A joint operation conducted on September 9 by the marine conservation group Sea Shepherd Global and the East Timor National Police (PNTL) resulted in the capture of the Hong Long Fisheries / Pingtan Marine Enterprises fishing fleet at anchor off the coast of Com, East Timor.

Sea Shepherd’s patrol vessel Ocean Warrior delivered armed police to board the vessels, along with drones to document the operation. After searching for the fleet of 15 vessels for the past two weeks, the Ocean Warrior found them 150 kilometers (95 miles) south of East Timor, fishing with anchored gill nets set to target bottom dwelling species such as sharks. Sea Shepherd documented the vessels retrieving their nets and the catch appeared to be 95 percent sharks, as well as lots of broken coral.

The company who owns the Fu Yuan Yu Leng 999, Hong Long Fisheries, also owns the 15 vessels operating in East Timor, although Pingtan Marine Enterprises, listed on the U.S. Nasdaq stock exchange, have announced to their shareholders that they also own the 15 vessels and licenses operating in East Timor. The fishing companies are both based in Fuzhou, China. Pingtan was kicked out of Indonesia by Fisheries Minister Susi Prudjiastuti in 2014 and so far have not been allowed to return.

The Ocean Warrior is currently monitoring the fleet that are now at anchor on the north coast awaiting refueling. Sea Shepherd fears that the fleet will be allowed to escape again due to high level deals being struck to release them by corrupt officials. 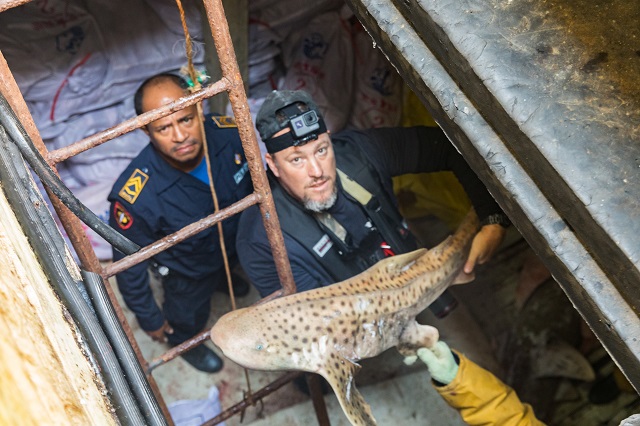 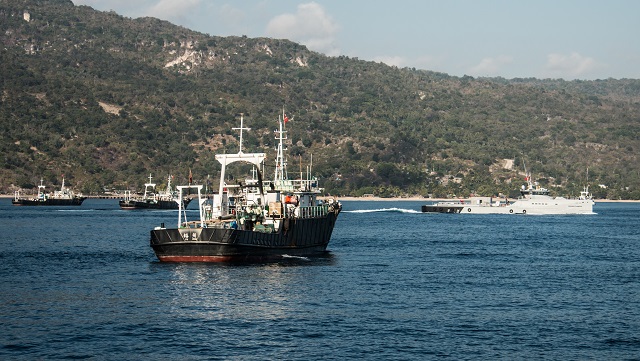