A Vote for Responsible Arctic Development

Shell’s Arctic drilling is expected to begin soon. MarEx spoke to David Holt, President of the U.S. Consumer Energy Alliance (CEA), to discuss what it means for Alaska and the nation's Lower 48 states. 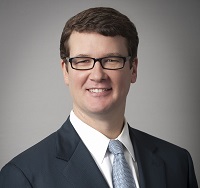 Does the CEA have an official view on whether or not Shell should have been given the go-ahead in the Chukchi Sea?

CEA has long advocated for expanded access to responsible offshore energy production as a means to grow our economy and lower energy prices. CEA supports the expansion of energy development on federal lands in Alaska in particular to protect the longevity of the Trans-Alaska Pipeline System, ensure the financial solvency of the state of Alaska, and provide consumers in Alaska and throughout the nation with a domestic source of fuel.

For that reason, and grounded in the understanding that we can have both energy development and environmental protection, CEA has advocated for the federal government to move forward in a timely manner to grant the approvals necessary to access resources in the Chukchi. With federal waters offshore Alaska estimated to contain a mean ~27 billion barrels of undiscovered oil and ~132 trillion cubic feet of undiscovered natural gas, Alaska’s offshore has a critical role to play in meeting U.S. energy supply needs.

How do you view the Chukchi Sea’s potential?

With an estimated mean undiscovered, technically recoverable 15.38 billion barrels of oil and 76.77 trillion cubic feet of natural gas, the Chukchi Sea offers more resources than any other undeveloped U.S. energy basin, and according to experts may be one of the world’s largest sources of untapped oil and gas.

Access to these resources is critical to maintaining a domestic supply of affordable and reliable energy and sustaining and enhancing our economic and national security and quality of life, and approval for Shell to explore its Chukchi leases is a pivotal step toward ensuring that consumers in Alaska and across the United States can actually realize the economic and societal benefits associated with our vast Arctic offshore resources.

The CEA website shows a recent poll of a small part of the U.S. Do you think that is indicative of the wider community in the U.S.?

Since October 2014, CEA has conducted public polling in Alaska, Georgia, Iowa, Louisiana, New Hampshire, and South Carolina, and they all conclude the same thing: Voters in all six states strongly support offshore energy exploration in the U.S. Arctic.

Recent CEA polling in Virginia, North Carolina, and West Virginia also reflects overwhelming voter support for expanded offshore energy exploration. Combined with other nationwide polling showing overwhelming support for offshore energy exploration, there is no doubt that this is broadly reflective of Americans’ views overall. Since December alone, CEA has submitted more than 200,000 comments from consumers all across the country in support of Arctic development.

What does the go-ahead for Shell mean for Alaska?

In addition to helping to ensure a steady stream of energy supplies that keeps the Trans-Alaska Pipeline System operational, successful drilling and subsequent development could mean substantial jobs, economic activity and public revenues.

A 2009 study by the University of Alaska’s Institute of Social and Economic Research and Northern Economics found that over a 50-year period new offshore energy production in Alaska’s Chukchi, Beaufort, and North Aleutian Basin would produce an annual average of 35,000 jobs – both directly and indirectly tied to the industry – for the state of Alaska alone, with a total payroll of $72 billion and potential state government revenues totaling $15.3 billion.

It also projected total employment as a result of Chukchi development to exceed 22,000 by the end of the 50-year period.  Importantly, the overwhelming majority of Alaskans support energy development with 73 percent of the state’s voters voicing specific support for offshore drilling in U.S. waters inside the Arctic Circle.

What does approval for Shell mean for the rest of the U.S.?

Beyond access to billions of barrels of domestic oil and trillions of cubic feet of domestic natural gas, a follow-up study in 2011 by the same organization estimated that over a 50-year period economic activity resulting from offshore development in Alaska’s Beaufort and Chukchi seas could generate an annual average of 54,700 jobs nationwide, an estimated cumulative payroll amounting to $145 billion, and $193 billion in federal, state, and local revenues. It also found that Chukchi Sea development alone could generate 24,600 U.S. jobs and $96 billion in government revenues.

Additionally, development in the Beaufort and Chukchi will help build a U.S. presence in the Arctic region, a place where we currently lag behind other nations. The Arctic is growing in importance as new opportunities open up for energy exploration and transportation. It is important that the U.S. build on its gains in the region with its leadership of the Arctic Council by consolidating its activities in the region and offering a check on other nations that seek to use the Arctic to advance their own self-interests.

As a federal advisory committee recently reported to the U.S. Secretary of Energy, “The U.S. Arctic can make an important contribution to sustaining overall U.S. crude oil supplies at a time when Lower 48 production is projected to be in decline, and extend the energy security benefits that the United States is currently enjoying.”

How do you view environmental concerns regarding impact on marine animals in the area and the potential for an oil spill?

CEA recognizes that we can have both energy development and environmental protection, and understands that offshore development can and must be done safely.

Since the original Chukchi lease sale 2008, there has been ample opportunity for environmental review and public input, and as the Bureau of Safety and Environmental Enforcement recently noted, Chukchi drilling activities are being held to the “highest safety, environmental protection, and emergency response standards.”

It is also noteworthy that since 1971, when Arctic drilling began, more than 80 wells have been drilled in the Alaskan OCS – all without incident.

Do you believe the government has been vigilant in its appraisal of the drilling project?

Proposed drilling in the Chukchi has been subject to years of government reviews since the leases were first issued in 2008. Considering that it takes 10 to 30 years of preparation and drilling to bring oil to market, as the National Petroleum Council recently reported to the U.S. Secretary of Energy, we must begin to explore these resources now in order to ward off a renewed and otherwise forecasted reliance on imported oil.

That is one reason why the recent issuance of Chukchi drilling permits, although a good interim step, is so troubling. “Just in time” regulatory approvals create an environment of tremendous uncertainty and discourage rather than incentivize the significant investments that will be required to develop Arctic offshore resources.

To highlight the urgent need for increased Alaskan production, despite the resurgence of domestic production associated with the energy revolution, net imports of oil to the western U.S. have skyrocketed.  With its strong reliance on Alaskan energy, it is no surprise that this has coincided with a steady decline in production in Alaska.

Is there anything else you would like to say?

The majority of American consumers and businesses leaders understand that energy production is not an either-or choice between economic and environmental prosperity. They know the potential risks – and sky-high rewards – associated with offshore energy production. They know we can mitigate the risks and solve the challenges linked to environmental protection and responsible energy development.

There is a lot riding on sustaining and expanding Alaskan energy production – the pocketbooks of consumers, the balance sheets of businesses and governments, and the job security of millions. This opportunity is too important to let pass us by.

That said, oil and gas is not the only answer. We can and must diversify our energy portfolio and expand use of wind, solar, geothermal, nuclear and other energy sources - as well as continuing our great track record of conservation and improved efficiency. We need it all to drive our economy, with oil and natural gas meeting most of our needs for at least the next several decades.