The blessing ceremony of the tugboat Ursa Major was held on Tuesday by Monsignor Molinari, during the typical installation of the Holy Mary on the bow of the boat.

Ursa Major, owned by the company Arcelor Mittal Maritime, arrived at San Giorgio del Porto’s shipyards the summer of last year, following a fire that damaged different parts of the ship, including the engine rooms, the lodgings and the navigation bridge, while the boat was sailing in the waters close to Gioia Tauro (Calabria).

The tugboat is now ready for the sea trials that will take place in the next few days, while the delivery is expected by the end of the year. 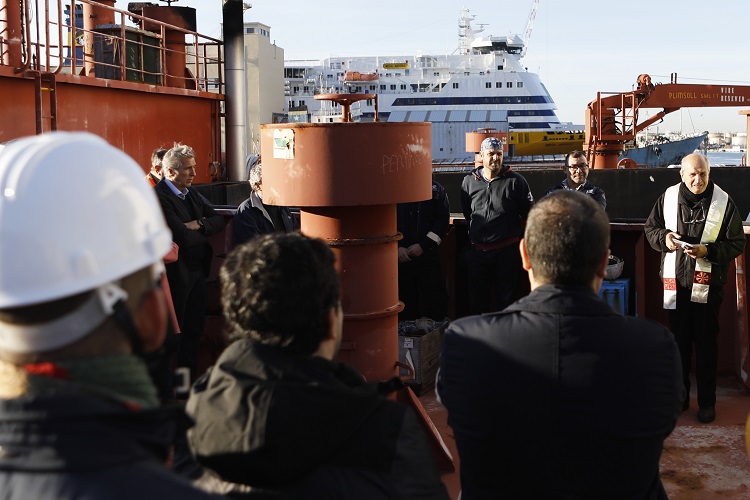 On Tuesday, Damen's Song Cam Shipyard held the keel-laying ceremony for the world's first full size fully-electric harbor tug. The new vessel is under construction for the Ports of Auckland, New Zealand, as part of the port's ambition to reach zero-emissions operation by 2040.  “We are very excited to make a start on the construction of this innovative vessel. We are also very proud to be maintaining our schedule during this challenging time when the coronavirus pandemic continues around the...

Investigators in the United States and Canada reported breaking up auto theft rings that had been working to smuggle stolen cars concealed in containers bound for Europe, the Middle East, and Africa. In total, in the first six months of 2020, the independent efforts recovered nearly $3 million in stolen vehicles. Working at the Port of Savannah, Georgia, U.S. Customs and Border Protection officers reported intercepting 40 stolen vehicles valued at nearly $1.5 million during their outbound enforcement operations and...