The USS Sioux City is the 13th littoral combat ship to enter the fleet and the sixth of the Freedom-variant design. She is the first naval vessel to be named in honor of Sioux City, Iowa. The fourth-largest city in the state, Sioux City was founded in 1854 at the navigational head of the Missouri River and takes its name from one of a group of North American Indian tribes that make up the Great Sioux Nation.

The vessel, built by Lockheed Martin, is designed to complete close-to-shore missions and is capable of speeds in excess of 40 knots. It is equipped with Rolling Airframe Missiles (RAM) and a Mark 110 gun, capable of firing 220 rounds per minute. 40 percent of the hull easily reconfigurable, integrating capabilities like the Longbow Hellfire Missiles, 30mm guns, and manned and unmanned vehicles.

"LCS is our most effective fleet asset to counter asymmetric small craft threats," said Chief of Naval Operations, Admiral John Richardson. "This ship and the ships like her are going to complicate any adversary's operating picture. You're going to need to keep track of Sioux City when she's at sea, because if you don't, she's going to make you pay for that."

There are seven ships in various stages of production and test at Fincantieri Marinette Marine, where the Freedom-variant LCS is built. The next Freedom-variant in the class is LCS 13, the future USS Wichita, slated for commissioning in Mayport, Florida, in January. LCS 19 is scheduled for christening on December 15. 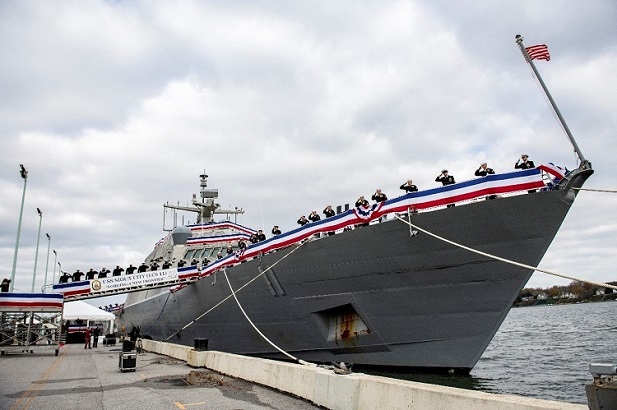 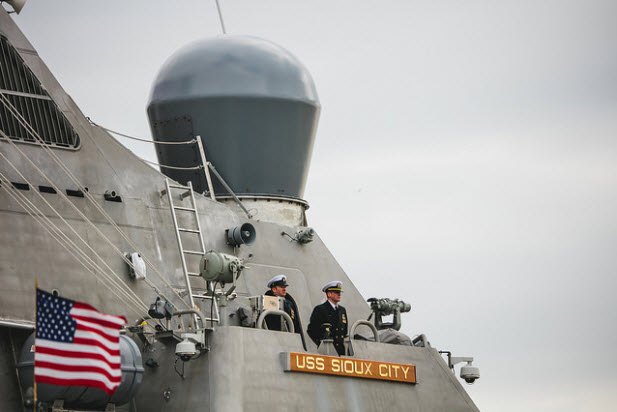 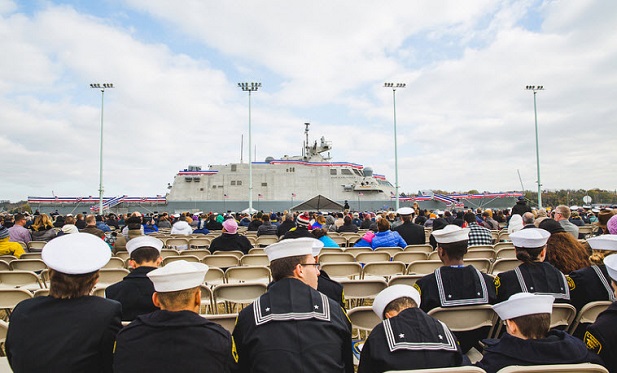 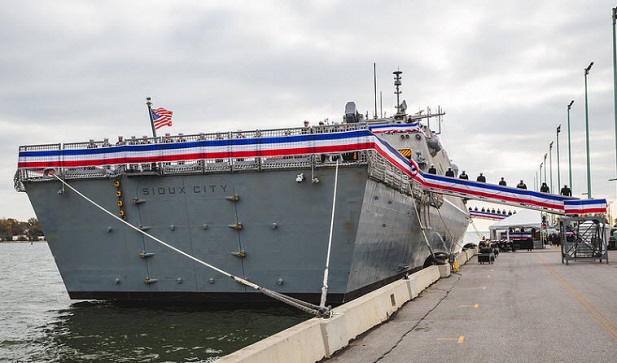