The Stories that Defined 2017

Looking back at The Maritime Executive's most-read articles, we see a year that reflected on tragedy and then forged ahead with solutions. 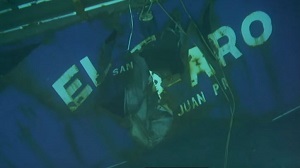 In June, the Coast Guard Marine Board of Investigation hearings into the 2015 loss of the El Faro opened for the third and final time. The discussion touched on the master's decision-making process before moving on to the Coast Guard's technical review of the vessel’s stability. In its report, the Coast Guard's Marine Safety Center found that the El Faro crew had to contend with a large free surface effect from flooding in Hold 3, which runs the full width of her beam; a large wind heel from 70-90 knot sustained winds and heavy seas of 25-30 feet.

The Coast Guard Marine Board of Investigation released its final report into the tragedy that left 33 dead in October. The 200-page document outlined the timeline of the vessel's final voyage, the causal factors behind her loss and gave recommendations for preventing future casualties. 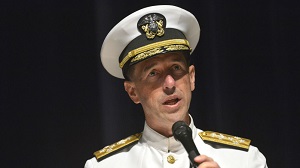 Initial findings released in July indicated that the USS Fitzgerald was likely at fault in her June 17 collision with the container ship ACX Crystal. Seven died and three were injured in the incident.

This tragedy was followed by another on August 21 when the USS John S. McCain was involved in a collision with the merchant vessel Alnic MC while underway east of the Straits of Malacca and Singapore. Ten Sailors were killed.

In September, Vice Admiral Thomas Rowden announced the implementation of common standing orders for bridge and engineering watchstanders across the fleet. Rowden said at the time that the orders will accommodate variations in vessel-specific equipment, but they will "provide common business rules for all bridge [and combat information center] watchstanders."

Among other measures, the orders add an additional duty for watchstanders. Bridge and CIC watches now have to calculate maneuvering board solutions for all surface contacts with an initial CPA of 5,000 yards or less – suggesting a large number of plots during transits in congested waters.

In October, Adm. John Richardson released his preliminary conclusions from a fleetwide “operational pause” in the wake of the USS McCain and USS Fitzgerald collisions. He reminded commanders that the ultimate responsibility for any unit's performance always lies with the C/O, but he focused his comments on a lower level of leadership. Richardson asserted that if it wants to improve its readiness, the Navy needs to empower its small units and junior officers, giving them the freedom and tools they need to own their own performance.

Up-to-the-Minute Coverage of the Hurricanes 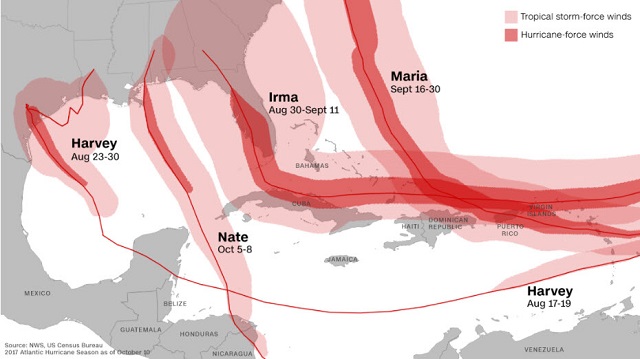 The Maritime Executive kept readers up-to-date on the devastation caused by Hurricanes Harvey, Irma and Maria and provided in depth coverage of relief efforts. Hurricane Harvey hit south Texas and Louisiana in August, bringing 27 trillion gallons of rainwater to the region. The hurricane reached Category 4, with 120 mph winds, and over 80 people were killed. Around 31,000 federal personnel responded to the devastation. Hurricane Irma caused serious damage to the fragile Florida Keys as well as many Caribbean islands at the end of August and the beginning of September. Irma was the strongest Atlantic basin hurricane ever recorded, and over 60 people died. Then, Hurricane Maria hit Puerto Rico in the middle of September. It was the first Category 4 hurricane to directly impact the island in 85 years, and it caused widespread damage.

Among the year's most-read articles was a pictorial focus on the efforts of Resolve Marine.

An Indian appeals court finally acquitted the 35 crewmembers and security guards of the Seaman Guard Ohio in November. The 35, six former British soldiers, 14 Estonians, three Ukrainians and 12 Indians, were sentenced in January last year to five years in prison on charges of illegally transporting weapons and ammunition in Indian waters in October 2013 on the anti-piracy vessel, which was operated by AdvanFort. The families of the men, and the industry at large, saw the mens' treatment in India as a travesty of justice. 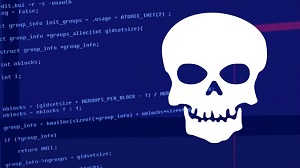 Action on cyber security in the maritime industry was a strong theme running through the news of 2017, with one of The Maritime Executive's most-read articles being Dana Goward's analysis of an apparent mass and blatant GPS spoofing attack involving over 20 vessels in the Black Sea in June.

This was followed in July with the release of the second edition of The Guidelines on Cyber Security Onboard Ships, compiled by a joint industry group led by BIMCO. The second edition includes information on insurance issues and how to effectively segregate networks, as well as new practical advice on managing the ship to shore interface and how to handle cyber security during port calls and when communicating with the shore side. The chapters on “contingency planning” and “responding to and recovering from cyber incidents” have been rewritten to reflect the fact that the guidelines are aimed specifically at ships and the remote conditions prevailing if a ship’s defenses have been breached. 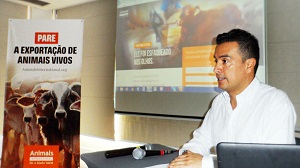 Among the most-read articles this year was news of animal cruelty in Brazil's live export trade. Animal welfare organization Animals International exposed the brutal treatment of exported animals once they reached slaughterhouses in Egypt and Lebanon. Investigators witnessed cattle from Brazil being stabbed in the eyes, ears and legs in Egypt and suffering prolonged cruelty in Lebanon and have subsequently embarked on an awareness campaign in Brazil where tens of thousands of cattle are sent to Egypt and the Middle East for slaughter each year.

Unlike Brazil, Australia, another leading exporter of both cattle and sheep, has already introduced specific measures aimed at preventing cruelty in importing nations. Australia is the only country in the world with legislation that decrees that the welfare of Australian-originated livestock remains the responsibility of the Australian exporter. The livestock retain their national identity to the point of slaughter, irrespective of any subsequent ownership transfer. Such legislation has not yet been adopted by any other of the more than one hundred livestock exporting nations. 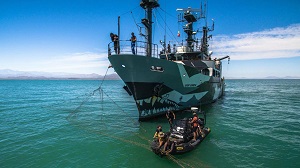 Sea Shepherd's call for Denmark to be held accountable for whaling in the Faroe Islands was also among the most-read articles, as was the news that Japan meet it's whaling quota this year. Sea Shepherd's direct actions to stop whaling around the world continue to evoke both widespread support and widespread criticism.

What will 2018 bring? The Maritime Executive will keep you well-informed.