Clamping Down on Ivory Smuggling 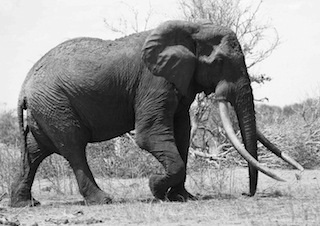 Last year, one of Kenya's most adored elephants, Satao, was killed for his ivory. Poachers shot the bull elephant with a poisoned arrow in Tsavo East National Park, waited for him to die a painful death, and then hacked off his face to remove his massive tusks.

Poachers continue to kill an estimated 30,000 elephants a year, one every 15 minutes, fueled to a large extent by China’s love of ivory. Thirty-five years ago, there were 1.2 million elephants in Africa; now around 500,000 remain.

A recent documentary, 101 East, released by Al Jazeera, traces the poaching of elephants and smuggling of ivory from Tanzania’s port of Dar es Salaam through the port of Zanzibar to Hong Kong and Shanghai.

Hong Kong is one of the busiest ports in the world. It handled nearly 200,000 vessels last year and is a key transit hub for smugglers transporting ivory from Africa to China. Between 2000 and 2014, customs officials seized around 33 tons of ivory, taken from an estimated 11,000 elephants.

With the huge challenge faced by customs and other law enforcement agencies in West Africa, wildlife crime is on the rise. Regional traffickers and organized crime groups are exploiting weak, ineffective and inconsistent port controls throughout the region.

To address the issue, the United Nations Office on Drugs and Crime (UNODC) organized a workshop in Accra, Ghana, from August 25 to 27 August, and in Dakar, Senegal, from August 31 to September 2. The objective was to provide training for national law enforcement agencies to better fight wildlife crime through the control of maritime containers. The workshop was led by trainers and experts from UNODC, the World Customs Organization (WCO) and the CITES Management Authority. 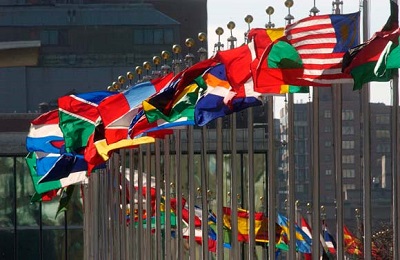 The Container Control Programme has been developed jointly by UNODC and WCO to assist governments to create sustainable enforcement structures in selected sea and dry ports to minimize the risk of shipping containers being exploited for illicit drug trafficking and other transnational organized crime. The implementation of the program is an opportunity for UNODC to work with governments in establishing a unit dedicated to targeting and inspecting high-risk containers.

UNODC, in partnership with WCO, delivers basic training programs and provides technical and office equipment. For example, the equipment connects the units to the WCO’s ContainerCOMM - a restricted branch of the Customs Enforcement Network dedicated to sharing information worldwide on the use of containers for illicit trafficking.

Wildlife trade is a transnational organized crime that raises profits of about $19 billion annually. In addition, it is often linked to other crimes such as arms trafficking, drug trafficking, corruption, money-laundering and terrorism - that can deprive developing economies of billions of dollars in lost revenues. 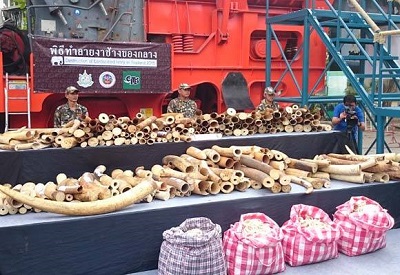 It’s hardly surprising that many of the big ivory seizures made in recent years have been detected in shipping containers, says Dr. Richard Thomas, Global Communications Coordinator for the environmental organization TRAFFIC. “Partly that’s due to the sheer quantity of ivory being moved (the largest-ever ivory seizure was 7.1 tons) - which from a practical and cost point of view makes sea carriage more attractive than air carriage.

“Also in the smugglers’ favor is the huge numbers of containers moved by sea. Some of the big ports in Asia deal with literally thousands of containers per day. Obviously it’s not practical or feasible to inspect each and every one, and that’s something the organized criminal gangs behind the trafficking rely upon.”

There’s lots of issues to be dealt with, says Thomas: For example, even when an enforcement agency makes a seizure, it’s not easy to find out who actually booked the passage for the container and who knew precisely what was in it and actually put it there. “That’s one area where transport companies can collaborate with enforcement agencies to assist follow-up enquiries. Obviously companies have records of where the container is headed too, obviously key information for follow-up actions,” says Thomas.

TRAFFIC recently ran a workshop in Bangkok under the auspices of the Wildlife Trafficking Response, Assessment and Priority Setting (Wildlife TRAPS) project, targeting the movement of illicit wildlife cargoes across borders.

“The transport industry can serve as the eyes and ears of enforcement agencies as part of a global collaboration to eliminate the poaching and trafficking of illegal wildlife commodities,” said Nick Ahlers, Leader of TRAFFIC’s Wildlife TRAPS project.

“To be successful, the entire logistics sector needs to be part of a united push to eliminate wildlife trafficking from supply chains. In particular, we would welcome participation from major shipping lines and the cargo and baggage-handling sector.”

If nothing is done to stop the ivory trade, Africa’s wild elephants could be gone in a few decades.

A short documentary-style film about the African Elephant by RedWind Photography. Filmed in multiple locations through out Zimbabwe. Music By Oliver Mtukudzi - Dzoka Uyamwe. FaceBook: www.facebook.com/RedWindPhotography