For thousands of years, maritime authorities have relied on tip-offs, patrols, investigations and random inspections to find smuggled goods. Today they have a variety of additional methods at their disposal, and one of the most promising is also the most intuitive: looking at every vessel’s historical behavior.

Israeli firm Windward was founded to collect, vet and analyze AIS, along with a variety of other commercial data sources on maritime traffic. Just having access to the massive quantity of data that the world's fleet generates is not sufficient: it could take weeks for a human operator to sift through the records of just a few hundred ships, and law enforcement agencies need actionable intelligence in real time.

This is where Windward excels. Its system uses proprietary algorithms to find specific ships that may be involved in illicit activity based on a number of "red flag" behaviors. Loitering just off of a village or an uninhabited bay may be a sign that a vessel is engaged in tendering goods or passengers from shore. Similarly, when a ship turns off its AIS transmitter or changes its AIS reporting name near smuggling hotspots, it may be taking on contraband. And a ship with a well-established trading pattern that suddenly heads to a troubled region may be engaged in a new (and not entirely legitimate) line of business.

These behaviors are obvious when Ami Daniel, Windward's CEO and co-founder, walks through a few examples in a live presentation. The novel development isn’t the signal pattern – it is the fact that his firm can automatically find it, without knowing which ships to examine in advance. It doesn't matter if a vessel is operated by a reputable company or a known North Korean front – Windward’s system analyzes records for the entire fleet, and if a vessel looks suspicious, it gets flagged.

A few cases illustrate the potential of this approach. In Windward’s best-known example, a Cyprus-flagged reefer with a history of trading between Northern Europe and West Africa headed to a port in Ukraine – well outside its normal pattern. It returned towards the Strait of Gibraltar, but before passing through to the Atlantic, it lingered off of Algeria and Morocco for 12 days. It turned its AIS on and off multiple times in busy shipping lanes during this loitering period. Windward notes that this region is at high risk for the smuggling of arms and narcotics. 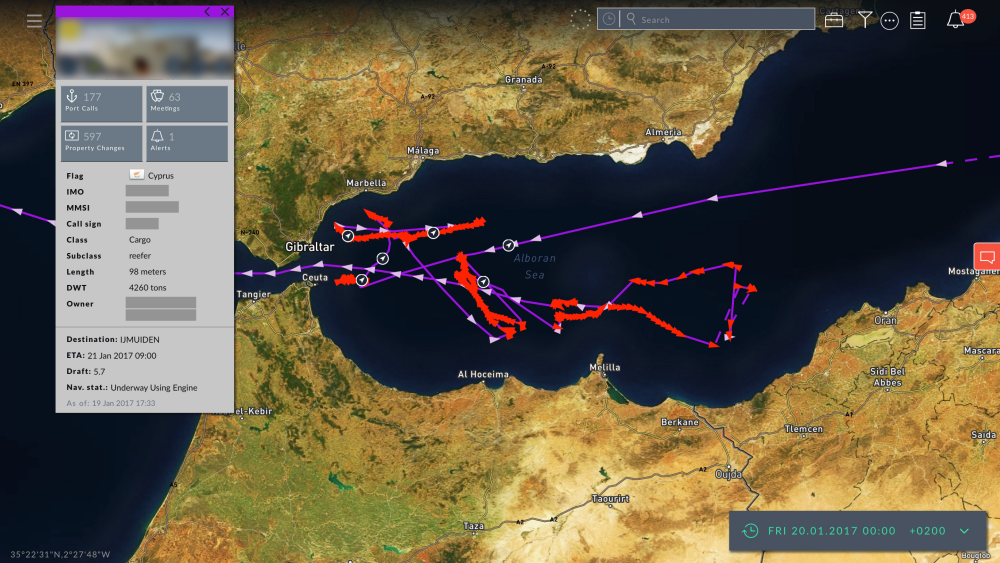 After passing through the Strait of Gibraltar, the vessel headed north towards Scotland, where it arrived on January 14. It loitered again for half a day in a small bay off the isle of Islay – an area without a port for a 4,200 dwt ship. Windward's system flagged this behavior as a potential sign of a smuggling drop-off, though it is also possible that the ship anchored up to wait out foul weather or to time its arrival. 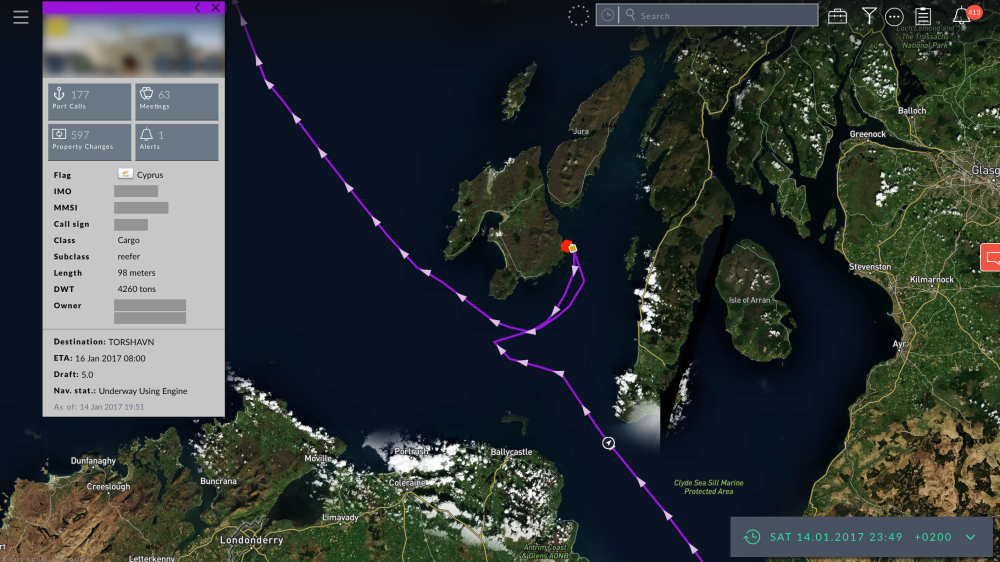 This particular case made headlines in the UK when Windward told media that hundreds of vessels with suspicious records entered British waters in the first two months of 2017. The story was picked up by the Global Mail, Sky News and the Daily Record, and Scottish politicians called on the authorities to look into the matter: “This requires investigation, certainly by the police and, I suspect, by the security authorities to clarify what’s going on," said member of Scottish Parliament Mike Russell.

These results capture attention, and Daniel says that the firm is marketing the system's abilities to multiple government agencies. The kind of smuggling/trafficking behavior that it can identify is often associated with organized crime and the financing of terrorism, so it has a great deal of appeal for intelligence applications as well as maritime security / maritime domain awareness. He suggests that for now, commercial users (traders, brokers and others) are not a target market, nor does he foresee branching out into similar offerings for trucking or air freight. Windward does one thing well – very well – and Daniel expects that it will invest in its core strength for some time to come.