The LNG carrier market has been highly cyclical and is often driven by global macroeconomic events. The growth of LNG carriers over the past decade has been synonymous with the growth in global LNG import and export capacity. However, in recent years the increase in LNG cargos hitting the market has led to an oversupply problem, causing a significant decline in LNG spot prices.

This oversupply has heavily impacted the LNG carrier market resulting in appetite for newbuild carriers to dwindle. In 2016, orders for newbuild LNG carriers amounted to only six units (excluding two optional orders) – a 92 percent decline compared to the number of LNG carriers ordered in 2014.

The recent focus on the LNG market oversupply and the continuous growth in LNG export capacity is, however, masking the continuous increase in LNG demand. Whilst increasing demand has been driven by traditional demand hubs, such as China and India, several new LNG importers including Poland, Jordan, Malta and Pakistan have also emerged in the last two years.

This is part of a trend of more countries seeking to utilize LNG to diversify their gas supply and improve power generation. Westwood expects this trend to continue, as 16 additional countries, including Bangladesh, India, Russia and Sri Lanka, commission their first floating import units (FSRUs) over the 2017-2021 period. These units are expected to unlock new import markets by providing a quick and cost-effective solution to the increasing local gas demand. 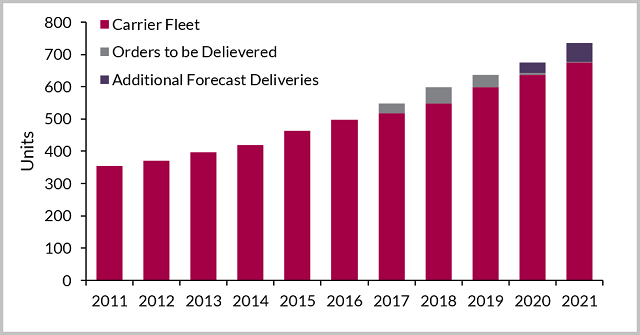 Over the forecast period, much of the LNG that will drive supply increase, will come from mega projects like Chevron’s Wheatstone in Australia, as well as North American projects such as Next Decade’s Rio Grande and Cheniere’s Corpus Christi.

The increase in demand will be driven by small and medium sized projects dotted across the world. As a result, LNG carriers will have to travel longer distances from supply bases such as the US to Asia/Europe or East Africa to Asia and this could potentially lead to an increase in carrier demand. 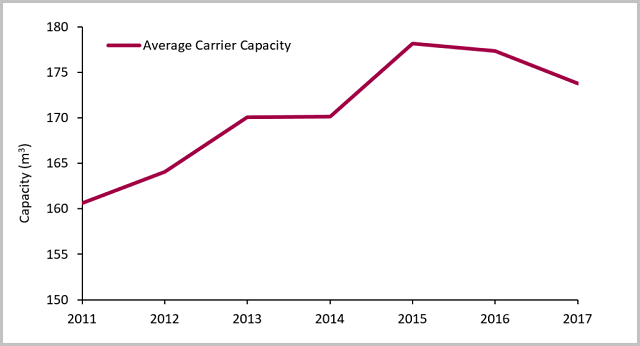 Over 80 percent of LNG carriers ordered in recent years have trended towards the large conventional carriers (150,000-179,999m3). This indicates the significant design improvements the industry has made for greater cost and operational efficiencies.

Whilst Westwood still expects oversupply to persist beyond the forecast period, continuous pro-gas energy policies in Asia in combination with expanding LNG trade routes are expected to support the demand for newbuild LNG carriers.

Mark Adeosun is an Analyst at Westwood Energy.