For three generations, the Minor family — today brothers Carson and Landon and their father Paul — have been up before first light to board their fishing tug and make their way to their fishing grounds on Lake Erie.

Most mornings, the Minors leave from Port Colborne, Ont., a small port city that sits at the entrance to the Welland Canal on the eastern end of Lake Erie. Each afternoon they return to the port to unload their fresh catch of perch and pickerel. Some of their catch is sold locally to eateries up and down Lake Erie’s north shore, and most is eaten within the Great Lakes region.

A few months ago, though, the Minors returned from a day of fishing to find their unloading zone under construction to make way for a new cruise ship dock. Without warning, the unloading zone their family had used for more than 70 years was blocked off. They were forced to move to a new port further away from their fishing grounds, increasing travel time and putting them at greater risk during bad weather.

The Minors have tried to address these problems with local leadership, but they have yet to find a tenable, long-term solution. 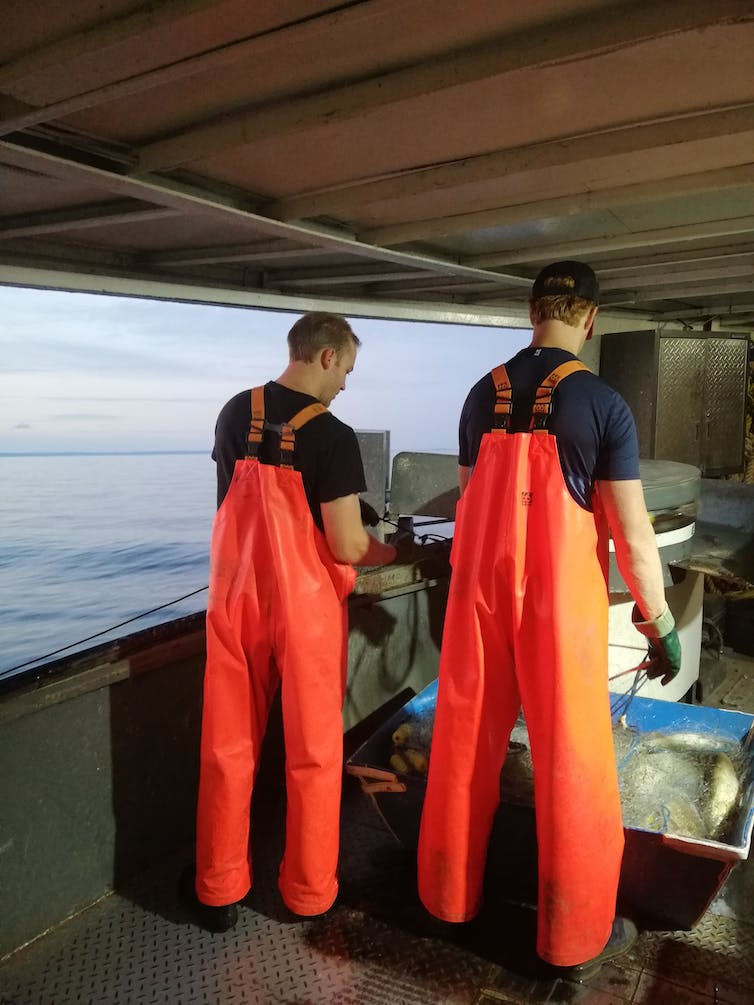 Carson (left) and Landon Minor (right) pull nets from the eastern waters of Lake Erie. Most of the perch, pickerel, and other species they catch on their quota are eaten within 250 kilometres of the Great Lakes. (Hannah Harrison), Author provided

The slow decline of working waterfronts

The Minors’ story is not new, nor is it isolated. Working waterfront access — the access needed by fishing folks to unload their catch, process fish and retrieve ice and fuel — is being affected by coastal gentrification, also called “coastal grabbing” by researchers who study these changing waterfronts.

For decades, tourism-oriented development and high-end waterfront housing have slowly been supplanting working waterfront infrastructure. But as more people work from home and are shifting from urban to rural residences, they may be unaware of the less palatable aspects of living near working waterfronts.

Ports such as Port Dover on the north shore of Lake Erie are seeing high-end condo development on their historic waterfront. These new residences also happen to be just a few hundred metres from the Port Dover commercial fishing basin. Will future condo owners, who bought the advertising of condos immersed in a fishing landscape, also enjoy the sound of diesel engines starting at 5 a.m. most mornings, or the occasional odor of fish on the breeze?

Tourists flock to Port Dover in the summer months to enjoy a perch dinner by the beach and watch the fishing tugs come in, but few wander over to appreciate the many moving pieces that get fish from the boat to their plates. This disconnect is a broken link in our understanding of seafood supply chains, and our food systems as a whole.

Canada is the sixth largest seafood exporter in the world, sending over two-thirds of domestically caught seafood to foreign markets. Yet a substantial portion of the seafood actually eaten by Canadians is imported, often from less sustainable fish stocks than those harvested in Canadian waters, and from supply chains that struggle with traceability and labelling.

While the export-driven nature of Canada’s seafood industry has been quite profitable for large players, it has led to the increasing consolidation of licences, quota and other key fishing infrastructure into the hands of fewer and fewer individuals. This trend has, in turn, driven up the cost of entry into many fisheries across Canada, in part preventing new generations of fishermen from entering the industry.

Decline and consolidation of working waterfronts have also made Canadian fisheries more vulnerable to crisis, such as what we saw in the spring of 2020 when the COVID-19 pandemic shuttered fisheries around Canada (and the world) as global seafood markets temporarily collapsed. Some of those fisheries already underway found themselves with nowhere to sell or process their catch.

As seafood became unavailable from traditional retailers, such as grocery stores and restaurants, consumers turned to local fishermen. This created a pandemic bump in demand for local seafood products and sales. While some harvesters were able to adapt their operations, many fishers without appropriate infrastructure to process their catch were left high and dry.

Working waterfront revitalization projects in Nova Scotia, as well as stories of waterfront challenges across Canada, have also received attention in recent years. In the U.S., groups like the Maine Coast Fisherman’s Association have made significant strides in identifying ways to protect existing working waterfront access and infrastructure.

From a Canadian policy standpoint, there are several options to strengthen working waterfront protections. Policy-makers could strengthen existing right-to-farm legislation, such as Ontario’s Farm and Food Production Protection Act or British Columbia’s Farm Practices Protection Act. In Ontario, this legislation asserts that agricultural areas, uses and normal farm practices should be promoted and protected in a way that balances the needs of farmers with public health, safety and environmental concerns.

While Great Lakes fisheries ostensibly fall under this act as part of food production, the act’s language only makes specific mention of “cultured fish.” In short, wild-caught fisheries may be excluded from the protections of the act, both in Ontario and elsewhere. This oversight could be amended to protect not only Canadian wild-caught fisheries, but also the working waterfronts that support them. 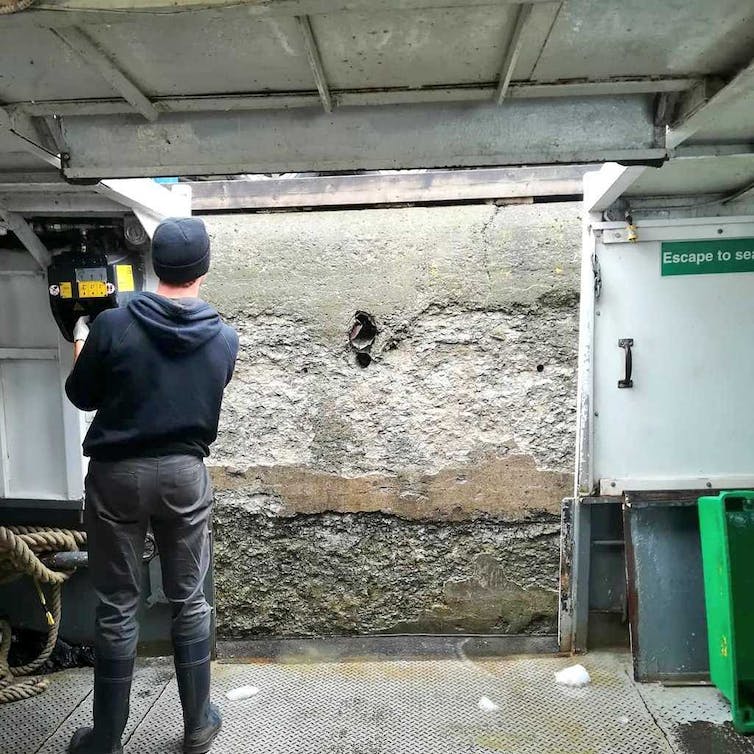 Landon Minor looks up the cement wall to where Paul Minor waits to unload a tote of yellow perch. The Minors must now unload up a vertical wall and over a railing in an active pedestrian walkway — an activity that will grow more dangerous in the summer months when they will share the walkway with tourists. (Hannah Harrison), Author provided

Alternatively, a localized movement to protect normal seafood harvester activities could also be effective at safeguarding waterfront access and infrastructure. Local or regional ordinances establishing a similar right-to-fish policy in coastal fishing communities could be a viable first step, as could establishing public trust doctrines that preserve public access and use of waterfronts over private interests.

Whatever route is taken, protecting working waterfronts is an essential step toward protecting fishing livelihoods and the food they provide.

Hannah L. Harrison is a postdoctoral scholar in the Department of Geography at the University of Guelph.