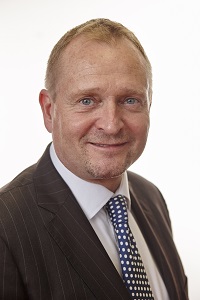 In recent years I have seen an increasing amount of ‘pity’ of the seafaring profession, in media and by various organizations. I take issue with that. And you should, too.

It seems to be standard fare these days to portray seafaring as a substandard profession; a career only for people without choice and a life full of hardship, it's dangerous, poor working conditions are rife and there is a cultural reliance on the pity of the world to make ends meet and to avoid exploitation - or worse fates.

There are 1.5 million seafarers in the world, and on the fringe there may be the occasional “loser and victim” out there. But painting the industry in a bad light due to marginalized cases in second-rate companies on poor ships is a disservice to vast majority of people in companies all over the world who have a lot to be proud of.

Yes, seafaring is not for the faint-hearted, and the job really does entail long periods away from home, with the sacrifices and pains that come with that. It can also on the margin be a dramatic, headline-attracting, experience. But for the vast majority it is more than a job. It is a vocation, and at its heart very different from other professions. It is a chance to work in a complex environment in an exciting industry that is central to global commerce.

On board a ship, every person counts, and the variability of the days make life aboard no dull matter. Wages on the whole are decent. On board a ship, all work as an independent, decision-making unit. As part of a large supply-chain, the ability of seafarers to take control or influence one’s own work is unrivalled. It’s a free life, where the periods of hard work and confinement are rewarded with extended time off after a tour of duty and financial freedom to pursue dreams that may otherwise not have been possible.

Not everything is what it should be, but show me the job that is without some regret or grievance, be it on board a ship or in a shore position? In the management of ships we have a large degree of autonomy as to how we address the workplace shortcomings – the solutions are often available for ourselves to put in place quickly and personally.

Again, this is in contrast to more mainstream professions toiling in an office, a workshop or a factory for years on end, often with thousands of colleagues as an anonymous cog in a big machine. Some seafarers will lambast the change in the scope of work over the years, but change is a constant in any industry and a key trait in the character of real professionals is adaptability to change.

Seafarers, to me, are people who can think on their feet. They are independent, creative individuals with a host of skills that cover a very wide range of life and work. They persevere where others give up. Founded on a strong technical and scientific knowledge seafarers are able to cope with a plethora of issues that ashore would require specialists of all sorts but which at sea are managed with ingenuity and teamwork.

Most importantly seafarers are an indispensable part of transportation between continents in an industry without which half the world would die of hunger and the other half would freeze to death! I am a seafarer and I am proud of it.

I therefore don’t need people – in particular people who have not been to sea themselves – to stereotype our industry with well-intentioned but misguided notions of how sad the life of a seafarer is. It is a job that can lead to shore-based roles for some, but it is also a job that in its own right is rewarding and exciting, for the right kind of person. It is a job chosen out of free will by individuals who have options and real choices in life and it is a proud profession, mostly occupied by people made of the right stuff!

So join me in rejecting the victimization of seafarers. Yes, no man is an island, and we can’t do it alone but as a team, together, we can improve on the conditions of work and life on board, and we don’t need the world’s pity to cope with the required adjustments. We are very capable, and we fulfill a role that is both important and for the special few.

Bjorn Hojgaard is CEO of Anglo-Eastern.