Something Fishy Going On with Rubber Bearings at Low Shaft Speeds

Thordon Bearings has successfully completed the commissioning of a set of water-lubricated SXL propeller shaft bearings to what is widely considered the world’s largest all-carbon sports fisher.

Four SXL bearings were retrofitted to the 39.5m (129ft) maxi sportfish yacht Lanakai in April after it was discovered that the original rubber bearings were causing a “high pitched squeal” when the shafts were turning at low RPM.

The newbuild vessel, a fast planing tri-deck yacht, was delivered to an international owner in 2018.

Jacob Power, Thordon Sales, Henley Group, Thordon Bearings’ distribution and engineering partner in the region, explained: “With the vessel spending a lot of time maneuvering, a high pitch screech is not conducive to a good day’s fishing. We were contacted four months after the delivery to see if Thordon’s bearings would be a better fit for this vessel.”

Power said the vessel’s crew first noticed the noise when the shafts were turning at about 120 RPM.

“The noise started quietly but became more apparent at 90 RPM, significantly increasing in volume as shaft speeds decreased to 60 RPM. The high pitched squeal also occurred every time the engine was taken out of gear, during maneuvering and berthing operations,” said Power.

As a sports fishing boat, Lanakai spends a significant amount of time fishing over deep reefs and the engines may be in and out of gear three or four times a minute to maintain position for hours. With the noise levels impacting on the guests’ experience, Lanakai’s Captain Danny Bos approached Henley Group to see if they had a solution.

The solution Henley provided was Thordon’s SXL bearing. After the vessel was docked at a boat yard in Auckland, Henley engineers assessed the twin-screwed vessel’s 139.7mm (5.5in) diameter shafts, which involved shaft alignment, bearing clearance and tolerance monitoring.

Once the shafts were pulled and the original bearings removed, the SXL bearings were machined to the required dimensions, taking only three hours to install and commission all four bearings. Lanakai was out of the water for a total of only nine days.

According to Henley Group, Lanakai has now successfully completed sea trials with the SXL bearings and the Captain has reported excellent results. “No squealing at all, in or out of gear or at low shaft speeds of 50 RPM. The owner is extremely pleased with the conversion to Thordon, as are those passengers fishing from the vessel,” said Power.

Bos said: “The team at Henley Group were great to work with from the first conversation to completion of the project. We are very pleased with the conversion to Thordon, the bearings have completely eliminated all bearing squeal and have not impacted the performance of the vessel in anyway. We recently completed a scheduled overhaul and inspected the bearings. The bearings appear to be wearing normally and we are expecting many years of bearing life.”

George Morrison, Thordon Bearings’ Regional Manager EMEA & ANZ, said: “We are immensely proud to be associated with this vessel. Lanakai is not only the world’s largest sports fishing vessel built using carbon-fiber, but also our first reference for this type. We are pleased Thordon was able to step in with a more silent and robust bearing solution for a composite craft.” 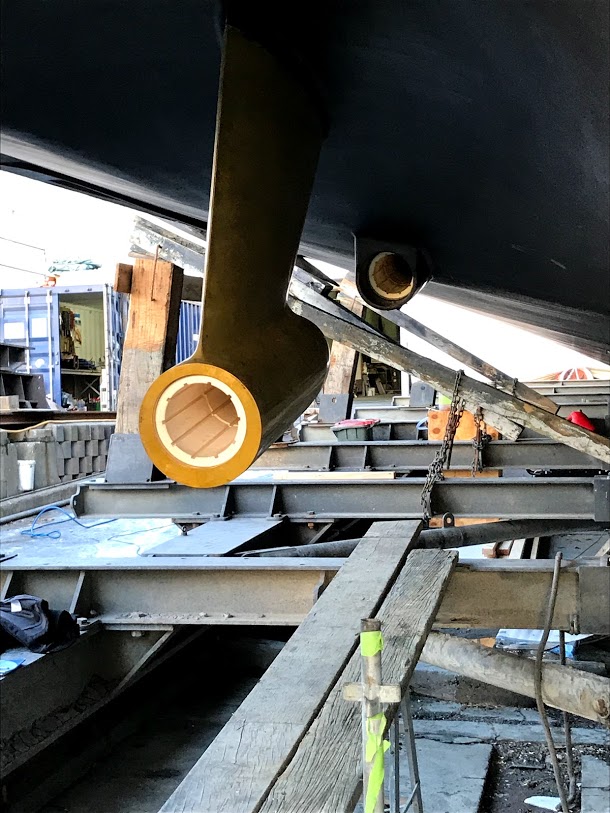