Who is Using Heavy Fuel Oil in the Arctic?

Dr. Bryan Comer of the International Council on Clean Transportation (ICCT) has examined the use of heavy fuel oil in the Arctic by flag state and ship type.

In 2015, in the area defined by the IMO as relevant for Polar Code, 2,086 ships operated for 2.6 million hours, traveling 10.3 million nautical miles, with 1.1 million tons of fuel on board, collectively, at any given time. These ships consumed 436 thousand tons of fuel and emitted 193 tons of black carbon. Comer says 889 of the 2,089 ships, or 42 percent, operated on heavy fuel oil; heavy fuel oil represented 57 percent of fuel use by weight, 76 percent of fuel carried by weight and 56 percent of distance-weighted fuel carried. In total, 68 percent of the 193 tons of black carbon these ships emitted resulted from burning heavy fuel oil.

Ships flew 65 flags, with ships registered in Russia consuming the most heavy fuel oil, distantly followed by Canada and Denmark. 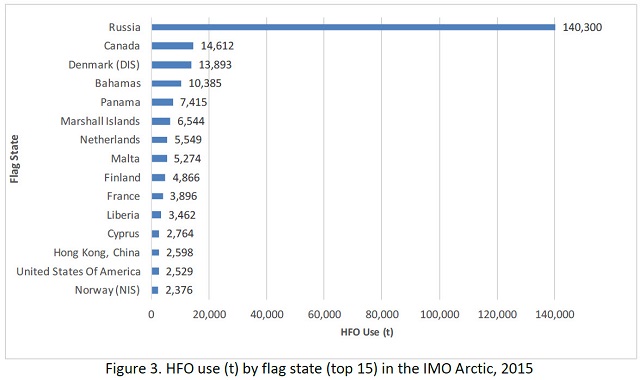 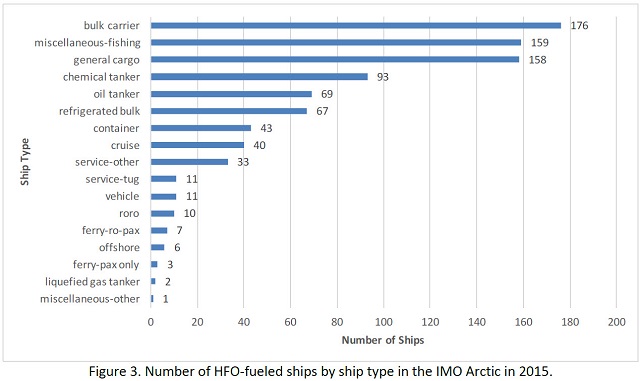