The newly released 2018 edition of the UNCTAD Review of Maritime Transport highlights that consolidation activity in liner shipping has continued unabated, creating a complex dynamic with ports that sees alliances gaining bargaining power. 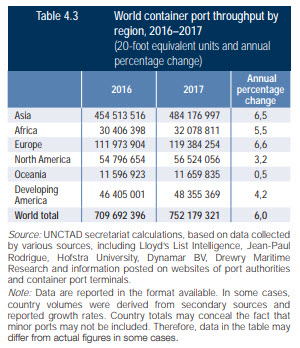 Growing consolidation can reinforce market power, potentially leading to decreased supply and service quality, and higher prices, notes the report. Some of these negative outcomes may already be in effect. For example, in 2017–2018, the number of operators decreased in several small island developing States and structurally weak developing countries.

“There is a need to assess the implications of mergers and alliances and of vertical integration within the industry, and to address any potential negative effects,” said Shamika N. Sirimanne, Director of UNCTAD’s Division on Technology and Logistics. “This will require the commitment of all relevant parties, notably national competition authorities, container lines, shippers and ports.”

“Increases in the size of vessels and the rise of mega-alliances have heightened the requirements for ports to adapt. While liner shipping networks seem to have benefited from efficiency gains arising from consolidation and alliance restructuring, for ports, the benefits did not evolve at the same pace. This dynamic is further complicated by the shipping lines often being involved in port operations which in turn could redefine approaches to terminal concessions.” 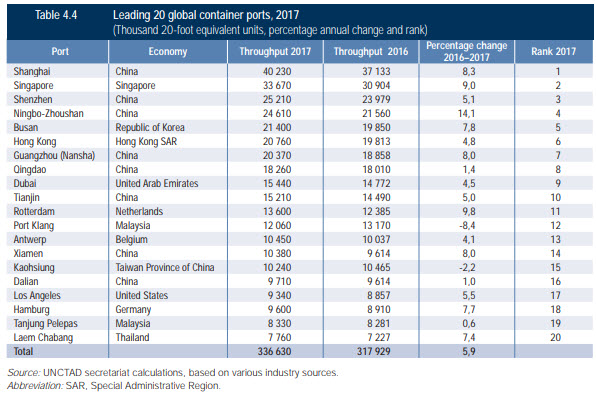 Tables courtesy of the UNCTAD Review of Maritime Transport 2018.