Construction is getting underway at Vietnam’s Ha Long Shipbuilding on the country’s first-ever superyacht cruise ships. The ships are being built by a partnership between Vietnam’s Elegance Hospitality Group, which operates luxury hotels, and Vietnamese shipping company the Viet Thuan Group.

The companies marked the commencement of work on the ships during a ceremony held on February 19 at the shipyard. They are proudly highlighting that the vessels will be 100 percent designed, built, owned, and operated by Vietnam marking a major advancement for the country’s merchant marine operations and designed to support the international tourism industry.

Each of the vessels will be 25,400 gross tons with the companies saying they are being built to international standards and featuring the latest amenities for luxury, privacy, and sophistication. The ships will measure 360 feet in length with a beam of 61 feet and feature seven passenger decks. There will be 55 suites, each with a private balcony, and providing accommodations for up to 160 guests. Cabins will include a large owner’s suite with a dining room, office, bar, kitchen, bedroom, and private sun deck. Each ship will have a crew of approximately 80. 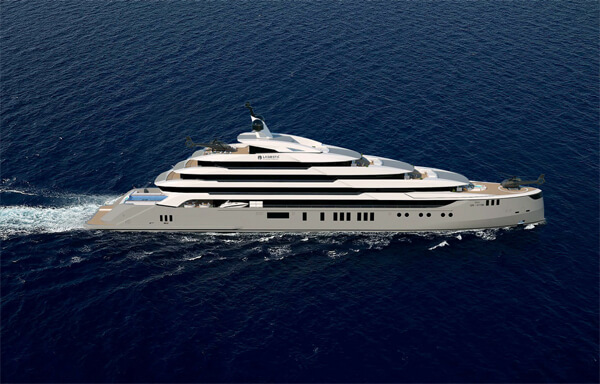 Among the amenities they are describing, in addition to luxury suites, each vessel will have a helicopter landing area for easy movement of guests. Aboard, the vessels will have a spa, luxury restaurant, wine and cigar bar, sky bar, and library. Activities will include a large, infinity salt-water pool with a beach club, movie and billiards rooms, a 3-D golf simulator, and a karaoke room. There will also be a kid’s club.

Ha Long Shipbuilding, which is building the ships, recently completed construction of a similar-sized luxury yacht cruise ship called the Emerald Azzurra. That luxury cruise ship was delivered earlier in February to Emerald Cruises, part of the Scenic Group, and will be cruising in the Mediterranean for the summer of 2022.

The Vietnamese cruise ships are due for delivery late in 2023 and will both operate in Ha Long Bay, a UNESCO World Heritage Site and popular travel destination in northern Vietnam. Hotel operations will be handled by the Elegance Hospitality Group, which also operates five luxury La Siesta hotels and resorts as well as restaurants, bars, and spas.

Marine operation for the two new ships will be handled by the Viet Thuan Group. The company currently operates ocean-going bulk carriers as well domestic bulk, barge, and inland transport and warehouses. 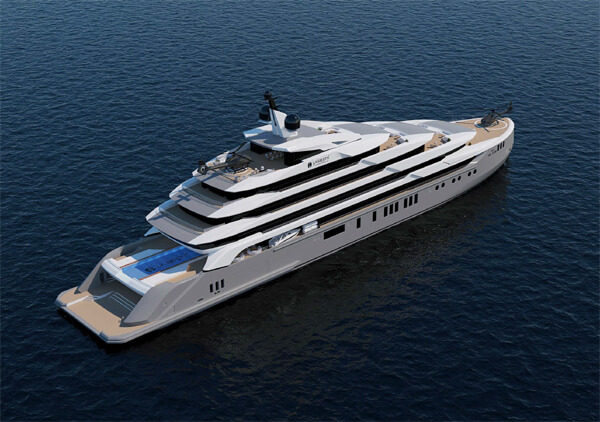