“The cruise industry is changing to see the demands of the modern-day family lifestyle,” says Sheridan Becker, a travel writer. Becker cites a number of issues contributing to the growth of short cruising, including that people can take less time away from work and that many wish to bring younger children and extended family. Shorter cruises can also be a more affordable vacation for larger family groups and increasingly can be embarked from local ports without the challenges of air travel.

Once, short cruises were where old ships went at the end of their careers, but then cruise lines started viewing short cruises a sampler for their core products. Now the lines recognize there is a growing group of consumers who like the shorter vacation. According to travel agents surveyed in the spring of 2017 by Cruise Lines International Association, 44 percent predicted increased bookings on cruises from three to five days.

However, as Gloria Price, Director of Marketing for WMPH Vacations, a cruise agency, points out, “the cruise lines are still putting their older tonnage in the short cruise market, but those older ships are still new, so the hardware is more attractive than it was years ago.”

Norwegian Cruise Line will be the first of the mass-market firms to expand its short cruise offerings. In May 2018, after an extensive overhaul and upgrade, the 1,936-passenger Norwegian Sun, will redeploy to Port Canaveral doubling Norwegian’s capacity on short cruises from Florida. She will introduce a new program of four-day cruises to Key West and Havana and three-day cruises to the Bahamas.

The addition of new ships to their fleets is also permitting the lines to redevelop some of their current ships to pursue new growth opportunities. Royal Caribbean International, for example, which first expanded its short cruise offerings when the Empress of the Seas returned to Florida in May 2016, will be increasing capacity on its short cruises from Miami, Fort Lauderdale, Port Canaveral, Tampa and Galveston. The 3,800 passenger Mariner of the Seas, which had been sailing in Asia, will take over the Bahamas short cruises from Miami in June 2018 and Port Canaveral in 2019. She is replacing the 2,730 passenger Enchantment of the Seas, which will continue to offer short cruises first from Port Canaveral and starting in May 2019 from Galveston. 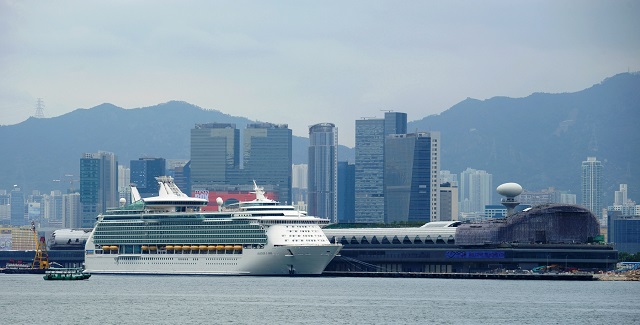 Mariner of the Seas

The lines are also no longer focusing just on the traditional three and four days for short cruises. “Of particular note is the growth in ‘mid-length’ vacations of five or six nights,” adds Gloria Price. “There are more choices for this length of cruise than ever before and offer guests more ship time and more variety in ports.” Short cruises traditionally most sailed to the Bahamas, which is just 90 nautical miles from Miami, or to the Ensenada, which is within easy reach of Los Angeles. Royal Caribbean started five day cruises to Bermuda, which was once only a seven day cruise market, and similarly has introduced short cruises in other markets such as Asia.

Similarly, Carnival Cruise Line has built its short cruise market with four and five day sailings from Galveston, New Orleans and Mobile to Mexico. Carnival’s success in these markets contributed to the recently announced plans to expand its short cruise programs in 2019. The 3,646-passenger Carnival Dream will reposition to Galveston for four and five day cruises. She is replacing the 2,974-passenger Carnival Valor, which will move to New Orleans for short cruises.

With the strong appeal of short cruises for younger travelers and in emerging markets such as China, growth is likely to continue.