The Coast Guard is coordinating the response to a disabled 480-foot tanker that suffered an engine room fire as it began to depart New York Harbor on Wednesday night.

The asphalt carrier Amber Bay had a fire ignite in the engine room shortly before 2000 hours. Her 22 crewmembers were able to extinguish the fire quickly using a fixed fire suppression system.

At 2005 hours, the crew alerted watchstanders at Coast Guard Sector New York about the engine room fire and that the vessel was now disabled about three miles south of Breezy Point.

Coast Guard cutter Shrike, a 90-foot patrol boat, and a small response boat from Coast Guard Station Sandy Hook were dispatched to the scene, along with NYPD and FDNY marine units. FDNY responders boarded the vessel and entered the engine room to ensure the fire was extinguished.

A safety zone is now in place and a plan is currently being developed to salvage the stricken vessel. As of Wednesday, there were no reported injuries or pollution.

According to AIS tracking, the Amber Bay had been in New York for 72 days. In October, she was towed into the harbor in October due to another, previous engine room fire. That incident occurred off Nantucket on October 5, and it resulted in significant damage to the ship's systems, according to the Coast Guard. Salvage tugs took her in tow on Ocbober 7, and she arrived in New York on October 9, where she remained until yesterday. 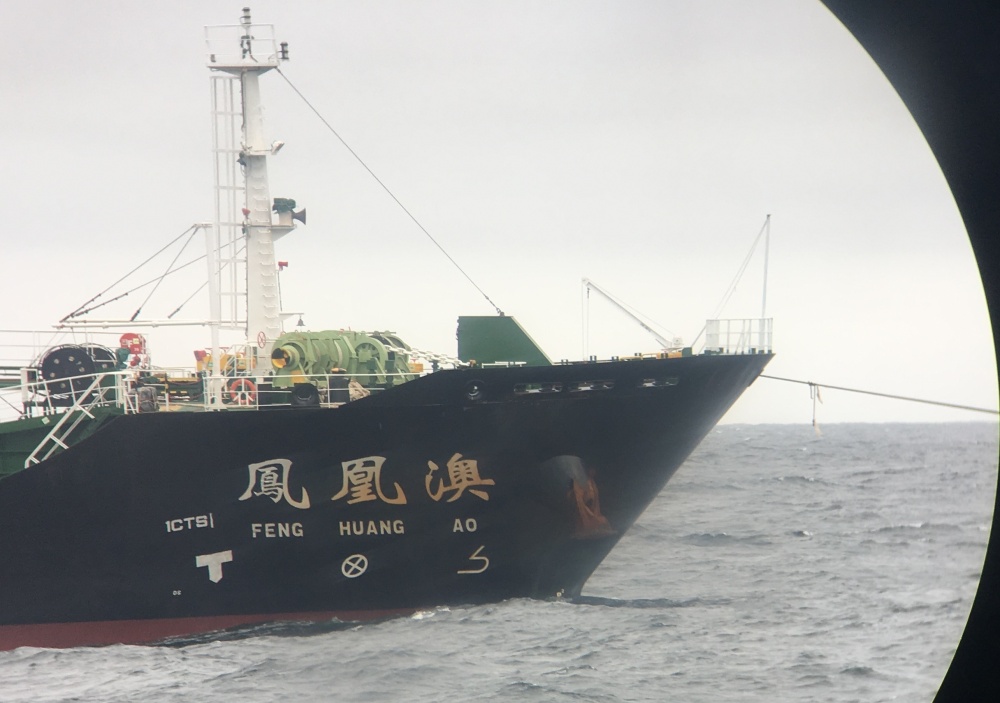 At the time of the previous fire, Amber Bay was operating under the name Feng Huang AO. Her new name took effect November 1, according to her Equasis record.

The 2016-built Amber Bay is owned and commercially managed by a leading asphalt-carrier operator based in the Netherlands.