Quark Expeditions held the keel-laying ceremony for its new expedition cruise ship Ultramarine on August 2 at Brodosplit in Croatia.

The keel-laying event, which also marks formal recognition of the 128-meter, 199-passenger vessel, included a Croatian folk music performance, as well as the centuries-old coin ceremony, in which a specially chosen coin is welded into the ship’s hull to ensure good fortune during the build and subsequent voyages. 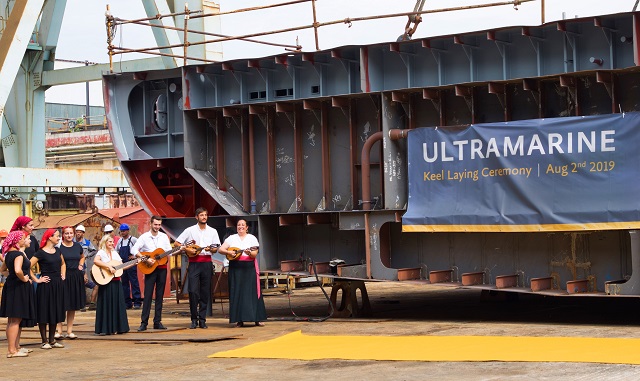 “The coin we chose is a beautiful silver coin featuring two Emperor penguins,” says Malcolm Ellis, Senior VP Operations at Quark Expeditions. “We chose this coin because it perfectly embodies Quark’s mission: to push the boundaries of polar exploration. In our three decades of operation, Quark Expeditions has accomplished a long list of polar firsts, including being the first to take guests to Snow Hill Island to engage with Emperor penguins in their natural habitat. Ultramarine’s mix of design ingenuity and technological innovation will allow us to continue adding to that list of firsts by taking guests further into the polar regions than ever before.” 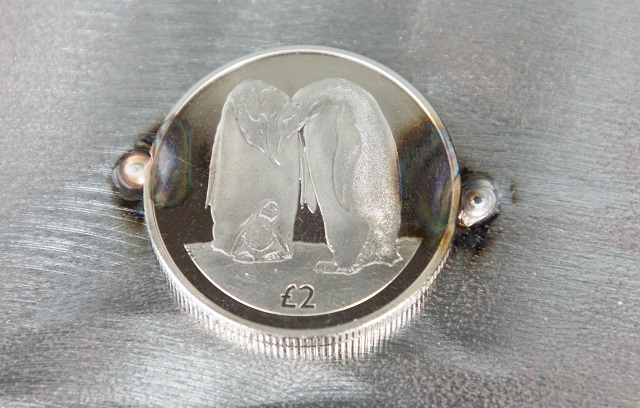 Ultramarine is purpose-built for polar sailing. The vessel's off-ship adventure options will include activities such as flight-seeing, heli-hiking and heli-skiing. She will have two twin-engine helicopters and two helidecks. She will house 20 Zodiacs, located close to the waterline, which can be quickly deployed from both sides of the vessel at four embarkation points that will be easily accessible from two passenger ready rooms, allowing guests to get off the ship in less than 20 minutes, half the industry average.

Ultramarine will have a 70-day operational range and will feature dynamic positioning to eliminate the need to drop anchor in sensitive seabed areas.