When an engine room fire broke out on the  Canadian ferry Holiday Island on Friday, the crew safely evacuated all passengers and kept the fire contained, according to first responders.

At about 1000 on Friday morning, the ro/pax ferry Holiday Island left the port of Caribou, Nova Scotia on a routine crossing to Woods Island, Prince Edwards Island. At about 1115 hours, JRCC Halifax received a distress call reporting that the ferry had suffered a fire in the engine room and had ran aground. The ferry crew mustered 200-plus passengers, launched the lifeboats and deployed evacuation slides from the top deck level. Nearby fishing vessels assisted as passengers disembarked and helped them make the short trip to shore. All safely got off the vessel, and no injuries were reported.

"I’m relieved to hear that all of the MV Holiday Island passengers have made it to land safely. I also want to thank the crews and first responders who acted so quickly and helped facilitate the evacuations – we’re grateful for your hard work," said Canadian Prime Minister Justin Trudeau in a statement.

This photo from Facebook moments ago appears to show PEI ferry Holiday Island with smoke pouring from mid-section.. pic.twitter.com/7TrVuYBDqN

If anyone knows the Capt. of the Mellissa Jayne fishing boat that helped evacuate the MV Holiday Island - our family is beyond grateful. Tell them we say Thank You! @LouiseMartinCBC #peiferry #mvholidayisland pic.twitter.com/iByHPzIlo5

A core team of crewmembers and an additional complement of firefighters remained on board to maintain boundary cooling on the fire, which was still confined to the engine room. When the ferry began to take on a slight list from accumulation of firefighting water, the boundary-cooling effort was suspended, and all remaining crewmembers were evacuated from the vessel.

The vessel's stack continued to emit smoke on Saturday, but this ended by Sunday morning, allowing responders to bring the vessel safely back to a pier. Unloading of passenger vehicles began Sunday and was completed by early afternoon. 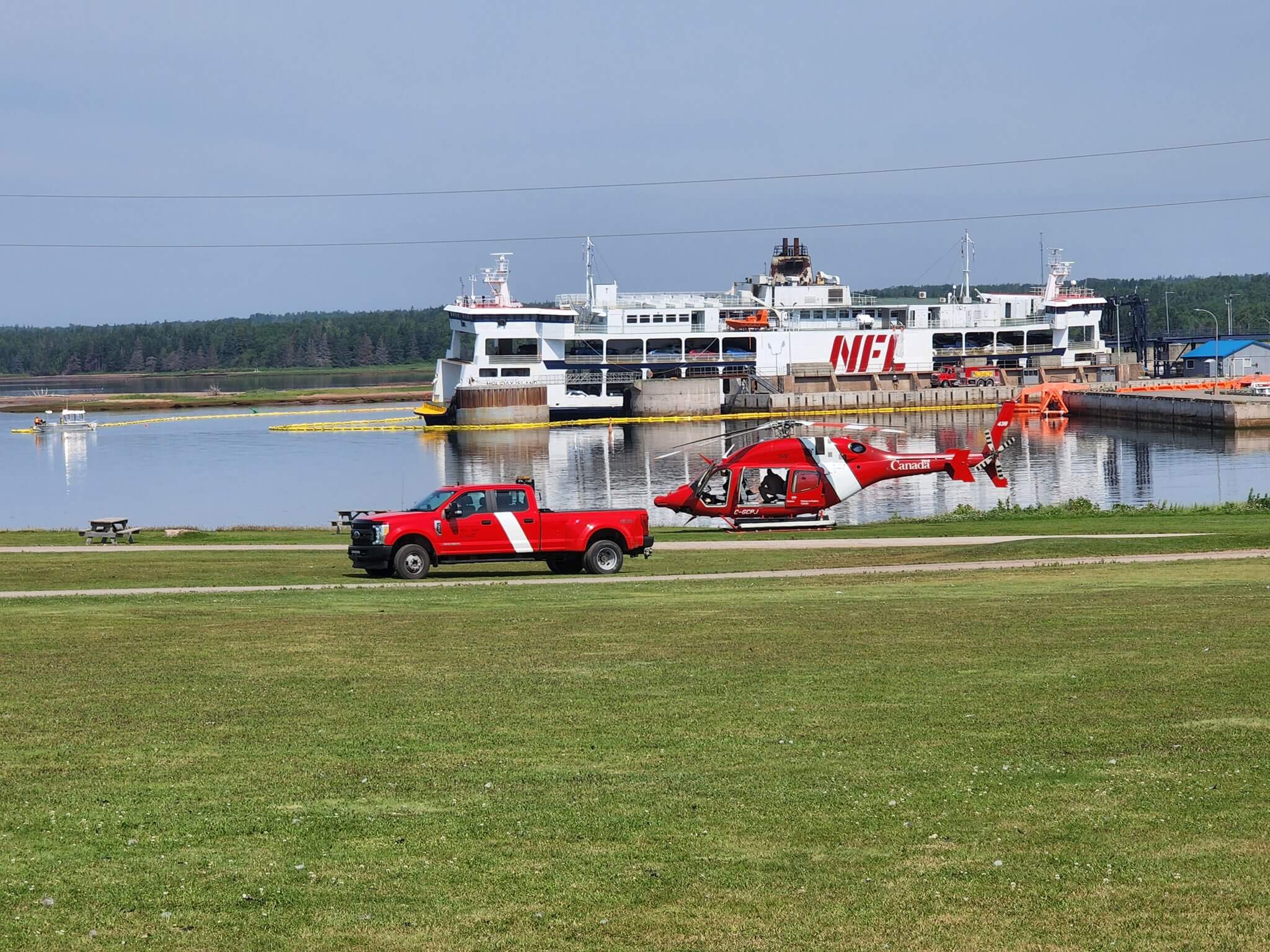 The fire is under investigation by Canada's Transportation Safety Board, and inspectors told CTV News that it was too early to speculate on the cause.

Holiday Island is a government-owned ferry operated under contract by Northumberland Ferries Limited. She was built in 1971, and she underwent a major overhaul in 2016.