On July 23, after a painstaking two-year restoration at Charlestown Navy Yard in Boston, USS Constitution was refloated at last. Since she entered dry dock in 2015, ship restorers from the Naval History and Heritage Command and teams of Navy sailors have worked side-by-side to bring “Old Ironsides” back to her former glory.

The restoration involved the replacement of 100 hull planks, along with caulking, rebuilding of the ship's cutwater on the bow, and the preservation and repair of the ship's rigging, upper masts and yards. Among other tasks, sailors assigned to Constitution helped the Navy’s ship restorers replace 2200 sheets of copper and the felt that is installed behind it. The copper is a defense against shipworms. "It's an incredible feeling to be a part of the team to work on Constitution," said Aviation Ordnanceman Hunter Sensign. "Every day I came to work and it really sinks in that I'm working on a ship that's 219 years old." 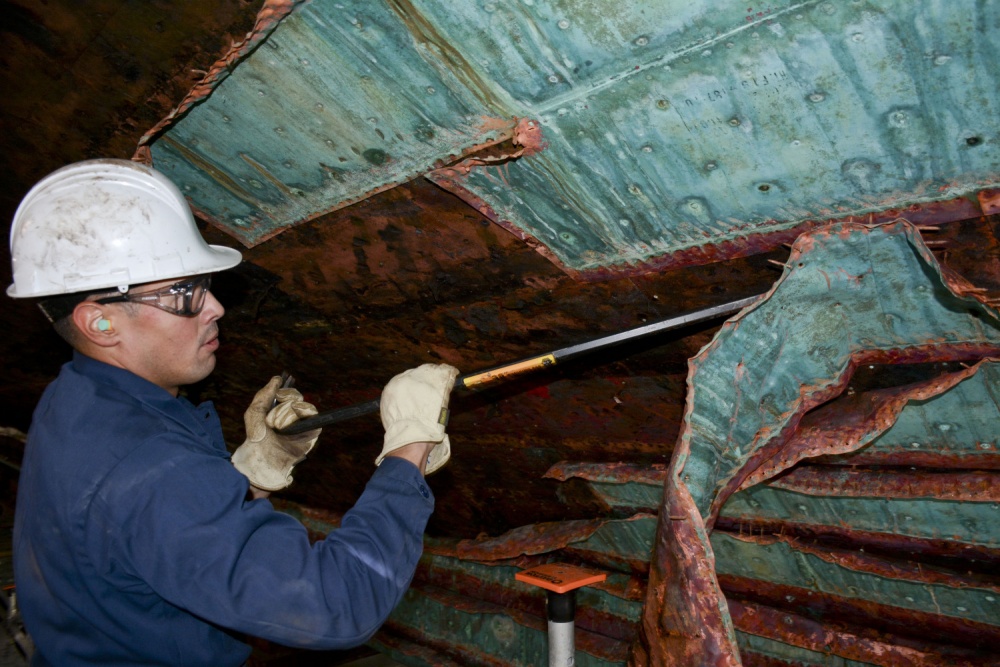 Constitution is expected to continue post-docking restoration work before re-opening to the public in early September. While she is ordinarily at the pier at the USS Constitution Museum in Boston, her commanding officer, Cmdr. Robert Gerosa, says that at some point she will be seen under way under her own power once more.

Naval History and Heritage Command Director Sam Cox emphasized Constitution’s military value in her time. “When she was built, Constitution was among the best-designed ships in the world, she could outrun anything she couldn't outgun and outgun anything she couldn't outrun," said Cox. "Expanding that advantage has been the objective of Navy shipbuilders since Constitution's keel was laid.” Cox traced the history of naval innovation on display in the new carrier USS Gerald R. Ford directly back to the effort that went into the USS Constitution.

Constitution started her Navy service with her launch at Edmund Hartt's Shipyard in Boston, October 21, 1797. She was one of the six original frigates that began the new United States Navy. As the Navy's capital ships, they were larger and more heavily armed than frigates that had come before, and Constitution and her sisters became formidable opponents on the high seas.

She fought in the Quasi-War with France, the Barbary Wars and the War of 1812 and was never defeated. Her defining battle was with the British frigate HMS Guerriere, during which one of Constitution's sailors noticed that some of the enemy's cannon shot appeared to fall harmlessly off her hull. History has it that he shouted "Huzza! Her sides are made of iron!" – and thus she earned the nickname “Old Ironsides.” 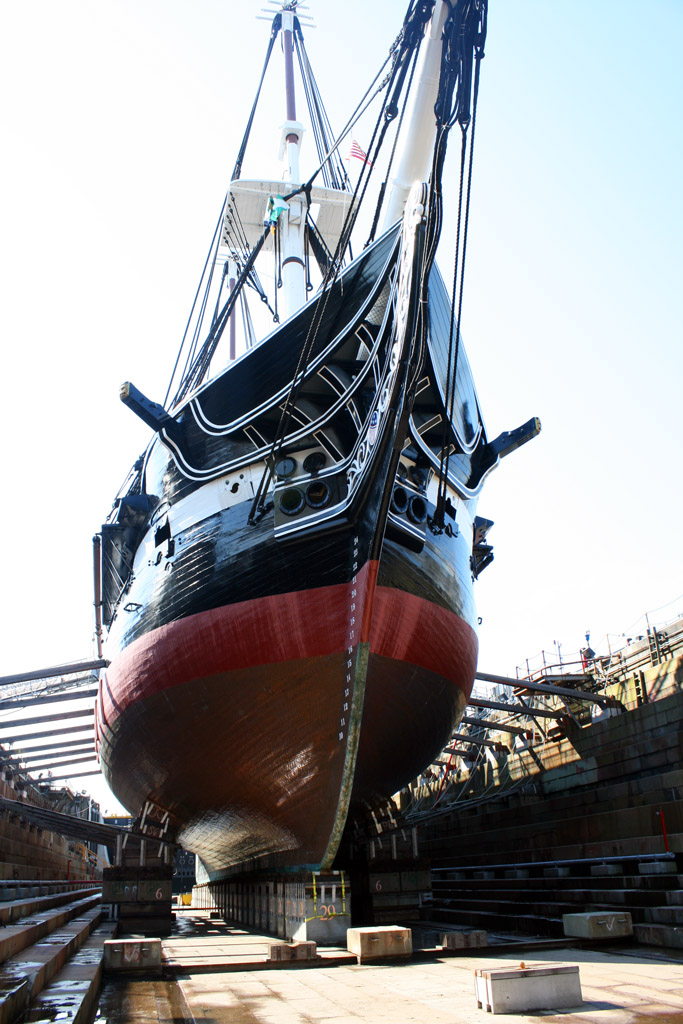