Making a Grab for China's Cruisers

Carnival Corporation has just announced the addition of two ships to its China fleet in 2016 as part of a trend across the industry to tap into the growing Chinese market.

The nation is expected to eventually become the largest cruise market in the world. From 2012 to 2014, the number of Chinese passengers grew 79 percent per year. In 2014, 697,000 passengers were from mainland China which is almost as many passengers as all other Asian markets combined (701,000).

With the two new ships, Carnival’s total capacity in China will increase by an additional 58 percent in 2016, and is a response to the double-digit annual returns the group is experiencing in China.

Carnival's fleet of six China-based ships will include expanded offerings Costa Cruises and Princess Cruises. Together, the brands will potentially offer about four million passenger cruise days in 2016.

Princess Cruises will send its Golden Princess ship to northern China, sailing out of Tianjin on a seasonal basis. Golden Princess joins the brand's first China-based ship, Sapphire Princess, which has been homeported in Shanghai since 2014 and will start sailing year-round in China in 2016.

The brand's two-ship deployment in 2016 will more than double its total available guest capacity in China compared to 2015 and includes its exclusive Princess Class experience designed specifically for the Chinese market.

Costa Cruises will debut Costa Fortuna in April 2016 as its fourth ship based in China. Costa Fortuna joins Costa Serena, Costa Atlantica and Costa Victoria already based in China, increasing the brand's total available capacity in China by 43 percent in 2016.

"Our Costa and Princess brands are performing extremely well in China, and these new ship deployments will strengthen our growth position and enable us to carry nearly one million passengers in 2016, as we continue executing our plan to meet surging consumer demand for cruising in China," said Alan Buckelew, chief operations officer for Carnival Corporation.

"As momentum accelerates in the market, we have a significant opportunity to increase cruising demand amongst China's growing middle class and a new generation of Chinese travelers who are hungry for new vacation experiences."

In addition to expanding its presence in China in 2016, Carnival recently announced that the latest ship under construction for its Princess brand will be based in China year-round when introduced in summer 2017. Based in Shanghai, the ship will be the first year-round international luxury vessel designed and built specifically for Chinese guests.

Royal Caribbean International celebrated the arrival of Quantum of the Seas in Shanghai in June. The vessel will sail on three- to eight-night, roundtrip itineraries, year-round from Shanghai to North Asia destinations. 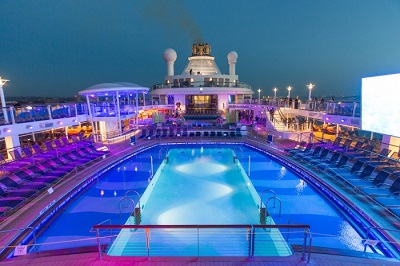 “Chinese consumers have grown to expect the best the world has to offer, and Quantum of the Seas meets that standard like no other ship – this is a cruise from the future,” said Michael Bayley, President and CEO, Royal Caribbean International.

“The addition of Quantum of the Seas has increased our brand’s capacity to the highest ever in the region. There is incredible potential in the Chinese market, and bringing our newest and most technologically advanced ship to China will cement our leadership position in the area.”

A Trend Across the Industry

The Chinese market is growing rapidly despite the relative difficulty mainland Chinese have in obtaining visas. “China is now the world’s largest outbound tourism market for other forms of travel, and we believe it is just a matter of time until that is true for cruising,” says Jeff Bent, Managing Director of Worldwide Cruise Terminals (WCT) in Hong Kong.

WCT is a consortium owned by Worldwide Flight Services, Royal Caribbean Cruises and Hong Kong conglomerate Shun Tak Holdings. It operates Hong Kong’s Kai Tak Cruise Terminal. The terminal, built on the tip of the former airport runway, has as its catchment area 7.2 million people in Hong Kong, 104 million in Guangdong Province, which is connected by coach, rail and ferry, and another 270 million mainland Chinese who are within four hours’ travel time. The terminal can accommodate two Oasis Class vessels at once as well as three medium-sized vessels. 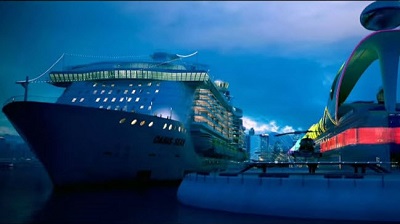 Mainland Chinese spend more per capita than any other source market, says Bent, and many countries are looking at streamlining their visa process in order to welcome them: “The best example is Korea. The island of Jeju has no visa requirements for the Chinese, and their cruise market just exploded over the last couple of years because of the number of Chinese visitors.”

It won’t be long before they venture further afield to places like Australia, Alaska and the Mediterranean, he says, and they’ll start to take longer cruises than the typical four-to-five-day variety.