Last Thursday morning, Greenpeace protesters closed off access to the channel's upper reaches by suspending themselves from the deck of the Fred Hartman Bridge, which spans the busy waterway near Baytown, Texas. The action temporarily cut off access to the Baytown Refinery, the Valero Houston refinery, the Shell Deer Park refinery, the LyondellBasell Houston refinery and the Chevron Pasadena refinery, which together have a combined capacity of nearly 1.5 million barrels per day. The limited duration of the protest meant that it had no material effect on refining activity, though several vessels were briefly delayed in transit.

The Harris County Sheriff's Office initially said that it would not interfere with the protest in order to ensure the safety of the activists, but on Thursday afternoon and evening, its officers intervened and arrested about 26 protesters. The sheriff's office charged them with obstructing a highway and "obstructing critical infrastructure." The latter is a new third-degree felony offense which entered into effect under Texas law on September 1, and the Greenpeace activists are the first to be charged using the statute.

Texas is not the first state to enact an anti-protest law for critical infrastructure, and for reference, its legislature could draw upon other states' efforts and a model bill crafted by the conservative American Legislative Exchange Council (ALEC). With backing from the Koch family, ALEC promotes state-level legislation to defend the interests of taxpayers and businesses. Its model bills serve as templates for legislators on a variety of issues, and portions of the Texas Critical Infrastructure Protection Act - notably elements of the definition of "critical infrastructure" - are similar or identical to the ALEC model bill of the same name.

Texas' law and similar statutes are controversial and as-yet largely untested. Promoters contend that they are necessary to protect key economic infrastructure from disruption or damage; activist groups argue that they are overly vague, duplicative of existing statutes and an infringement upon legitimate freedom of expression.

"[The activists have] been charged under Texas's new critical infrastructure law — an unconstitutional anti-protest law pushed forward by oil companies like Shell, ExxonMobil, and Chevron. It serves to bully people and stifle the right to protest," Greenpeace said Wednesday. "What they accomplished was powerful. They brought megaphones to the heart of the oil industry and shouted as loud as they could."

22 out of the 26 Greenpeace protesters also face federal misdemeanor charges of aiding and abetting obstruction of navigable waters. If convicted of these misdemeanor charges, each faces up to a year in federal prison and a possible $2,500 fine.

“I commend the Harris County Sheriff’s Office (HCSO) for their professionalism,” said U.S. Attorney Ryan K. Patrick in a statement. “This was a unique situation that required hours of preparation and execution to bring to a close. Rather than peacefully protesting, these defendants are charged with a crime that put lives at risk.”

In a statement, Greenpeace contended that some of the protesters were mistreated in detention. "We’ll be following up with county officials to seek accountability for the outright violation of human rights," the group said. 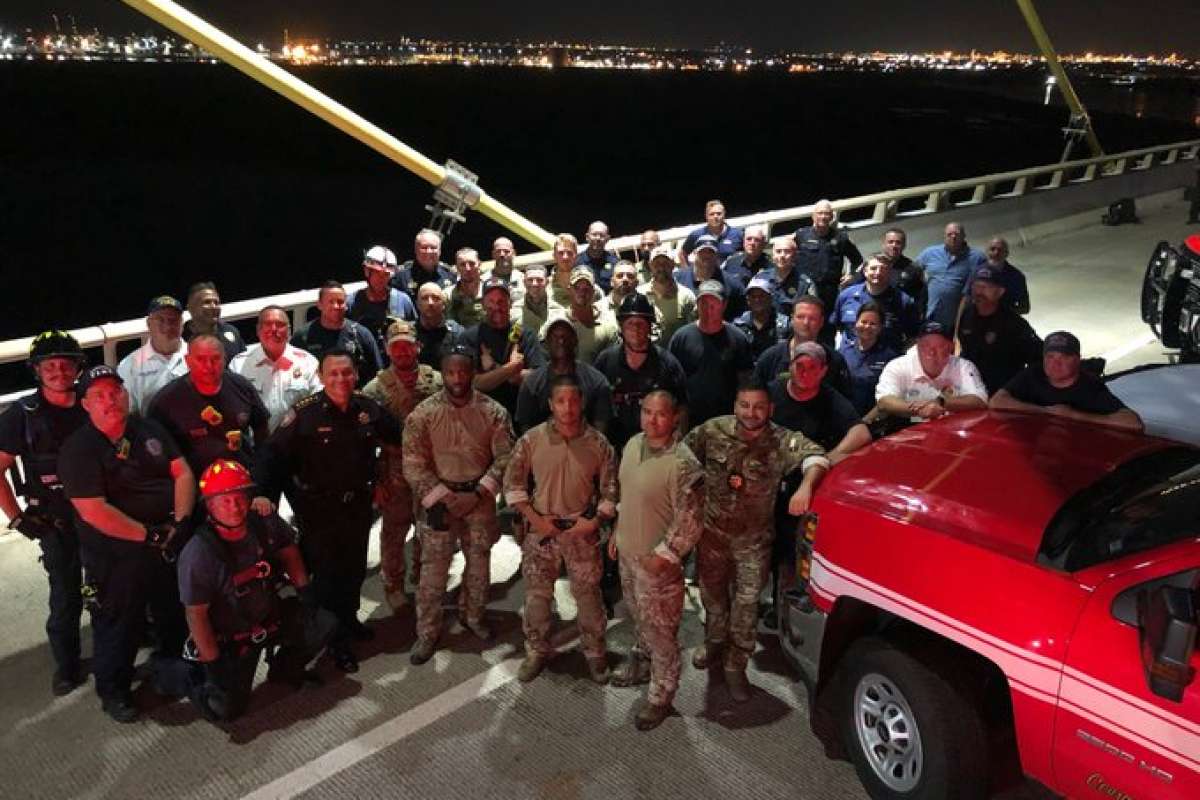 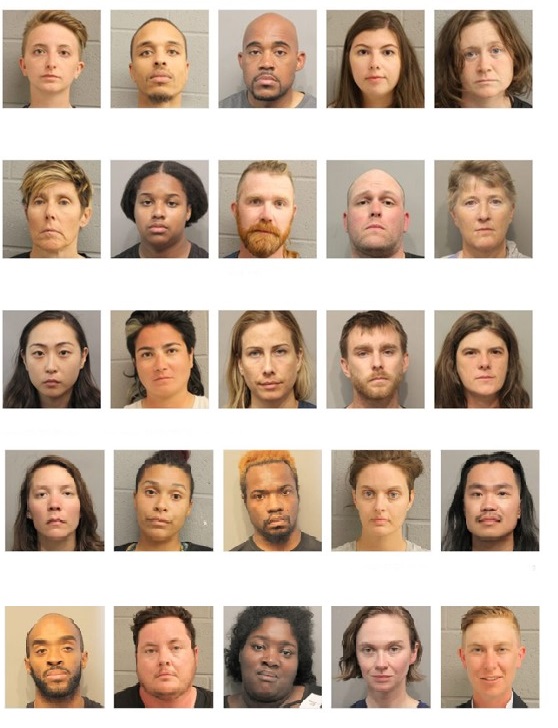