The concept of developing hydrogen offshore linked to wind farms is taking a step forward with the first test unit having been dedicated in France. The Sealhyfe platform was installed on a Wavegem wave energy platform and is now preparing for tests alongside a pier in the port of Saint-Nazaire, France before it is moved to a position off the Atlantic coast for the second phase of the tests.

The platform was dedicated by Lhyfe, a French company focusing on the production of green hydrogen. The company inaugurated its first green hydrogen industrial production site onshore in France linked to a wind turbine in the second half of 2021.

A six-month trial phase is starting at the quay to obtain initial reference measures and test all the systems. At the end of this first stage, Sealhyfe will then spend 12 months off the Atlantic coast. It will be installed approximately two-thirds of a mile from the floating wind turbine, fixed to the ground by a system of anchors, and connected to the site’s underwater hub using a connection designed to support energy and data transfers.

The company highlights several unique challenges in developing the designs for the first demonstration model. Int needed to be mostly self-contained with systems including desalination and cooling, stack behavior, remote control, and energy management while being resistant to environmental conditions including motion caused by the sea. It needs to be able to perform all stages of hydrogen production including converting the electrical voltage from the floating wind turbine, pumping, desalinating, and purifying seawater, and breaking the water molecules via electrolysis to obtain renewable green hydrogen. 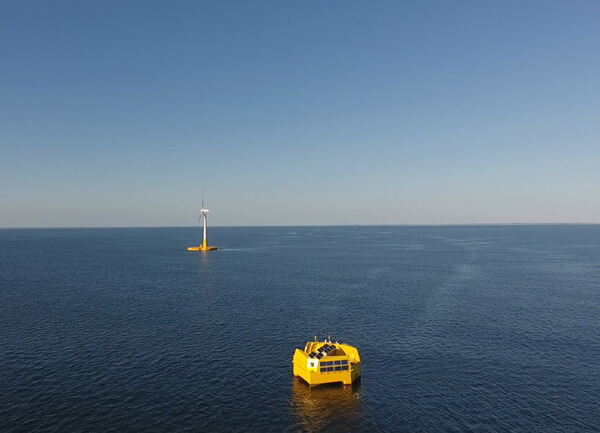 Lhyfe working with Plug Power developed the first electrolyze capable of operating on a floating platform. They report that the Sealhyfe can produce up to 400 kg of renewable green hydrogen a day, which is equivalent to 1MW of power.

At the end of the trial, Lhyfe expects it will have a substantial volume of data, which should allow it to design mature offshore production systems, and to deploy robust and proven technologies on a large scale, in keeping with the EU’s objective to produce 10 million tonnes a year of renewable hydrogen by 2030.