Engaging the Next Generation

School children from local and international schools based in London attended an informative session at IMO on Tuesday as part of World Maritime Day celebrations.

The pupils enjoyed an interactive session where they learned about ships, the cargoes they carry, regulations for ships and the whole range of careers available in the maritime world. They then took turns on ship simulators, loaned by ARI World, and were interviewed about what they had learned.

This year’s World Maritime Day theme “maritime education and training” reflects a range of initiatives underway to help build and encourage the next generation of maritime executives. 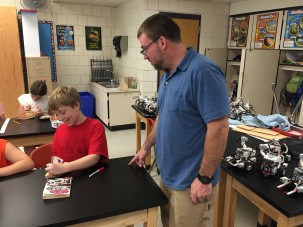 In preparation for their Arctic work the GEOTRACES team, on board U.S. Coast Guard vessel Healy in the Arctic, linked with “Float Your Boat”, an education program with a unique concept. Float Your Boat blends the themes of historic Arctic drift studies, modern GPS technology and hands on science, to engage local communities with work in remote science locations.

Scientists currently on board Healy spent time last spring recruiting and meeting with school groups to share information about the Arctic, their upcoming science cruise and collecting small student decorated wooden boats that would become part of the project. 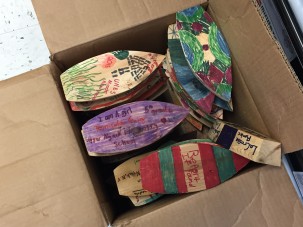 For over a month the science team has been anticipating the deployment of these small wooden vessels, since this builds a direct connection to their families and communities back home.

The student boats are deployed in a 100 percent biodegradable box lowered carefully onto an iceberg along with an iridium satellite tracking buoy. The tracker is activated and sending signals so that it can be used to track the circulation of the ice. Over time the ice is expected to melt and the box will biodegrade sending these small floating wooden boats into the high seas of the Arctic Ocean. 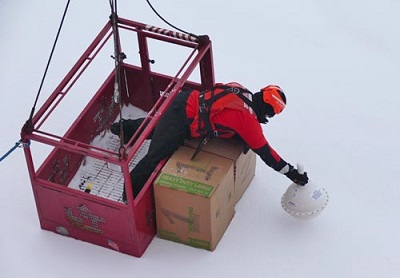 Once the box degrades the boats will be separated from the tracker, but each boat has been identified by the students with their school and their own name and stamped with the project contact information. If any of the boats wash up onshore there is enough information for the locator to contact Float Your Boat with a date and location. Through online tracking of the iridium satellite this project provides opportunities for students to learn about Arctic change, marine circulation, marine debris transit and maritime careers.

Earlier this year, for a group of high school boys, summer school was an opportunity to learn about the maritime industry. Over the last decade, the U.S. Association of Maryland Pilots and Baltimore’s St. Ignatius Loyola Academy have partnered on the St. Ignatius Commodities Project, an innovative, interactive program designed to lay the foundation for a potential career in the maritime industry. 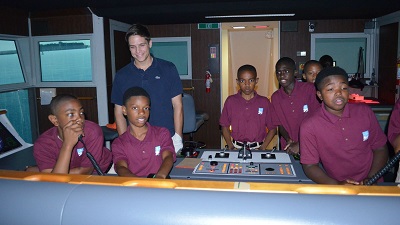 Koji Sekimizu, IMO Secretary-General, has made his official speech on this year’s World Maritime Day, and he including mention of the next generation:

“Shipping is vitally important to the global community, playing a key role in sustainable development. The world depends on a safe, secure and efficient shipping industry; and the shipping industry depends on an adequate supply of seafarers to operate the ships that carry the essential cargoes we all rely on… 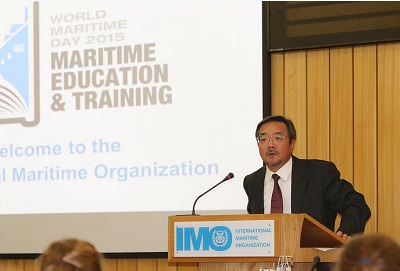 “In the future, the human element in shipping will be increasingly important, not just for the commercial reasons but also as the industry moves towards ever higher standards of safety, environmental impact and sustainability. It is the human element that will translate new objectives in these areas into solid actions. Further effort must be made to bring new generations into seafaring as a profession. Seafaring must be seen to appeal to new generations as a rewarding and fulfilling career.

“It is impossible to overstress how important this is. Without a quality labor force, motivated, trained and skilled to the appropriate international standards, shipping cannot thrive. Not only that, all the many advances that have been made, in terms of safety and environmental impact, are at risk if personnel within the industry are unable to implement them properly.

“The importance of training and education for the maritime personnel of today and tomorrow is greater than ever before.

“Effective standards of training are the bedrock of a safe and secure shipping industry, and that is why this year, maritime education and training is our theme for World Maritime Day.” 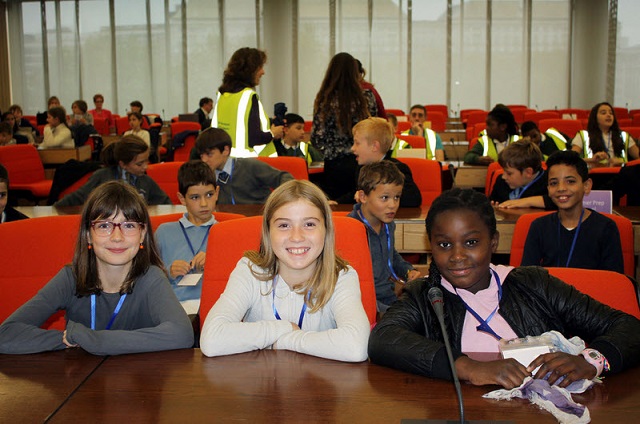