On Monday and Tuesday, the Bulgarian Navy neutralized two naval mines off the nation's Black Sea coast, marking the latest in a series of drifting mine incidents related to the war in Ukraine.

On Monday at about 1130 hours, the office of the governor of Bulgaria's Dobrich region notified the Bulgarian Navy that a floating naval mine had been spotted about 200 meters off the scenic cliffside village of Tylenovo. The service dispatched a helicopter to search for the device, and the aircrew found it at 1450 hours. 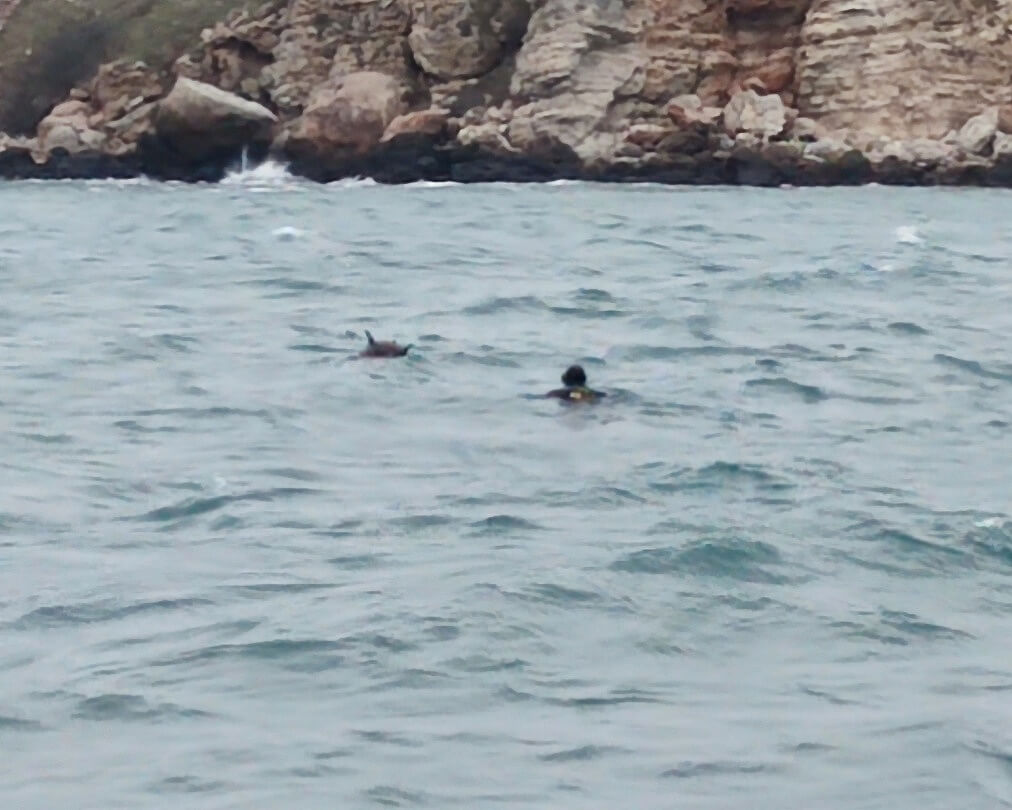 The mine off Tylenovo (Bulgarian Navy)

A small navy boat crew with demolition divers sped out to the site and inspected the mine. They determined that it was a common Soviet YaM-type anchored mine gone adrift, and it was armed. To safely deactivate it, they rigged it with explosives and detonated it at about 1645.

20 minutes later, a Ukrainian-flagged vessel spotted another naval mine at a position off Cape Kochan (Kotjan), some 60 nm to the south. The ship radioed the discovery in to the Bulgarian authorities, who dispatched a helicopter and the mine warfare vessel Priboy to investigate.

The mine off Cape Kochan (Bulgarian Navy)

The team arrived on scene on Tuesday and examined the object, which turned out to be another YaM-type mine in armed mode. The explosive device had been in the water long enough to accumulate a crust of barnacles. It was destroyed by a demolition dive team at 1445 hours.

The Black Sea's littoral states have been busy intercepting and neutralizing mines since the beginning of the Russian invasion in February last year. To date, the Ukrainian, Bulgarian, Romanian and Turkish navies have destroyed about 40 sea mines since the beginning of 2022. So far, the region's merchant shipping has successfully avoided interaction with drifting mines, thanks in part to heightened awareness and redoubled lookout guidelines.