Now that the New Year, except in China, is with us it is time to focus on shipping’s future in the troubled waters of the global economy.

Shipping has always been a vital ingredient in physical world trade, but never more so with the evolution of the industrial economies of Asia and the search for minerals and other raw materials in Africa and South America. This all while the movement of energy products, oil and gas, continues to expand.

Shipping is vital to all these activities as consumers and suppliers invariably live oceans apart. Yet despite its vitality and its unique ability to produce ships of many different types to meet demands of the trades, it has rarely ever been able to influence its own economics advantageously.

Shipping, like its operations, has always been an offshore business and today the vast majority of commercial ships are owned in offshore companies and trade under the flags of numerous open registries. Shipping also has a reputation for secrecy, enhanced by its corporate structures and until recently there we very few publicly traded shipping companies.

Shipping has always been a very personalized business and despite its global expansion, remains so today. It attracts entrepreneurs because of the volatility of the businesses it serves and the fact that there are few barriers to entry other than money.

Why then does shipping struggle to operate profitably, or even when it does, only succeed in doing so for short periods of time, followed by longer periods of extreme hardship?

This has been clearly illustrated recently when the 4 boom years of the last decade have been followed by 6 years of loss-making markets in nearly all sectors. This time however we have seen an enormous inflow of new equity capital and bank debt, expecting a return to the markets of the last boom, which is more visible and reliant on financial analysis than any previous group of investors.

Shipping, mainly because of its uniquely personalized business relationships, does not beat to the analysts drum and the return to profitability will not come from some projected time cycle, but from the unpredicted changes in the economics of its customers.

As has always happened in the past, shipping’s new money sees no end to the boom and proceeds to order new ships to expand the size of the fleet. This ignores the fact that the boom profits only arose when the demand for shipping exceeded the supply of ships and itself was only a temporary imbalance.

Thus the majority of new money has invested in ordering new ships, or taking over orders from companies already in default, or even buying non-performing debt from troubled banks. Despite the fact that several thousand new ships have delivered in the past 5 years, few have traded profitably if one takes into account interest and depreciation which are the 2 main items excluded in EBITDA calculations.

With another 3,000 ships due to deliver in the next 2 years and with the existing fleets averaging only 9 years of age, thereby minimizing scrapping, the excess capacity will continue through the rest of this decade, unless there are unpredicted increases in customer’s economics.

The customers are struggling in troubled waters of their own with China leading the way in rationalizing its future expansion while coping with the excesses of the past. It now however has enormous capacity to build ships and recognizes that continuing to do so will control the transport costs of its raw material and energy imports as well as the export of its manufactured goods. The Japanese did this very successfully in the 70s and 80s.

Of even greater concern is the sudden collapse in the price of crude oil, which while reducing the price of bunkers, highlights the fact that oil customers are consuming less. The enormous expansion of oil production in the US coupled with the imports from Canada and the future growth from Mexico may well remove the market for other US imports. This coupled with China’s and Europe’s reduction of oil imports and their increase in the use of LNG renders the outlook for the large crude carriers as very bleak. The analysts will falsely look to the use of VLCCs for storage, which at its upmost limit might occupy 2% of the fleet, which is due to grow by 14% in the next 2 years.

The large dry markets are a disaster with Iron ore at its lowest price for 10 years and yet demand is back to pre-boom levels. Unlike other industry’s fixed assets, ships do not stop working when their owners go bankrupt. Instead they are sold to new owners at the lower market prices and continue to carry the cargoes they were designed for at cheaper rates, thereby maintaining the excess capacity.

Shipping looks to continue its unprofitable activity for some time to come and the new money will suffer more than the old money. 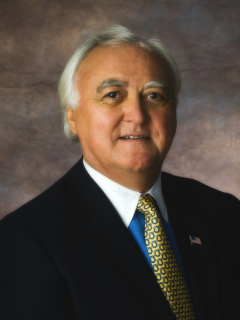 Paul Slater is Chairman at First International Corp, a global financial consulting firm. He has previously contributed to the MarEx newsletter.

Editor’s Note: The opinions expressed herein are the author’s and not necessarily those of The Maritime Executive.