Alternative Energy: The Case for Renewables

Despite Low Oil and Gas Prices, the Use of High-cost Renewable Energy is Growing

According to British Petroleum’s Energy Outlook 2035, which reports trends likely to shape world energy over the next 20 years, renewables are expected to increase from their current three percent share to about eight percent in the next 20 years. In fact, one-third of global energy needs will likely be filled by renewable resources by 2050. Renewable power consumption grew by 16 percent in 2013, providing just over five percent of the world’s electricity.

Population growth, climate change and fossil fuel depletion are all factors in the need to invest in and grow alternative means of creating energy, and renewable energy has become a serious part of the energy mix. In 2013 Denmark’s wind turbines provided over one-third of the country’s energy supply. In Spain, it was one-fifth.

So-called “alternative energies” are commonly understood to be renewable and relatively inexpensively sourced, though not inexpensively produced, relying on free (and usually natural) power sources with fewer unintended and unwanted side effects. BP’s Energy Outlook says the fastest fuel growth is in renewables at over six percent per year.

Hydroelectric Power – Above and Below Water

Hydroelectricity is the largest non-fossil fuel energy source and, of course, hydropower has been around for centuries. It will likely play a major role as a future energy source. In 2013, hydro-generation marked its tenth consecutive year of growth at just under three percent.

In the U.S., hydropower generates nearly nine percent of the total electricity supply. In the Pacific Northwest it provides about two-thirds of the region's electricity due to an extensive network of rivers and dams. Currently, U.S facilities are capable of generating enough hydropower to supply electricity to 28 million households, the equivalent of about 500 million barrels of oil.

“Our solutions provide a cost-effective way to harvest river current and tidal energy, both for utility- and community-scale applications,” explains Niels Lange, Managing Director of Schottel Hydro, who leads the company together with Prof. Dr. Ing. Gerhard Jensen, CEO of the Schottel Group. 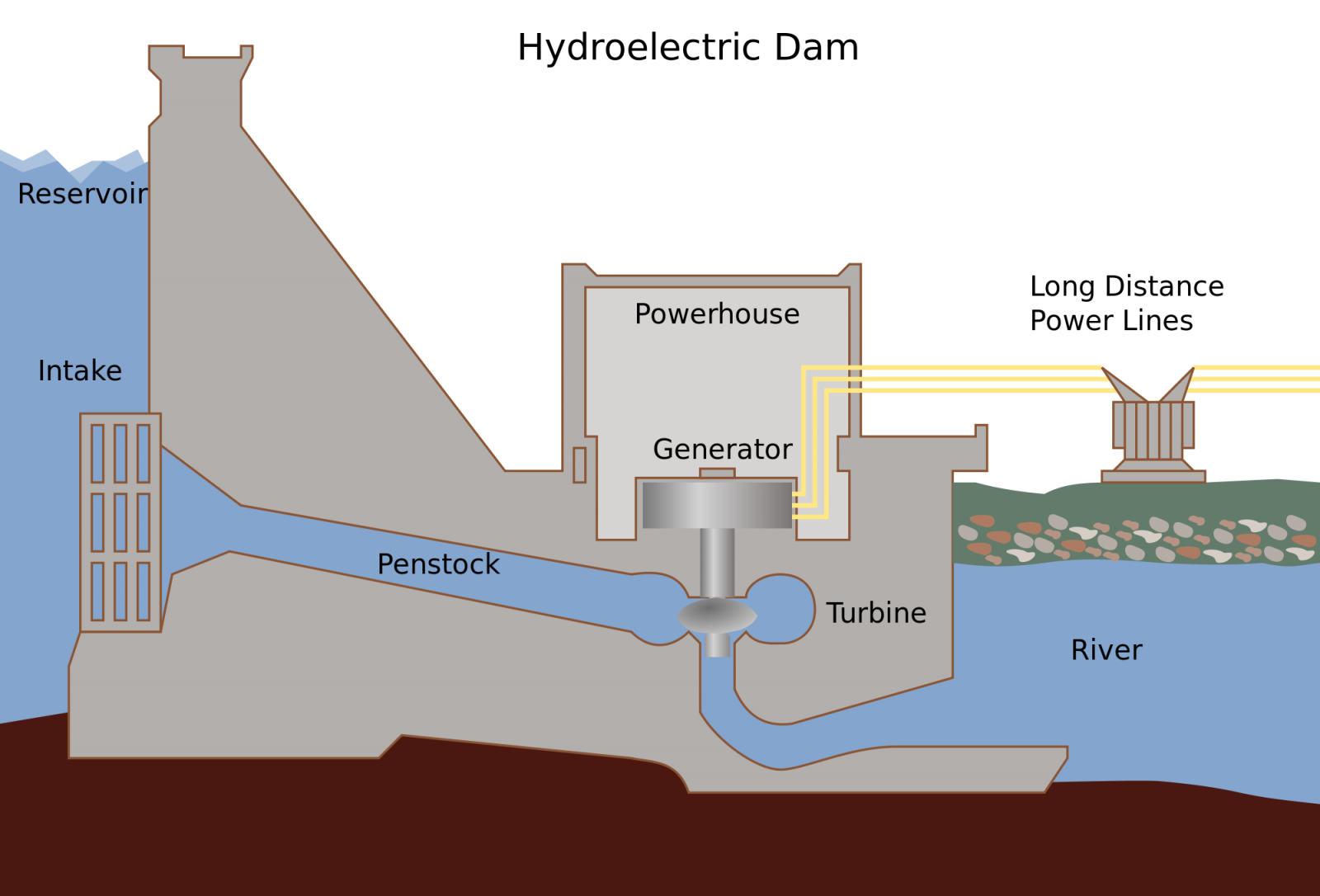 Wind Power – On Land and Sea

Wind power is another fast-growing renewable due largely to advances in the design of modern wind turbines. Land-based wind energy can generate clean, renewable electricity and provide economic benefits to consumers, particularly in rural and remote communities. Its costs are now lower than those of most new conventional sources, and it is gaining ground on being cost-competitive with natural gas generation due to continuing technological innovation.

In the North Sea, a first consent order for offshore wind energy has been granted for the Dogger Bank Wind Farm in the UK. Located off the east coast of Yorkshire, the Dogger Bank Wind Farm will be the largest renewable energy development ever to receive planning consent in the UK. The approval was the result of more than four years of comprehensive assessments, stakeholder consultation and planning by the Forewind Limited consortium, owned equally by four international energy companies: RWE, SSE, Statkraft and Statoil.

It was the most extensive study of an offshore area by a wind energy developer ever undertaken with more than £60 million spent on surveys, the vast majority going to UK-based contractors. The project was given the green light by the UK government in February.

In the U.S., British Petroleum (BP) operates a profitable wind energy business with interests in 16 wind farms in nine states. Seven are wholly owned by BP while the others are jointly owned with at least one other partner.  The net generating capacity from the 14 BP-operated wind farms is 1,558 megawatts of electricity. The total generating capacity is enough to power 780,000 American homes.

Offshore wind turbines are being used by a number of countries to harness the energy of strong, consistent winds found over the oceans. In the U.S., 53 percent of the population lives in coastal areas where energy costs are high and land-based renewable energy resources are limited. Abundant offshore wind has the potential to supply immense quantities of renewable energy to major coastal cities.

Worldwide, there are 4.45 GW of offshore wind energy installed with another 4.72 GW under construction and an additional 30.44 GW approved. Over 50 projects are operational in the coastal waters off Denmark, the UK, Germany, Norway and other countries in Europe as well as in offshore Asia (Japan, China and South Korea).

Commercial-scale offshore wind facilities are similar to onshore facilities. The wind turbines used in offshore environments include modifications to prevent corrosion, and their foundations must be designed to withstand the harsh environment of the ocean – everything from hurricane-force winds to ice flows.

Unfortunately for the U.S., roughly 90 percent of its Outer Continental Shelf wind potential occurs in waters that are too deep for current turbine technology. Engineers are working on new technologies like innovative foundations and floating wind turbines to help transition wind power development into the harsher conditions associated with deeper waters. 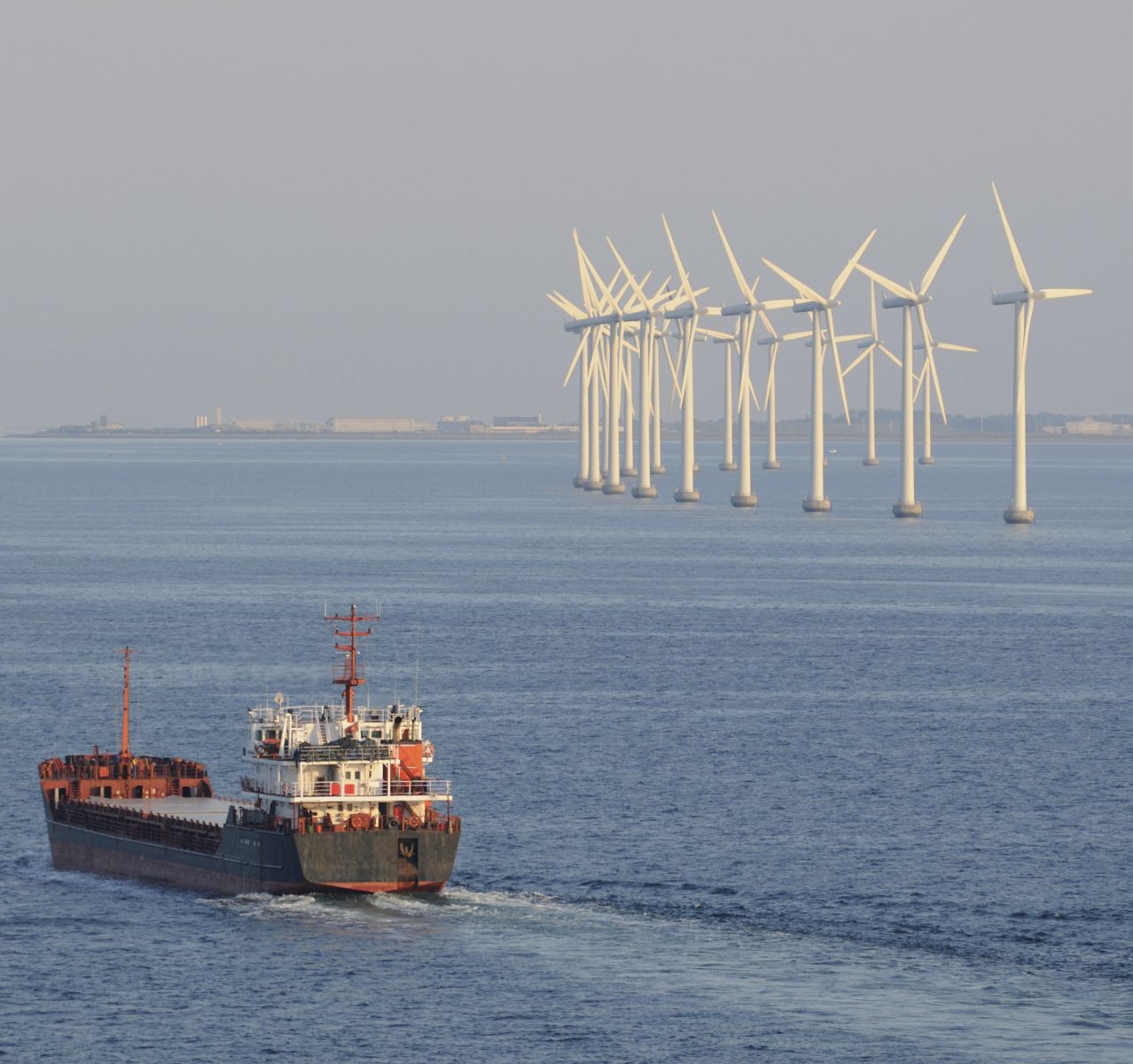 As part of this effort, maritime and clean energy consultants MEC Intelligence recently published a study comparing the cost of a range of offshore wind foundation designs. “The need for turbine installation deeper into the sea will create demand for larger and heavier foundations and, therefore, for cost-effective designs,” states Jacob Jensen, a Partner in MEC’s Copenhagen office. “The aim of the study was to compare the cost of different design types.”

The Quest for Sustainability

Maersk Line recently released a report on its sustainability initiatives, saying that reducing fuel has not only saved $1.6 billion but allowed it to achieve a profit in 2012. The world’s biggest shipping company has promised a continued commitment to reducing its environmental impact. Maersk Group’s CO2 efficiency improved by five percent in 2014 and 21 percent since 2010. Maersk Line, as the biggest contributor to Maersk Group’s overall emissions, improved its efficiency by eight percent in 2014 and in the process saved $98 million in fuel costs.

Maersk has raised its overall target for improving CO2 efficiency to 30 percent by 2020. “We sustain our efforts at decoupling growth from resource consumption,” states CEO Nils S. Andersen in the company’s 2014 Sustainability Report. “For the first time, our projections show that this is possible over the period up until 2020.”

In BP’s Statistical Review of World Energy 2014, Group Chief Executive Bob Dudley aptly summarizes the situation: “Renewable forms of energy continue to grow robustly, albeit from a low base. Renewables now account for more than five percent of global power output and nearly three percent of primary energy consumption. The challenge of sustaining expensive subsidy regimes, however, has become visible where penetration rates are highest, namely the below-average growth of Europe’s leading renewable producers, who are grappling with weak economic growth and strained budgets. The world’s quest for secure and fairly-priced energy can be met through competitive industries driving innovation and smart government policies that amplify the creative ‘energy’.” – MarEx