A Lifetime of Love for Nella Dan and "Nella Dan II"

Finn Wollesen first sailed on the Nella Dan when he was six weeks old. His love for the now-wrecked vessel has seen him put a lifetime of experience into the design of a vessel he hopes will be named Nella Dan II.

Wollesen is Managing Director of naval architect firm KNUD E. HANSEN, part of the team that designed Australia's new icebreaker. The vessel has the working title Nella Dan II, and Wollesen is pleased that it is reminiscent of its namesake that once serviced Antarctica.

Nella Dan's owner J. Lauritzen pioneered family life at sea, and was one of the first companies to allow wives of crew members to sail. As a result, Wollesen and his mother sailed on Nella Dan's maiden voyage between Aalborg and  Copenhagen in 1961.

Wollesen, aged two, and his mother can be seen in this video around 21 minutes in:

Wollesen's father was a radio operator. He worked for J. Lauritzen for 15 years, sailing Arctic and Antarctic waters. 21 years later, his son followed, working on the Nella Dan for three years and sailing to Antarctica and Greenland.

Wollesen’s father is the first person seen in this video:

His career in mechanical engineering followed. As Managing Director of KNUD E. HANSEN since 2003, Wollesen chased the contract to design Nella Dan II out of his love of Antarctica, and he was immensely pleased to be part of the winning team.

The vessels have some similarities in color and layout, but huge differences in technology, for example the use of modern cranes instead of derricks. The Nella Dan was not a true icebreaker, like Nella Dan II. Instead, she broke ice by sailing up on to it and then crushing it.

The number of crew is more or less the same for both vessels. “When you are operating in Antarctica, you do not have harbor workers, so you need crew to assist with loading and unloading. Watchkeeping is also similar to what it was 30 years ago. You need to have a lookout, to have officers on the bridge, and you need to man the machinery room,” says Wollesen.

More scientists can be accommodated on the new vessel which also features what is probably the most modern facilities available today on a research ship.

The original Nella Dan rolled a lot. Her record was 67 degrees, although more commonly it was 40 degrees in the roaring forties and the hauling fifties. However, Wollesen says the accommodation was most comfortable – he would prefer it to that on Australia's current Antarctic research vessel Aurora Australis.

Those that sailed on Nella Dan maintained a special friendship, something still fostered today through the organization Friends of Nella Dan. J. Lauritzen has continued involvement with the group and recently helped to fund the digitization of historic video footage that is now featured on the Friends of Nella Dan website.

The friendly atmosphere on the vessel what kept people like Wollesen and his father dedicated to the vessel. Wollesen recalls that once he left the vessel after nearly two years at sea, and he and others met up again for a party two weeks later. “It was a very strong relationship, one that has continued for 30 years now. When I'm in Australia, I always visit my old friends from the Nella Dan. Some of them got married down under and stayed.”

Wollesen continued the goodwill when he attended the keel laying ceremony for Nella Dan II at Damen Shipyard Galati in Romania late last month. He and others from Friends of Nella Dan, including Chairman Rasmus Nygaard, came bearing a Danish coin, depicting the Danish Crown Prince Frederik, and his wife – Princess Mary, who originates from Tasmania, Australia. 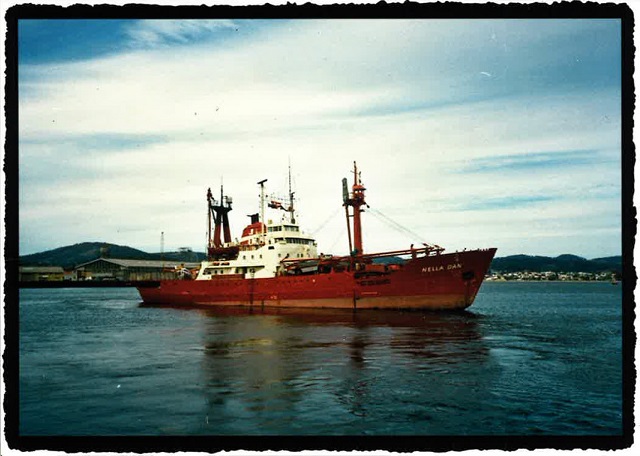 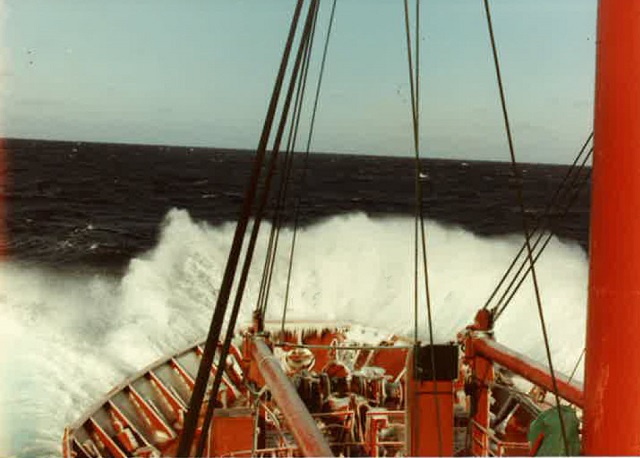 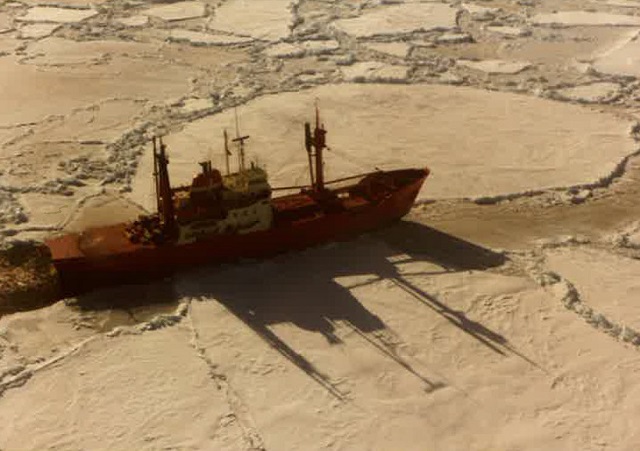 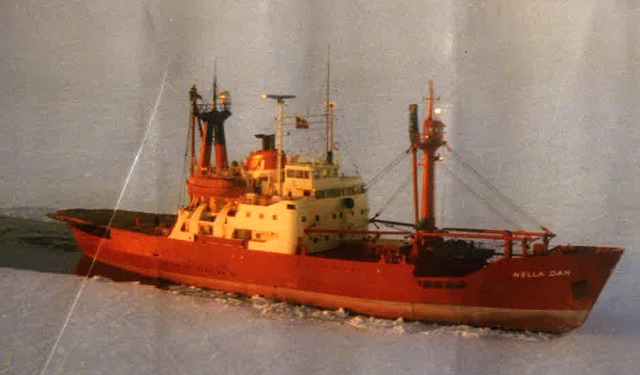 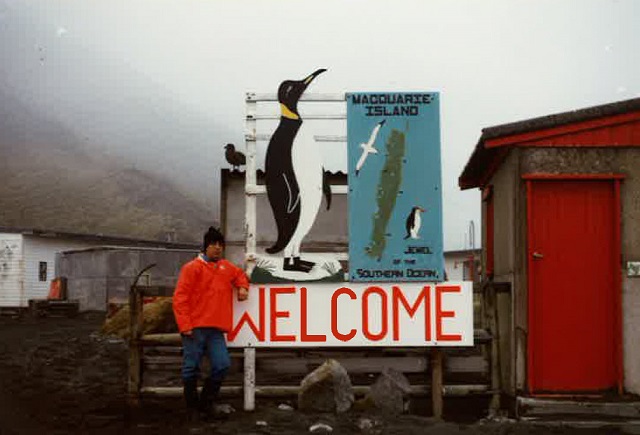 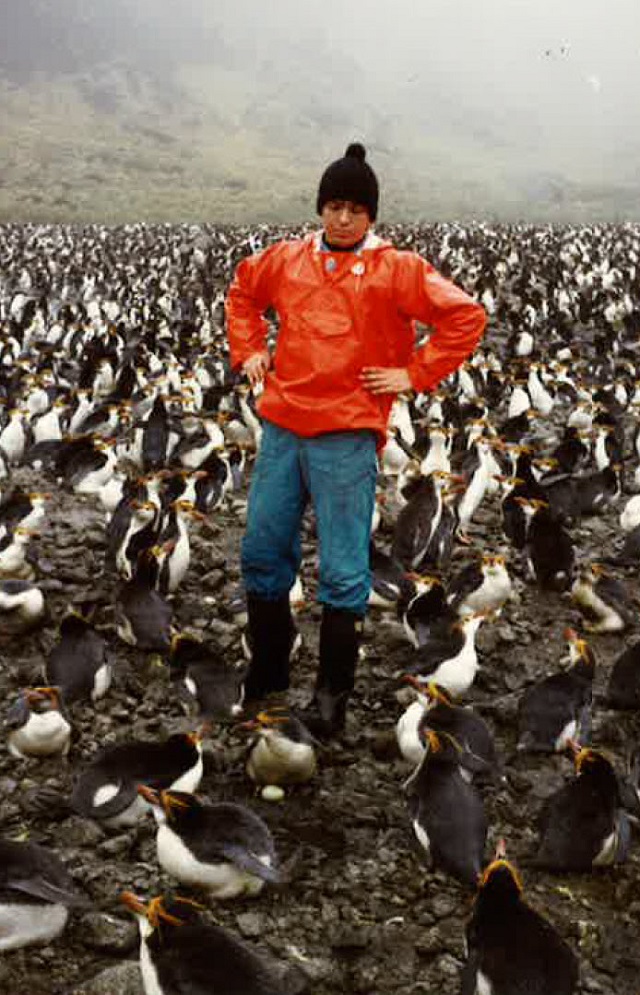 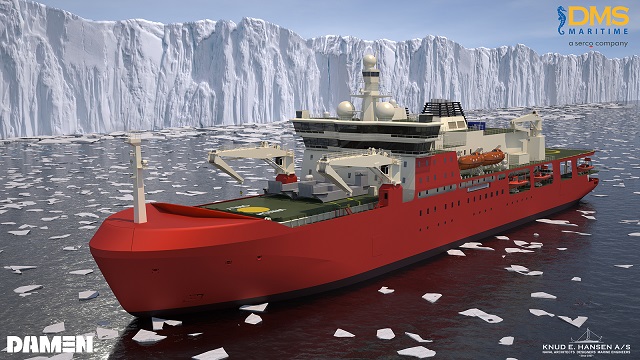 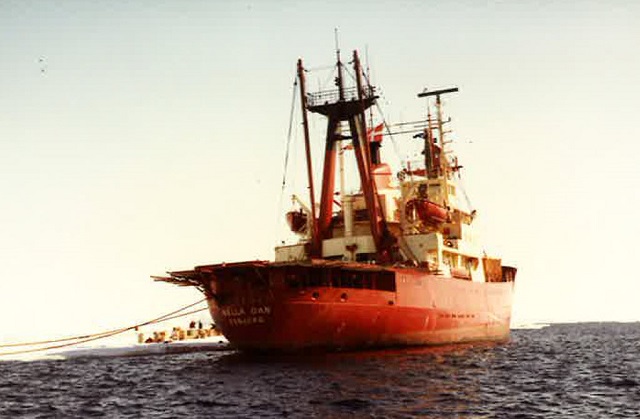