For over a year, I.R. Consilium, a family-owned global consultancy on maritime and resource security, has been monitoring the potentially disastrous situation involving the Safer, a tanker converted into a floating storage and offloading facility (FSO) off the coast of Yemen, and we have been working to motivate action on the matter before it reaches a calamitous conclusion.

Our most recent analysis detailed possible environmental, humanitarian, and economic effects of a major spill from the rapidly deteriorating and potentially explosive vessel, which has become a bargaining chip in the Yemen conflict. The contamination of coastal desalination plants by spilled oil, depriving millions of people of clean drinking water, is just one of the consequences that could unfold unless decisive action is taken.

This past week, the UN announced that a major impasse appears to have been overcome, in that the Houthis, who have effective control of the Safer, have agreed to allow a United Nations (UN) team to board the vessel, conduct an inspection, and presumably offer recommendations on how best to restore the Safer to functional safety or otherwise secure the million-plus barrels of oil in its tanks.

Hopefully this movement towards an assessment of the Safer indicates a few things. Above all, we must hope that negotiators have been able to disentangle what are really two distinct issues: first, averting the disaster of a major oil spill; second, sorting out ownership of the oil in the vessel and therefore the revenue it could generate. If the first challenge isn’t swiftly and adequately addressed, the second will be moot.

In regard to averting the disaster, we must further hope that the UN team has already consulted with the Safer Management Company’s engineers and other experts who have intimate knowledge of the vessel. Without their input and institutional memory, this visit will likely be an exploratory foray rather than a proper inspection.

It is difficult to ascertain the risk of explosion. Wholly apart from the possible hazard of volatile gases accumulating in the Safer’s storage tanks from lack of maintenance to the ship’s inert gas system, there is the real chance of detonation by other means. Mines have been laid in a number of places off the Yemen coast.

Rumors have proliferated, further complicating the picture. According to one, a Houthi militia member laid mines in the surrounding waters and possibly installed improvised explosive devices (IEDs) on the vessel itself, but has since been killed, leaving the location of the devices uncertain; this has not been independently confirmed, but it highlights how the volatility of the larger conflict poses an ongoing threat to the Safer. This is yet another reason why consultation with the Safer Management Company would be so important—reducing the number of uncertainties is crucial to finding a clear path to resolution of the crisis.

More obviously, the structural decay of the vessel poses its own risks. Anyone familiar with maritime industries knows the corrosive power of seawater and salt air; in the exceptionally saline environment of the Red Sea, corrosion advances even more quickly and destructively than elsewhere. This past spring, a key piece of the Safer’s offloading machinery rusted through and fell into the waters below, fortunately missing the submarine pipeline feeding the FSO (though it has been shut off near its source, the pipeline is still believed to contain significant amounts, as much as a million barrels, of residual oil).

Below are photographs taken around the time of that incident, detailing the extent of the damage neglect and corrosion have inflicted on the Safer. Onboard oil pipes have already leaked. Seals and manifolds are rusting through. The offloading hose has already, temporarily, spilled oil into the surrounding waters. Even the ship’s single hull reveals an urgent need for maintenance. These images offer some sense of what the UN inspection team will find on board the vessel; hopefully the team will arrive armed with enough knowledge to do more than merely confirm what the photos already make clear. 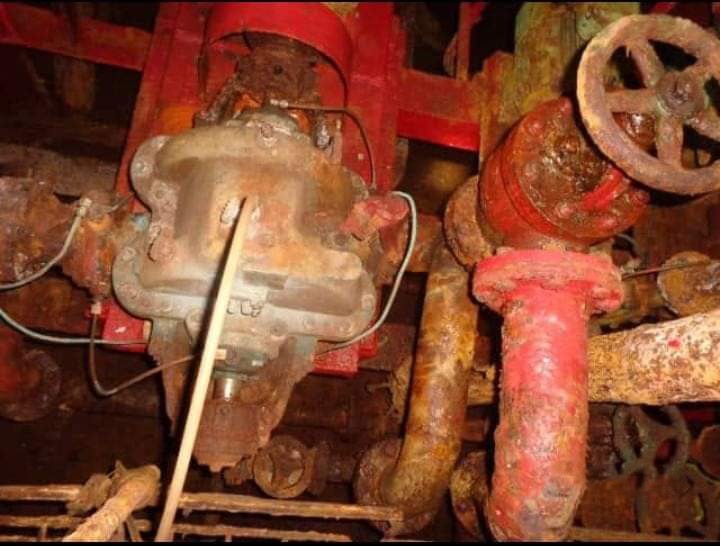 Corrosion in the boiler system (supplied to I.R. Consilium). 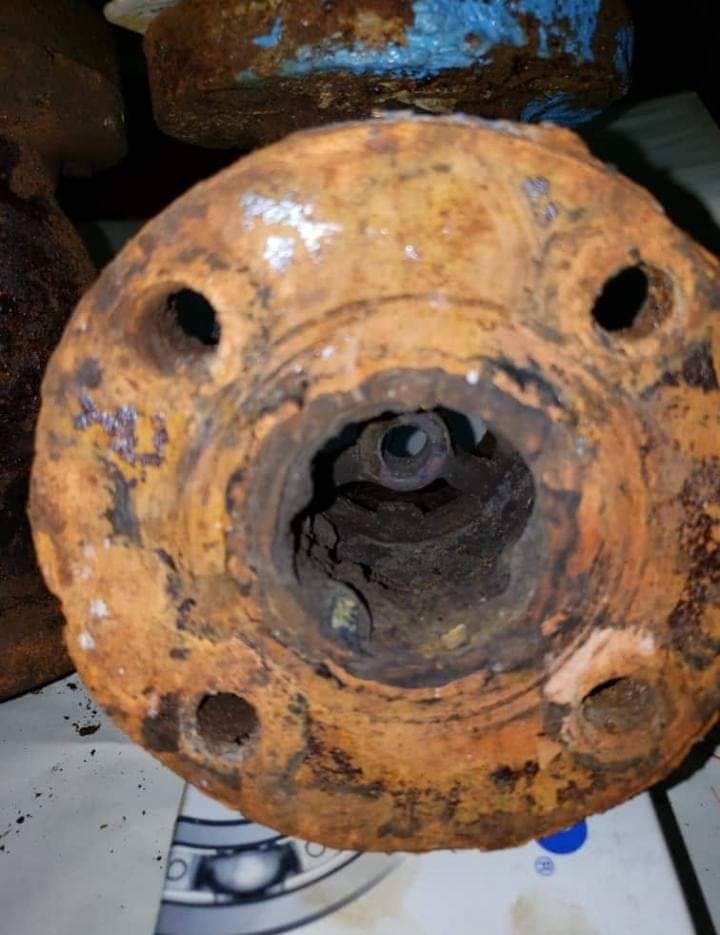 An indication of the state of the internal piping system (supplied to I.R. Consilium). 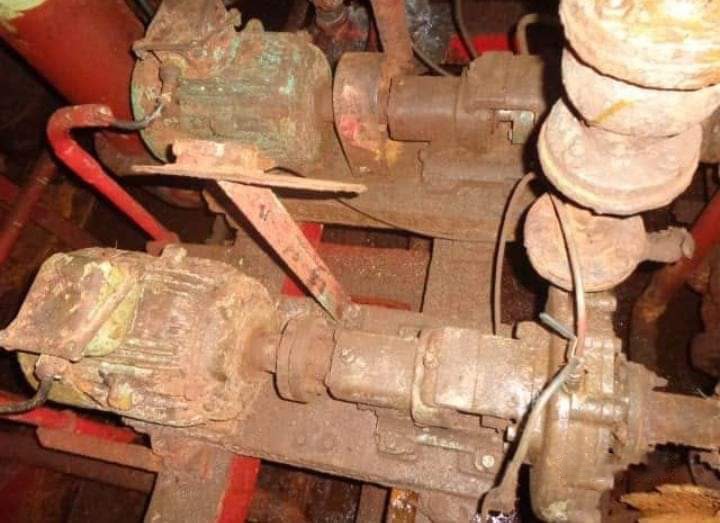 The state of the Auxiliary Utility System (supplied to I.R. Consilium). 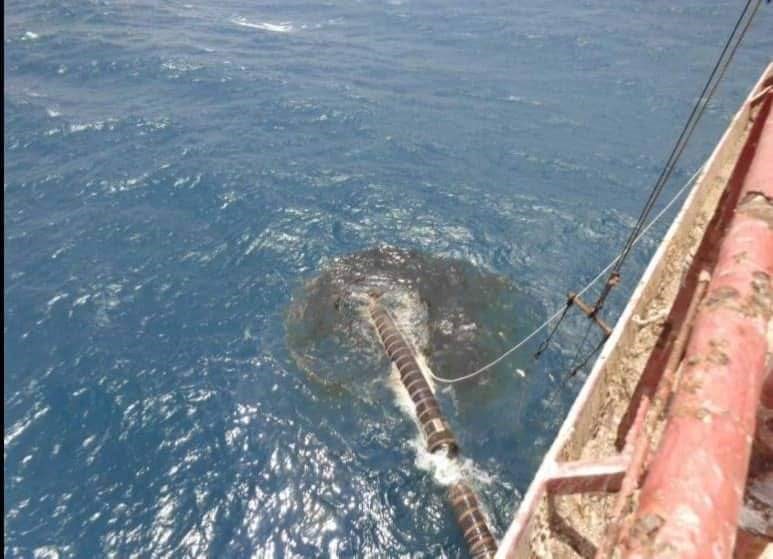 A view of the external piping system and the hose failure that led to a spill earlier this year (supplied to I.R. Consilium). 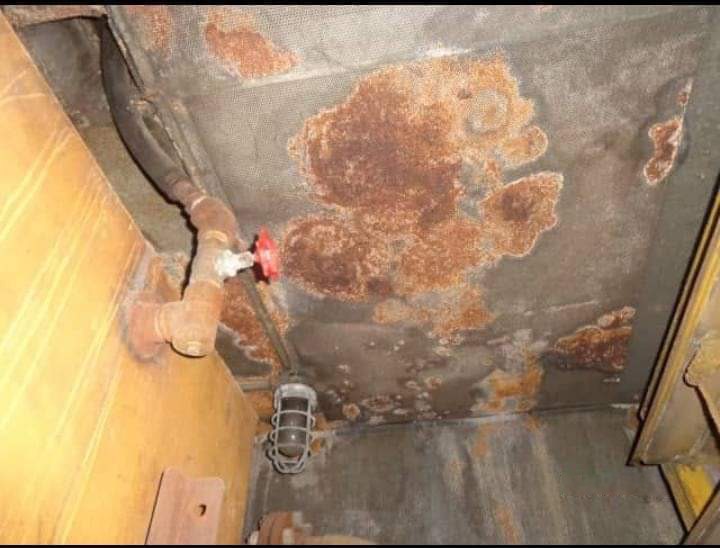 An indication of the internal decay of the vessel and the lack of a functioning cathodic protection system (supplied to I.R. Consilium). 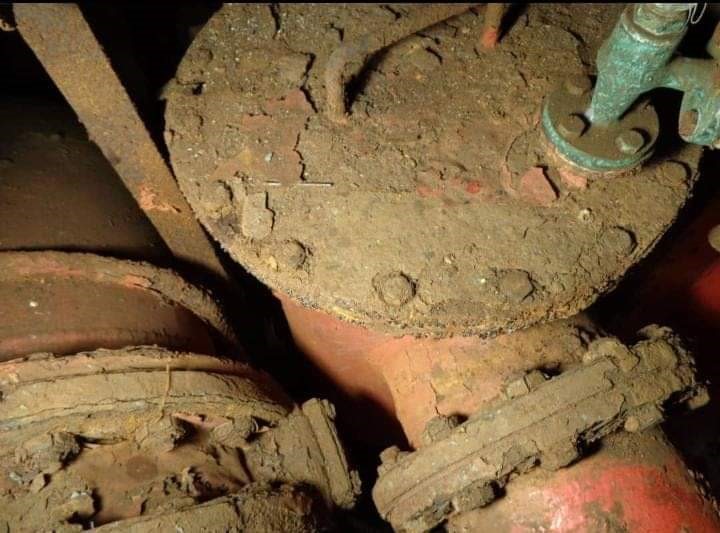 The corrosion on the control piping system (supplied to I.R. Consilium). 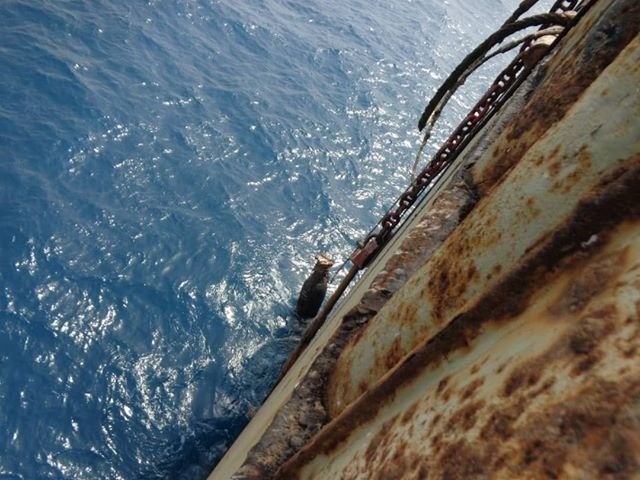 Deterioration on the single hull of the Safer (supplied to I.R. Consilium).

This article was origionally published by the Atlantic Council.