What Could Canal Authorities Learn From the Ever Given Grounding?

The Suez Canal can become one of the safest routes in the world for shipping, but reaching that destination will require significant change. 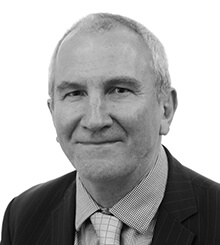 The Suez Canal is one of the most famous and important trading routes in the world carrying about 12% of all global trade each day. In 2021, the 400m long 200,000-tonne super container ship Ever Given grounded in the canal and was stranded for six days whilst salvage crews worked to free her. The vessel blocked access from both ends of the canal holding up an estimated $9.6 billion of trade each day.

It is important following any incident – let alone one as high-profile as this – to examine the lessons that can be learned to improve access and maritime safety, not only in the unique and taxing shipping route that is the Suez Canal, but around the world.

TMC Marine, a Bureau Veritas Group Company, has been providing advice and support to the marine and offshore energy industries since 1979. Service lines include a wide range of marine surveying and consultancy, from the planning and execution of high-risk marine operations to the investigation and resolution of major maritime incidents and disputes. TMC Marine has carried out more than 18,000 maritime investigations globally, including several investigations each year in the Suez Canal.

There are five critical areas that vessel owners and operators should consider to avoid similar scenarios happening again.

While external factors such as a wind speed of 40 knots and a sandstorm, were initially suggested as playing a role in the grounding of the Ever Given, pilotage including the interaction between pilot and crew, is an equally if not more important area for concern.

The relationship between a vessel’s captain, officers and the pilot can often be a flashpoint and a culture shift towards more mutually balanced respect would be beneficial in many cases. Under most regulations around the world, pilots advise the crew on steering and navigation but the captain has final responsibility and can overrule a pilot’s order. However, in the Suez Canal particularly, there is a strong pilot culture and it is not uncommon for the captain or his designate (as a reminder a transit can take 12 hours or more) to defer to the pilots’ expertise and only rarely to challenge their advice.

Changes in bridge resource management, specific to the canal, would be an important development in helping to improve the relationship between both sides. These changes should include improvements in management and a greater degree of proactivity in the relationship between the bridge team and the pilot. This would enable bridge teams (especially more junior officers) to feel more empowered to question the pilot’s recommendations. It would also increase the potential for the pilot to be recognized and respected more as an integrated member of the bridge team, rather than as a stand-alone entity, which is now often the case.

Good examples of a canal authority, pilots and bridge teams working well together can be seen on the Panama Canal, which is a technically more challenging passage than the likes of the Suez Canal, but has traditionally fewer grounding incidents.

It is noteworthy that the Panama Canal is the only waterway in the world where the pilot has legal responsibility for courses and speeds and the master provides advice. The pilot works as a member of the bridge team, including providing input into the vessel’s passage plan. Good teamwork between crews, the pilots and the Panama Canal Authority enhances the certainty of a safe and risk-reduced passage through the canal’s challenges including its locks and lakes.

2. A holistic approach to marine operations

From pre-reporting the arrival of the vessel, to a risk assessment of its draft and passage plan, multi-disciplinary assessments of weather forecasts, currents and under keel clearance, vessel windage, clear communication and information share between the bridge team, the pilots and the canal authority is critical for a safe and efficient passage. An important enabler for more transparent dialogue would be an agreement for communication in a universally accepted language between the vessels transiting the canal, the pilots and the Suez Canal Authority.

Underpinning communication must be a clear and stated set of guidelines and a strong working relationship between the canal authority, pilots, the captain and the ship owner.

The Panama Canal is a good example of the benefits of effective communication. The canal presents difficult technical challenges because it contains many variables, such as the level of fresh water flowing from the top locks through the system, but good information share between all relevant parties reduces transport risks.

One of the biggest advances to improved safety on the Suez Canal has been the advances made by Suez Canal Authority in its program of increasing two lane segments.

Following the grounding of the Ever Given, the authority announced plans to widen and deepen the 30km stretch of waterway between the city of Suez and the Bitter Lake area by 2023. Two-directional traffic in the canal lane further north will also be extended by 10km to a total length of 82km.

Despite modern vessels having the most advanced technical equipment ever at their disposal, their increased size means once control is lost it is very difficult to retrieve. Container capacity on vessels has increased by 1,500 percent over the past 50 years and has doubled in the past decade. From our experience, while the number of incidents investigated by TMC Marine in the Suez Canal has remained constant over the years, their scale has increased due to the greater size of the vessels.

"Dualing" the entire 120-mile canal would eliminate the existing convoy system and the need for anchorage and would significantly support risk reduction in transit, though this will take some time to complete, if indeed it is even possible.

Once armed with better navigational aids and good information share on issues such as port and canal cautionary warnings, potential hazards and dangers, accurate and reliable weather forecasts, tide heights and currents, the captain would be properly informed and should be empowered to make the final decision on whether or not to transit the canal.

In many ports and canals around the world eager to protect their assets and facilities, such as the Kiel Canal in Germany, or Yangshan Port, China, the operating authority will share information on the conditions and advise whether or not it thinks passage is safe.

In other cases, a lack of good information share means a vessel can start the transit with insufficient detail about what lies ahead.

The captain is ultimately responsible for the vessel in transit. Ensuring that the decision on whether to stop or go ahead rests with the captain would be an important step in improving maritime safety. But the Captain needs all of the available information to hand in order to make this decision. Of course, other pressures such as commercial may also come into play, but an improved and safer transit process should be embraced and supported by all within the shipping industry.

This of course does not relieve the Master of his obligation to have a proper Passage Plan covering the entire passage from anchorage to clearing the canal at the other end, to guide and inform the crew at each and every step of the transit.

Despite the fact that transiting the Suez Canal is not a technically challenging operation, groundings and other incidents occur frequently. The creation of comprehensive and publicly available reports after every incident following open and transparent investigations, by the Suez Canal Authority (SCA) or by other authorities with input from the SCA, would help ensure lessons are learned and potential improvements could be implemented and promulgated to all relevant parties. More detailed, realistic and appropriate regulations from a marine operations perspective would provide clarity and greater peace of mind to the vessel’s bridge team.

Simple initiatives such as obtaining feedback from captains on their observations after every transit of the canal would be a proactive measure to support greater transparency and assist in making marine operations more simple and safe.

The Suez Canal has been a vital link for east-west trade for more than 150 years and will remain so for years to come. Its six-day closure last year was a catastrophic event, costing the Suez Canal Authority an estimated $15 million a day. The canal can become one of the safest routes in the world for shipping. However at the moment, reaching that destination is far from a given and will require significant change.

Graham Inseal is a Master Mariner and spent 25 years sailing predominantly in oil tankers worldwide, including VLCC, ULCC, Suezmax and product tankers, including six years in command of VLCC and ULCCs. He came ashore in 2002 and passed a CPE in law. Upon graduation he took up a position as Inspector of Marine Accidents with the UK governments MAIB, and he investigated a wide range of marine accidents leading to the drafting of publicly available reports. After a series of private-sector posts, he joined TMC Marine in April 2019, and as TMC Head of Mariners he is the discipline lead.