Video: The Corals of Ireland

Most people associate the word “coral” with sunshine, blue skies and Australia’s Great Barrier Reef. In fact, more than half of the 5,100 species on the planet exist as “cold-water corals” in deep and dark parts of the world’s oceans.

Unlike most other animals, corals are immobile and so rely heavily on currents to transport tiny bits of organic material to feed on. Over time, in some cases millions of years, cold-water corals can grow to eventually form huge skyscraper-sized structures on the seabed called “coral mounds”. These structures are common in the north east Atlantic at the edge of the Irish continental shelf. They can be several kilometres long and reach 100 metres or more in height – taller than any building in Ireland.

I have been studying the cold-water coral habitats off the coast of Ireland for a number of years, and have found these mounds of fossilised coral and sediment are incredibly varied. Some are completely covered with live coral while others have lots of dead coral on the surface, and the mounds themselves have very different shapes and sizes. 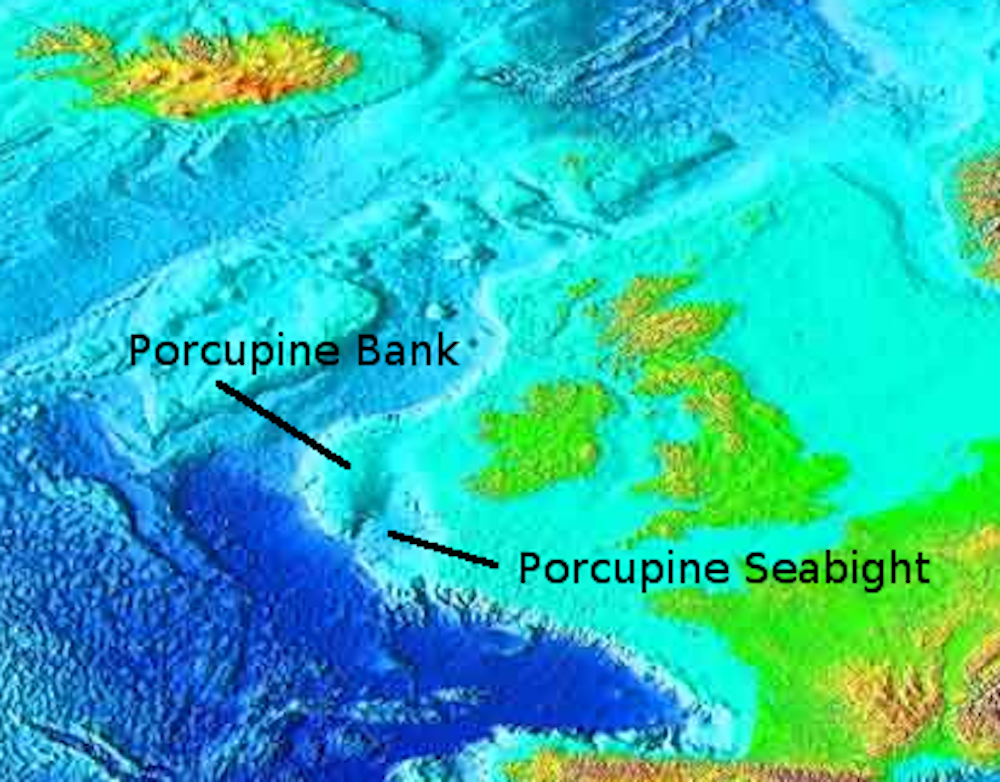 One place of interest is the Porcupine Bank Canyon, the largest submarine canyon at the edge of Ireland’s continental shelf. Colleagues and I wanted to understand why the coral there varied so much over short distances.

To do this, we used the Irish Marine Institute’s deepwater research submersible to gather sonar data and deploy monitoring systems. This equipment is essential to retrieve information from habitats that can be found almost a kilometre beneath the surface. We recently published the results of our work in the Nature journal Scientific Reports. 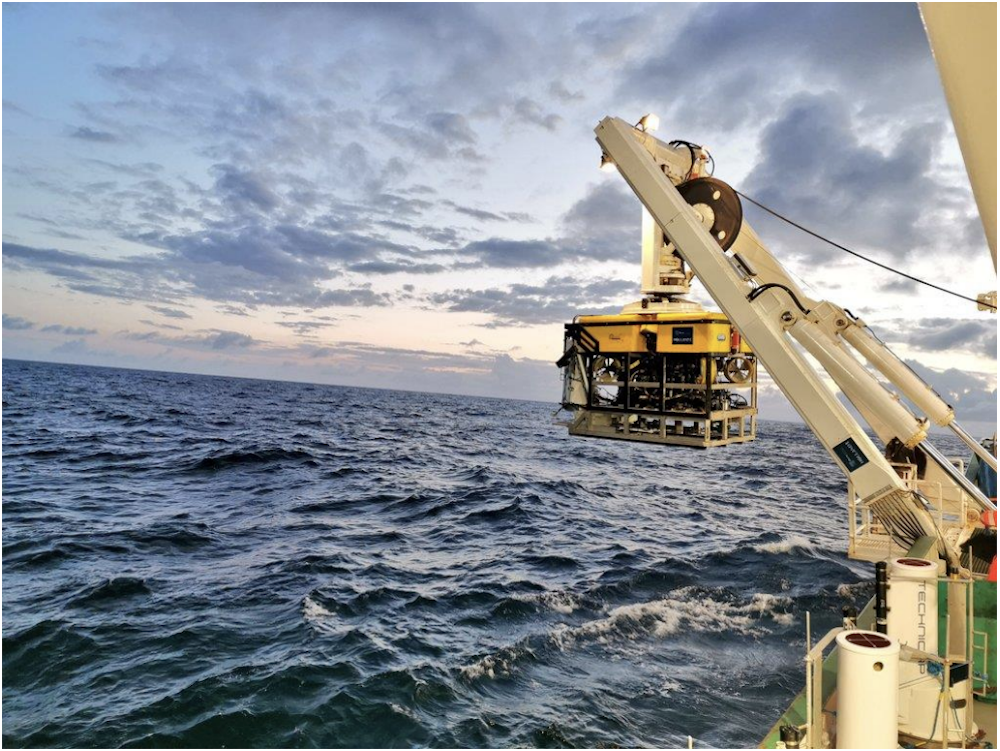 Images show that corals are thriving at the very edge of the canyon on a near-vertical cliff face. Monitoring stations deployed nearby showed that the currents here were fast, sometimes more than a metre per second, the highest speed ever recorded in a cold-water coral habitat. Nevertheless, there was also more coral rubble at these sites, which may be the result of these faster currents.

We then used video footage captured by the submarine to generate 3D reconstructions of the coral habitats which we could analyse to understand how deep water currents were influencing them. Interestingly, while the corals can survive these extreme conditions, it appears that they still prefer it when the current slows down as they then find it easier to feed. As the cold-water corals live in such remote parts of the planet, in the past experiments have been run in tanks in laboratories which show similar results.

As the world warms, so too will the oceans. Winds over the sea surface are getting stronger, causing average ocean currents to accelerate by around 5% per decade since the 1990s. It’s still unclear exactly how these huge mounds of coral deep below the surface of the ocean will respond to these changing conditions, especially since coral lives on such long time scales. After all, these coral mounds grow very slowly, no more than a mere 12cm every thousand years.

Yet despite their slow growing nature, colleagues and I have previously found these mounds have exhibited changes over just four years, with increased amounts of coral rubble and significant decreases in the coverage of a particular coral species.

This is why our team recently deployed the monitoring stations for another year. We’re looking out for things like increased production of coral rubble, or growth of coral on the mounds. Ultimately, our aim is to determine how these corals will respond to these tough and changing conditions in the long run.

Aaron Lim is a post-doctoral researcher in marine geoscience at University College Cork.