On summer evenings in the 1980s, the residents of a houseboat community in Sausalito, California would often have trouble sleeping. A bizarre and persistent humming noise would keep them awake, and although they investigated, neither the residents nor the local authorities could pinpoint the problem.

They ruled out noise from generators, and even considered the possibility of secret military tests. It was researchers at the nearby Steinhart Aquarium who finally identified the culprit. The strange noise was the courtship song of male toadfish who were doing their best to attract females to their underwater love nests.

Back then, the field of bioacoustics – the scientific study of the production, transmission and perception of animal sounds – was a highly specialised and relatively remote research area. Underwater bioacoustics was even more niche, with only a handful of labs having access to the expensive equipment and technical know-how needed to record and decipher aquatic soundscapes. 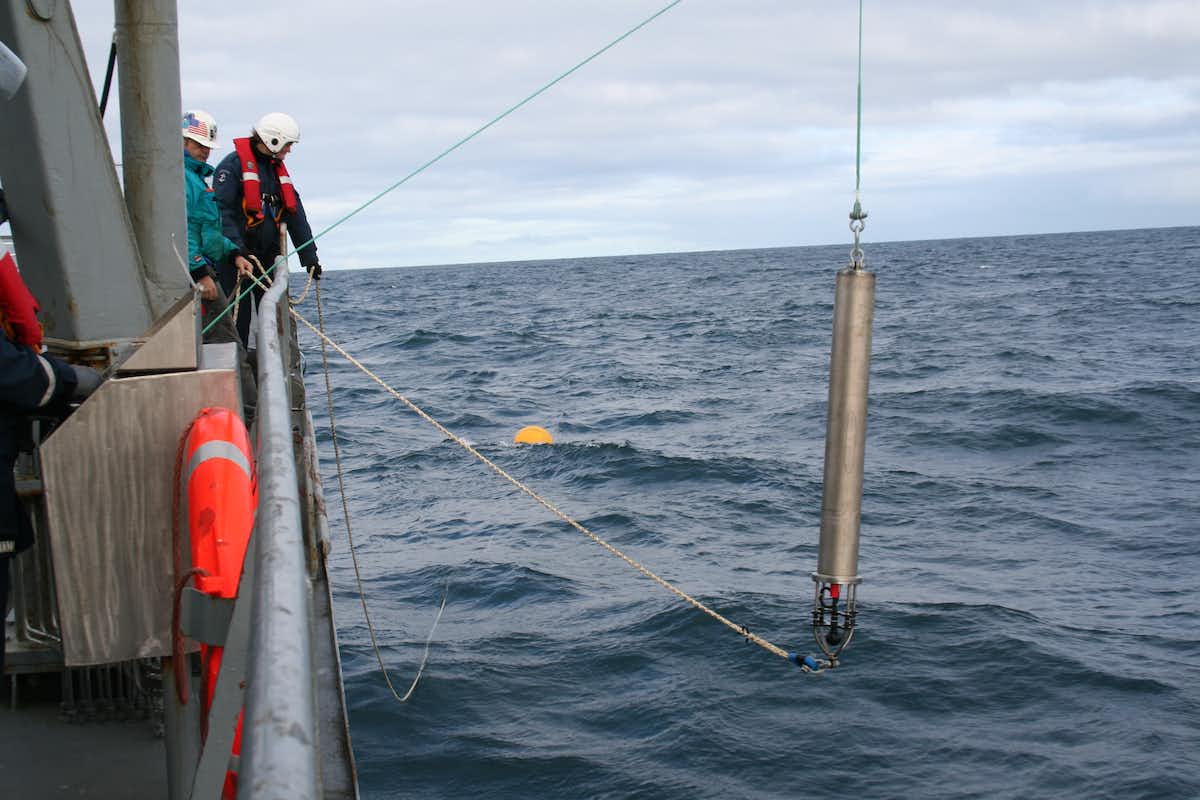 Cheaper kits capable of more accurate recordings and powerful open source software have since brought the study of aquatic sounds to the scientific masses. This has led to a renaissance in our understanding of sound in the sea. And it turns out that the ocean is a very noisy place indeed.

Life in an increasingly noisy ocean

Scientists are now discovering the extent to which aquatic animals produce sound, and the role that their grunts, pops, growls and whines play in communication.

For instance, we now know that many commercially important fish species, like cod and haddock, choreograph their complex courtship displays by producing grunts and hums. Sound plays an equally important role in the complex sex life of the noisy Caribbean coral reef fish, the black hamlet. These fish are simultaneous hermaphrodites and produce both sperm and eggs at the same time. They make noises during courtship to signal to their partner whether they are temporarily acting as the “male” or the “female” as they trade sex cells.

Evolution has adapted fish for life in environments where cues other than sound may be less reliable. When the water’s cloudy, if it’s dark, or if you live under a rock or an upturned mollusc shell, then even if your prospective mate can’t see you, they can still hear you, and use this to determine whether you might make a suitable partner.

The problem for many marine animals now, though, is that the underwater soundscapes they have evolved in are being pummelled by broad-frequency noise from shipping, drilling and many other human sources. This makes it harder for them to be heard, and it’s not only their romantic encounters that are affected.

European eels are endangered fish that begin their lives in the Atlantic Ocean but migrate to rivers and lakes to undergo most of their growth and development, before returning to the sea to spawn. Recent studies have demonstrated that the noise they encounter around boat-crowded coasts can prevent them from reacting to predators and lessen their chances of survival.

But it’s not just noisy human activity that stops animals reliant on underwater sound from surviving and prospering. Climate change is having a complex effect on underwater soundscapes, and nowhere is this more clear than on coral reefs. When coral reefs bleach in response to rising temperatures and ocean acidity, there’s usually a dramatic reduction in the noises emanating from these habitats.

On a healthy reef, the combined din of countless snapping shrimps, grunting gobies and other noisy coral critters creates an acoustic signpost which prospective larval reef dwellers drifting on oceanic currents use to navigate towards suitable habitats to settle on. As the noisy occupants desert an unhealthy reef and the sound levels drop, the recruitment of incoming animals falls too, accelerating the reef’s death.

So far, so depressing. But here’s the good news. Our improved understanding of underwater sounds on coral reefs might help scientists keep track of how these ecosystems are faring. In a recent paper led by the Universities of Exeter and Bristol, researchers studied coral reefs that had been extensively damaged by blast fishing – a dangerous and destructive technique in which explosives are used to stun and catch fish. They monitored the reef’s recovery after being artificially restored with new healthy corals. As these devastated reefs recovered, the quantity and diversity of sounds they recorded began to match those of pristine reefs.

Even better, we can use this knowledge to help damaged coral reefs recover quicker. Using underwater speakers, scientists have been able to play back sounds recorded on healthy reefs to entice fish and other animals back to recovering coral habitats, speeding up the natural process of regeneration.

By listening to the ocean, we have begun to truly understand – and tentatively address – the many challenges it faces.