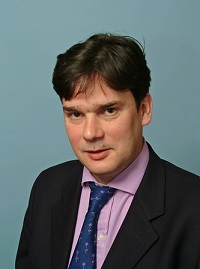 It goes without saying that the success of the global shipping industry, and its facilitation of world trade and sustainable development, is very much dependent on the seafarers it employs, about 1.7 million of whom are currently working in international trades. To coin a phrase, seafarers “move the world,” and in doing so they also make tremendous sacrifices, staying away from home and family for extended periods of time.

It also goes without saying that being a seafarer is special profession, although sadly this is something that may not always be fully appreciated by the wider society which shipping exists to serve. Collectively, we must do even more to promote public understanding of the vital role of seafaring and shipping in keeping the global economy moving.

The International Chamber of Shipping (ICS) is pleased to continue to work closely, with its social partner – the International Transport Workers’ Federation (ITF), and its seafarer union affiliates – in order to ensure the worldwide implementation of the ILO Maritime Labour Convention (MLC).

The ILO MLC is something about which we are all rightly proud, and it is truly unique to the shipping industry, demonstrating our commitment to the ILO concept of Decent Work, and the maintenance of a level playing field for employment standards, regardless of the seafarer’s country of residence.

We are very pleased that the MLC has been now been ratified over 80 nations and now covers over 90 percent of the world merchant fleet. The ILO MLC is truly now the forth pillar of global maritime regulation, alongside the SOLAS, MARPOL and STCW Conventions adopted by the IMO.

With respect to IMO, the immediate challenge this year is to ensure that the industry and governments have fully implemented the Manila amendments to the IMO STCW Convention governing seafarer training standards, following the end of the transitional regime in January.

It is important that seafarers have completed any required updating training, and that administrations have ensured the issue of large numbers of required certificates and flag state endorsements, to the extent that this may not have been done already.

In addition to reiterating that seafarers keep the world moving, and are at the forefront of the industry’s efforts to play its part in tackling climate change, they can also be called upon to take on other extraordinary tasks, beyond the call of normal duty. It is important to highlight the bravery and courage that is currently being displayed by so many seafarers, of all nationalities, with respect to the rescue at sea crisis that is still taking place in the Mediterranean.

The shipping industry fully accepts its humanitarian responsibility to come to the assistance of anyone in distress at sea. But one aspect of this terrible situation, which is often overlooked, is the effect that this is having on merchant seafarers. Many seafarers have been involved in large-scale rescue operations, saving the lives of tens thousands of people (but many of whom have suffered immensely). It has to be remembered that seafarers are civilians, they are not professional rescue personnel.

While the politics surrounding the migrant crisis are hugely complex, ICS will continue to argue that governments need to do even more.

Merchant ships, and the seafarers that serve on them, should not be expected to be routinely involved in such dangerous large scale rescue operations that are really the proper responsibility of governments.

But the Day of the Seafarer is a day of celebration. On behalf of ICS, and in co-operation with our colleagues from the seafarers’ unions, we remain committed to promoting recognition of the extraordinary role of merchant seafarers and the important and vital work that they do for the global community.

Simon Bennett is Director of Policy and External Relations at the International Chamber of Shipping.