Falklands at 40: The Loss of HMS Antelope

Forty years ago this week, sailors and soldiers in San Carlos Water in the Falklands awoke to the apocalyptic sight of HMS Antelope torn in two by a cataclysmic explosion.

Joe Morton, now aged 64, works as a civil servant at Royal Naval Air Station Culdrose. In 1982, he was in the operations room of frigate HMS Antelope, which was subjected to ferocious air attacks on May 23 in ‘bomb alley’.

“The first waves of attacks from Argentine Skyhawks swept into Bomb Alley in the early evening, giving it all day had with 20mm cannons. In return every ship and gun returned fire," said Morton. "Mayhem ensued for a good hour with several attacks up and down the alley as the Skyhawks picked their targets for the bomb load they carried.“

HMS Antelope was hit twice but the bombs failed to explode, being released too low. Later that night, experts attempted to defuse one of the bombs but it detonated, fatally damaging the ship in a huge explosion.

At the time, Morton was aft, in the aircraft hangar, when he was suddenly flung backwards by the enormous blast. “All hell broke loose as the bomb went up, with Antelope lighting up the night sky and at the same time breaking her back,“ he said.

“I soon discovered aluminium melts quickly and, having been thrown out of the hangar by the force of the explosion, I got rained on with molten lumps of the stuff," Morton said. “My biggest fear was the old girl turning turtle and trapping her crew. She had started to list and there was a massive hole midships. There was a blaze and the fire-main was breached in the explosion.”

Morton helped move a badly injured sailor up to the deck when the order was shouted to abandon ship. He said helicopters appeared from the surrounding ships, despite the dangers of approaching the crippled frigate, and began lifting people from the deck. 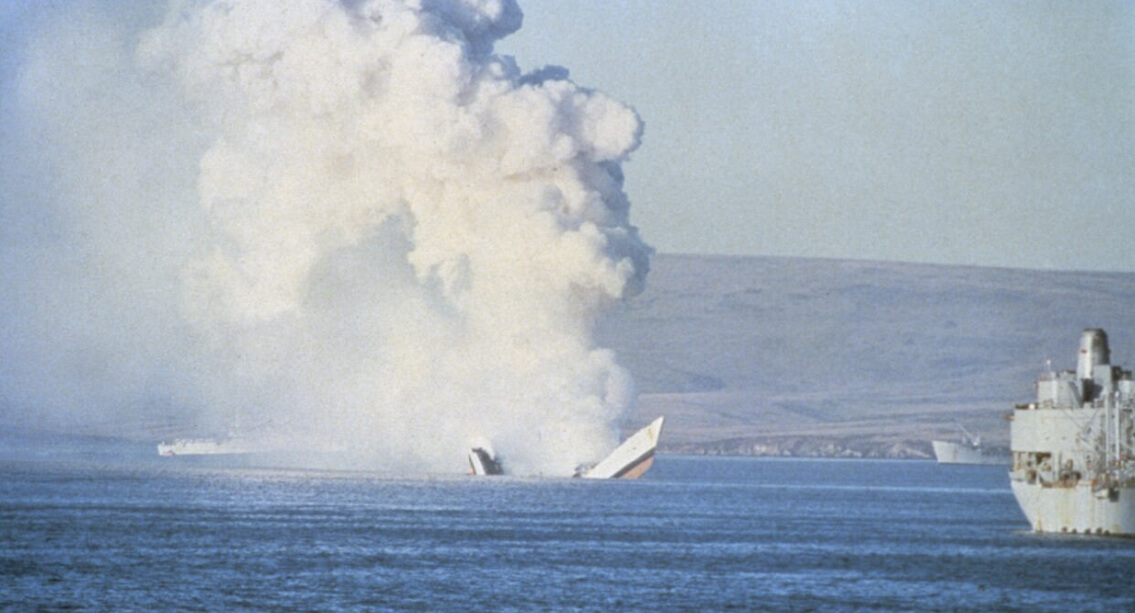 HMS Antelope, her back broken, begins to slip below (Royal Navy) 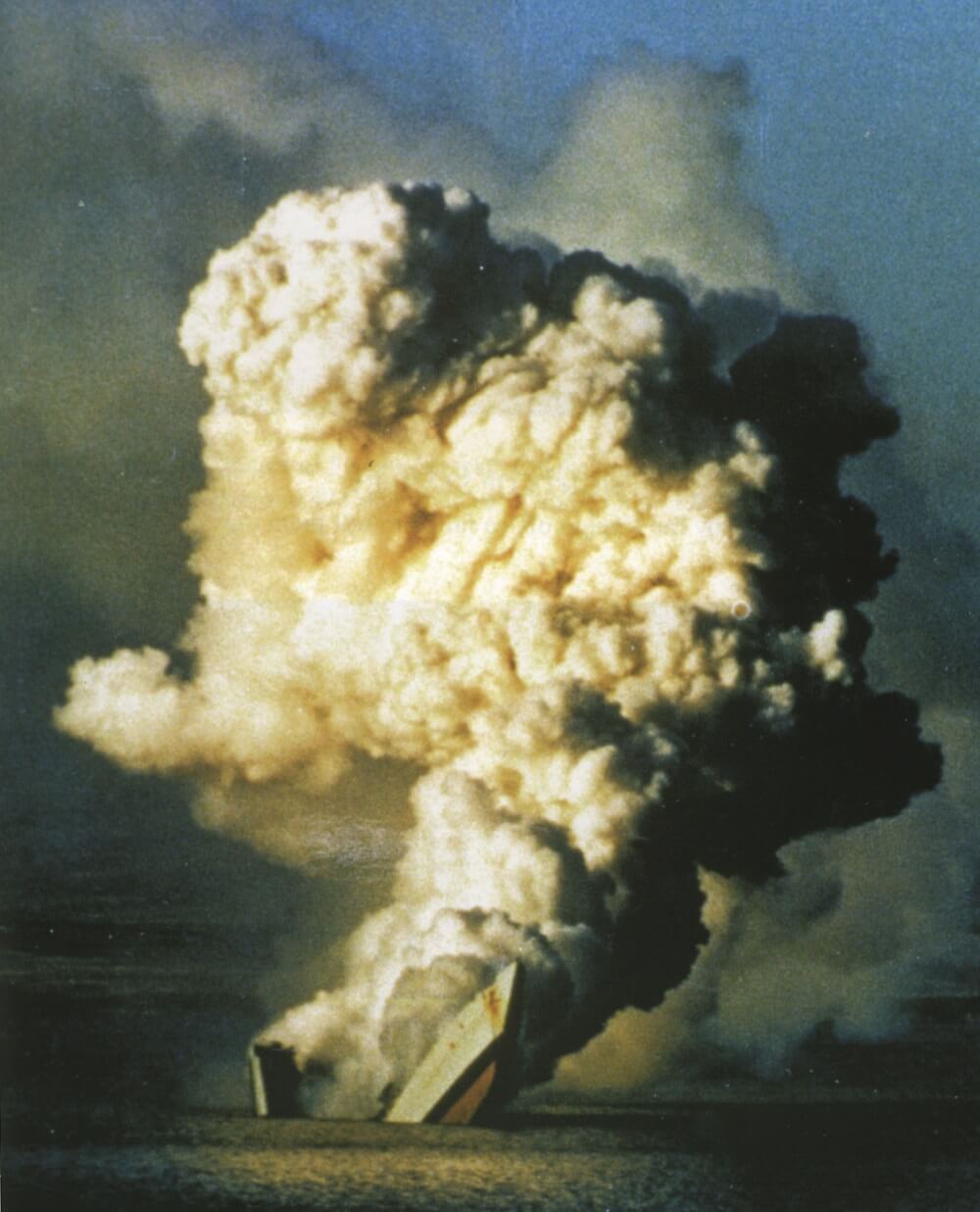 He was contemplating jumping overboard when a boat from HMS Argonaut came alongside to pick up survivors. Explosions continued throughout the night as the ship burned.

Looking back now, he said: “Those images will stay with me forever. I remember the shipmates we lost down south. But after all that happened, it was still worth it. It’s still a free country. If you need to fight for democracy, then so be it.”