The recent arrival of the 40-year-old Bader III and the 27-year-old Awassi Express in Australian waters has re-ignited an “old” debate. The animal welfare group Adelaide Against Live Export has started a petition on Change.org calling on the government to ban livestock carriers that are over 20 years old from the country.

The Australian Maritime Safety Authority (AMSA) is indeed reviewing regulations relating to older vessels, in particular Marine Order 43 which includes requirements for mechanical ventilation and a minimum number of air changes per hour in livestock spaces.

The review is considering removing the provisions that allow ships built or converted prior to May 2004 to carry livestock without meeting the additional mechanical ventilation requirements, says Minister for Infrastructure and Transport, Darren Chester, noting that any proposed changes to the regulations will be subject to consultation with industry. AMSA is also considering the removal of the exemption for vessels with decks less than 20 meters (25 feet) in breadth which also currently have lesser ventilation standards stipulated.

A ban could potentially have a large impact on the fleet of vessels that export sheep from Australia, many of which are over 20 years old. The average age of the global livestock carrier fleet has been estimated at around 35 years.

Those vocal both for and against the trade, generally agree that ship safety and livestock mortality is not determined purely by ship’s age. The safety of ships, their officers, crew and cargo is achieved through a combination of engineering (design, construction, commissioning and maintenance), day to day operations (procedures, training and experience) and management (both ashore and afloat). A newer ship in bad hands may present a greater hazard to safety and the well-being of the livestock on board than an older ship in good hands. 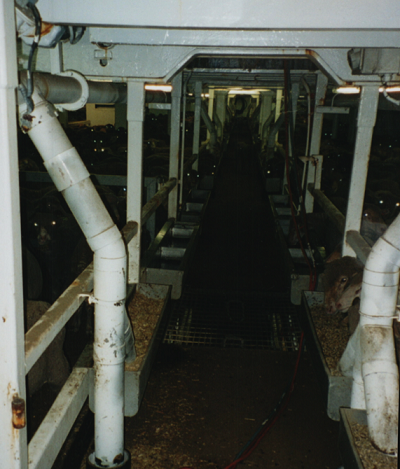 However, Adelaide Against Live Export is using the petition as a means of highlighting the issues they see with older vessels in particular. The petition description states: “Hundreds of thousands of animals have died hideous, wretched deaths on old livestock ships sailing from Australia... These animals have died, many from heat exhaustion, meaning they are cooking from the inside. They die of pneumonia, salmonella, injury and trauma on long, multi-port voyages of up to six weeks. Their suffering is immeasurable, horrendous, and it is indefensible.”

Spokeswoman Suzanne Cass cites the Bader III as an example of a ship the group would like to see banned. The Bader III can be loaded with over 60,000 sheep plus over 10,000 cattle or over 100,000 sheep if no cattle are on board. In 2013, around 4,200 sheep died on the vessel on a journey from Australia to Qatar and the United Arab Emirates, largely as a result of heat stress.

Ventilation issues are not necessarily only confined to old ships. In a 2016 interview, former live export veterinarian with around 50 years' experience in the industry, Dr Peter Arnold, told The Maritime Executive that modern ship designs suffer the same problems that ships did 30 years ago – including ventilation system design. “An essential part of a livestock ship design is ventilation for the animals. The regulations often demand volume changes per minute. A great theory, and many ships pride themselves by exceeding the required air volume changes per minute.” However, he says, as animals breathe and cool by passing air through their nose and mouth, the blatantly obvious place to provide this air is at head height.

“Most air condition vents on ships run in straight lines, usually following passage ways or down the inside of pens above a fence line, as it is easier to engineer. In reality, the sheep would prefer the air vents at a few centimeters above their heads and crossing the pens in divisions of sheep body lengths.” Even placing ventilation outlets in the middle of the pen delivering air at head height is better than delivering air in the alleyways, he says.

Another shipboard veterinarian, Dr Michael McCarthy wrote a report for Meat and Livestock Australia detailing similar issues with ventilation and pen air delivery which was published in 2005. McCarthy recommended that onboard monitoring be performed on long-haul voyages with data subjected to statistical analysis. It was recommended that the monitoring not be linked with routine daily reporting, as that information was not specific enough to be useful. In addition, it was recommended that one person set up data loggers, train and co-ordinate participants, download and collate data for subsequent analysis. The recommendations don't appear to have been followed up.

In Australia, any livestock carriers that are found to be substandard are not issued with a Certificate for the Carriage of Livestock. Ships are subject to routine AMSA inspections, and any ship failing to maintain standards will have its Certificate for the Carriage of Livestock revoked. High livestock mortality rates do not necessarily mean that the exporter or ship operator are in non-compliance with Australian requirements.

The government has set a two percent mortality threshold for reporting sheep deaths on sea voyages. Therefore, sheep mortality is only investigated when it exceeds two percent. As Australia exports about two million sheep a year, this means, assuming two million sheep are exported annually, that potentially 40,000 sheep could die at sea without the need for investigation and public dissemination of the causes. 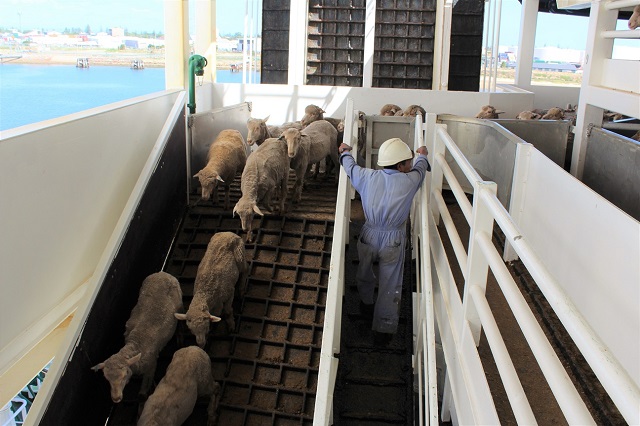 The Australian Livestock Exporters’ Council says: “Australian livestock exporters do everything possible to reduce welfare risks during transport, because good animal welfare represents good business. This is in accordance with Australian Standards for the Export of Livestock (ASEL), through which the Australian Government regulates transport standards for export livestock and upholds the world’s leading welfare controls. The requirements of ASEL, together with the relevant components of Marine Order Part 43, help ensure the welfare of Australian livestock is protected.

“More than 40 percent of the funds collected through the industry’s statutory levies is invested in animal welfare programs, including specific research on heat management in the Middle East. Mortality rates during ocean transport continue to decline, thanks to exporter-funded research, development and engineering, better management and ongoing investment.” 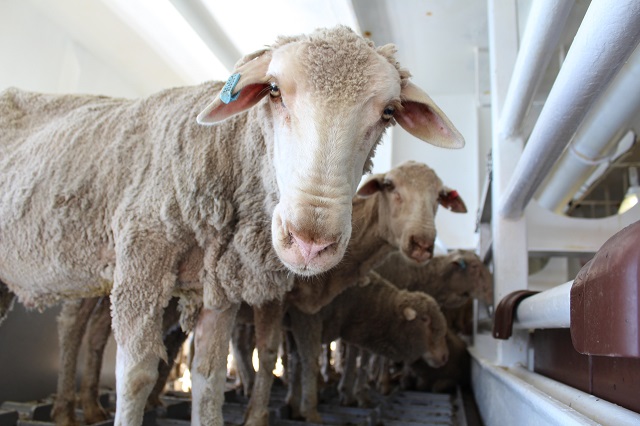 Former live export veterinarian Captain Dr Peter Kerkenzov, however, is critical about industry practices. He says: "Statistical analysis has traditionally been used to justify the live export of sheep (biostatistics) and aid in decision making to reduce mortality rates. Meaningful conclusions based on any biostatistics must depend on the accuracy of the numbers recorded but unfortunately sound evidence now exists that sheep numbers quoted are frequently wide of the mark even as many as 2,519 sheep in one instance.” He asserts that live, terminally ill sheep have been thrown over the side from ships at sea and not recorded as mortalities. He claims that ships have also reportedly been loaded with more sheep than the official number to allow for this discrepancy.

Dr Sue Foster, spokesperson for Vets Against Live Export (VALE), is also critical about the accuracy of reported mortality numbers. Most recently, she has questioned the number of sheep mortalities reported in last year's Al Messilah high-mortality voyage where approximately 3,000 sheep died of heat exhaustion. The Al Messilah is a former vehicle carrier built in 1980 capable of carrying 70,000 sheep. Despite ventilation being reported as normal on this particular ship, the government response was to recommend that industrial fans be installed on the vessel. This response would appear to indicate that routine ventilation on this old ship is inadequate for the conditions encountered, says Foster.

“Shipboard mortalities are only closely scrutinized when above the reportable limit,” says Foster. “For any shipboard mortality figures to be meaningful, numbers of dead animals must equal the number of sheep loaded minus the number of sheep unloaded. In the case of this voyage of the Al Messilah, of the 69,322 sheep loaded, only 1,741 sheep (2.51 percent) were reported as being dead with 1,286 sheep (1.85 percent) being in dispute. The Australian Government Accredited Veterinarian’s End of Voyage report states that there was a loading dispute of 257 sheep (0.37 percent) and that this meant that 1,029 less sheep discharged than loaded. The exporter explanation was that there were fewer sheep loaded than stated and more discharged than recorded with the latter being primarily responsible for the discrepancy.”

It is of grave concern that sheep mortality numbers can be flexible to the tune of 1.85 percent, says Foster. “The reportable level for sheep mortality under ASEL is two percent, but if numbers can be changed by 0.37-1.85 percent due to inaccurate counting, then clearly all government and industry claims should include that degree of uncertainty, e.g. average annual mortality of sheep for 2016 is not 0.8 percent but in fact 0.8 plus or minus 1.85 percent - a vastly different reality.” 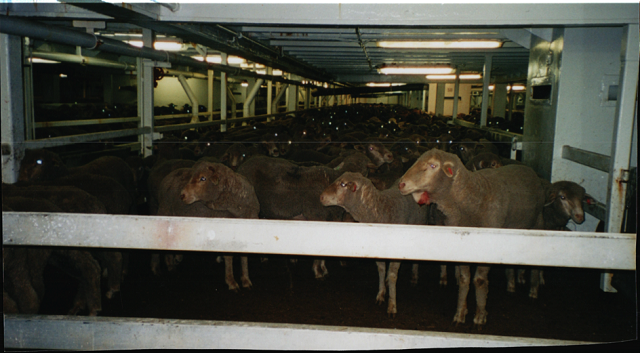 Australia’s Australian Marine Orders 43 are currently the most comprehensive maritime legislation for livestock transport and as such should be adopted internationally, says Foster. “AMSA has attempted to provide a safer and more animal friendly environment for the carriage of live animals through the strategic use of ship design to enable easier ship maintenance, animal management and therefore improved animal welfare during transit.

“Despite this, there are still significant vessel design and operation issues that impact animal welfare on live export ships. No matter how comprehensive Marine Orders 43 might be, or become, some risks including mechanical breakdowns and weather can never be eliminated.” 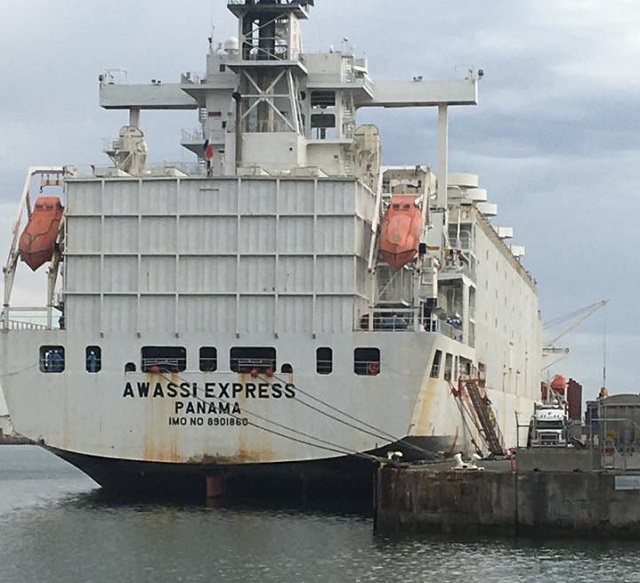