As a part of its celebratory centennial dinner at a New York designated landmark in midtown Manhattan, the American Club paid tribute to the loyalty of the three longest standing active members of the Association, during an evening reflecting on achievements and marking 100 years of history servicing the P&I marine insurance industry.

On Thursday, June 22, 2017 the American P&I Club gathered its membership for the 100th Annual General Meeting in New York City followed by a celebratory centennial dinner at the historical landmark venue Cipriani 42nd Street. The 500 guests represented its shipowning and chartering membership, brokers, representatives of shipping organizations and fellow International Group clubs, associates, correspondents, and lawyers from all over the world.  As a part of the celebration, Mr. Joseph E. M.  Hughes, Chairman and CEO of Shipowners Claims Bureau, Inc., graciously noted many significant figures that played important roles in the history of the American Club. A special tribute was paid to three members who entered the Club in the early nineties and remain active members to this day: Harley Marine Services (Public Service Marine), Reinauer Transportation and Ziddell Marine. All three members were presented with awards for long-standing membership.

Since being founded in 1917, the Club has experienced many changes. Mr. Hughes reflected on its history, relayed through its recently published centennial book which describes a legacy of “pride…perseverance, tenacity, grit, application, doggedness, however you might wish to describe that impulse of the human spirit” as “the indispensable driver shared by everyone whose combined efforts have brought the American Club to where it is today.” He detailed the remarkable transformation of the Club over the last 20 years: a more than fivefold increase in entered tonnage; fourfold premium growth; eightfold growth in total funds; a tenfold increase in free reserves as well as expanding diversification of product lines. In recognizing the achievements of the Club, Mr. Hughes thanked the membership, the Board of Directors, past leaders of the Club, and the management.

The Chairman of the American Club Board of Directors, Mr. J. Arnold Witte, emphasized to all in attendance that he “would like to acknowledge not only the Members, not only the American Club Board, for the success we’ve achieved over the years, but in particular SCB and Joe Hughes and Vince Solarino who have led us with distinction and fair consideration. I have always enjoyed the opportunity to stand before you on an annual basis, but never more so than this evening when we share our one hundredth anniversary…It’s a privilege to stand before all of you and even more of a privilege to be able to serve the American Club, its Members and its Board.”

A special highlight of the evening was Mr. Vincent J. Solarino, President and COO of Shipowners Claims Bureau, Inc., who thanked each and every member of the management team by name and, in an inspiring address, stressed the importance of those individuals who take on the day to day load of the Club’s business: servicing the membership. He called each global manager onstage with him to a standing ovation from all in attendance. Ms. Dorothea Ioannou, Global Business Development Director, then took the podium in what appeared to be a surprise address on behalf of the management staff to pay homage to the management’s leaders, Mr. Hughes and Mr. Solarino. She stated that “without their day to day guidance, wisdom, wit, will and overall leadership, we would perhaps not even be here today” then presented both with special custom-made American Club centennial logo cufflinks. All members of the Club’s Board of Directors were called to the stage for a momentous photograph to document the historical centennial celebration.

The night was topped off by Vince Solarino who expressed his view on the spirit of the American Club through a rousing rendition of the legendary Frank Sinatra’s “That’s Life” backed up by the renowned Modern Gentlemen. 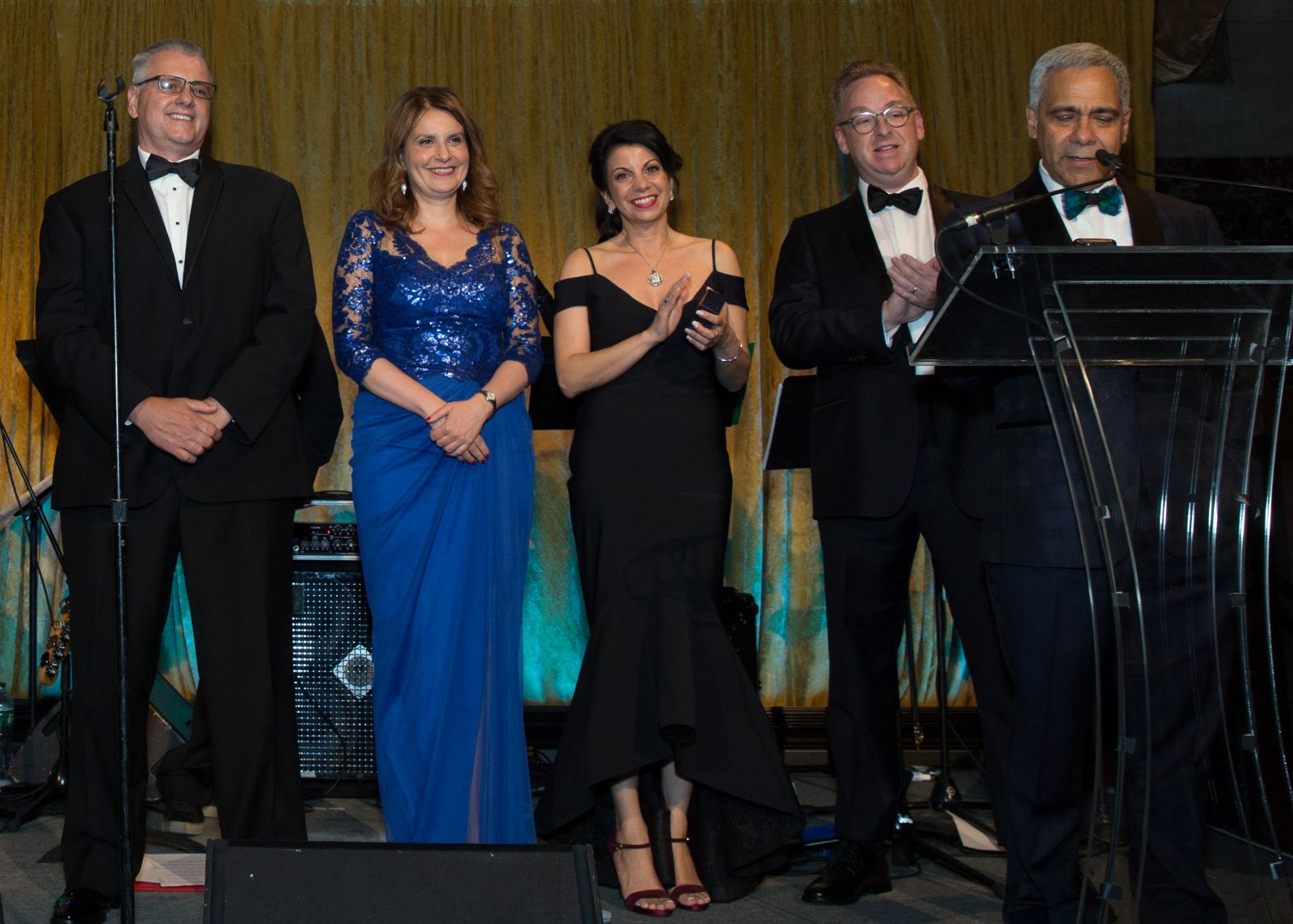 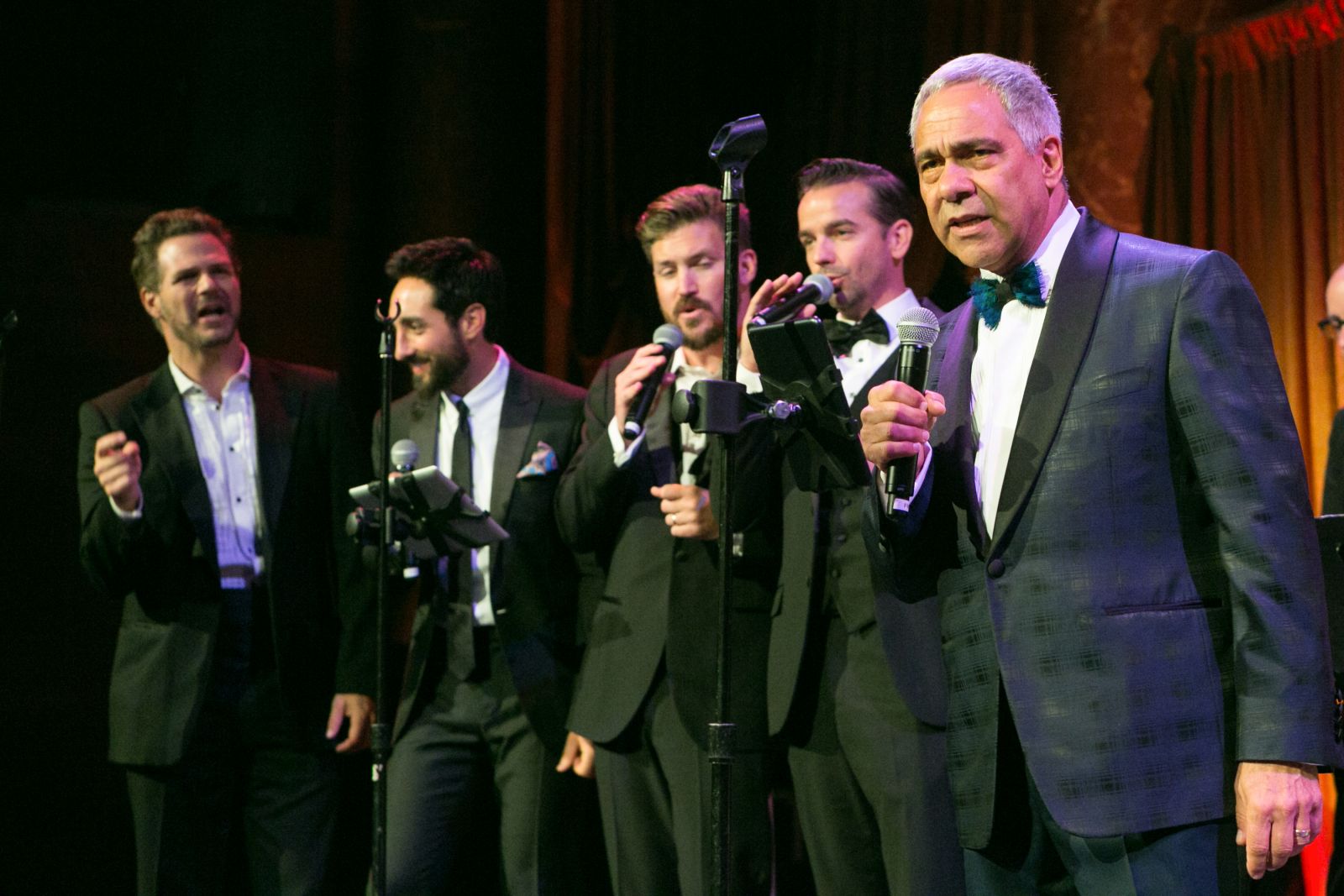