Business School With Deep Ties to Shipping Reconsiders its Namesake

In a close collaboration with Svitzer of Denmark, SCHOTTEL has developed a new hybrid propulsion concept. The new concept is based on the recent SCHOTTEL Y-Hybrid thruster technology and connects a port and starboard mounted azimuth thruster in a vessel with each other. This makes it possible to drive two thrusters with either one of the main engines. The companies are now discussing a pilot project to retrofit an existing tug with the new mechanical hybrid technology. This will transform the direct driven vessel into a greener and more cost-efficient vessel.

Svitzer runs a fleet of 430 vessels and operations all over the world, and is having a high focus on innovations and options for fleet modernization. Thomas Bangslund, Group Head of Innovation at Svitzer, was closely involved in the development of the synchron-mechanic hybrid drive system. Svitzer is convinced of the operational and environmental benefits of the new SCHOTTEL SYDRIVE-M in both retrofits and newbuilding projects.

Common vessel operation profiles for tugs or workboats include up to 90 percent of operation time with low engine loads. To optimize propulsion systems for such load, conventional hybrid propulsion systems come with two independent power sources per propeller, normally configured with a main engine and a smaller electric motor. Those additional electric components make those hybrid concepts more complex and more expensive.

Many advantages in main operation modes

Based on the unique SCHOTTEL SRP-Y Hybrid upper gear module for azimuth thrusters, SCHOTTEL SYDRIVE-M is a new variable and purely mechanical hybrid propulsion system with no need for any additional electronical components or an additional gear box. This system comes with many advantages as noted in the three following main operation modes: 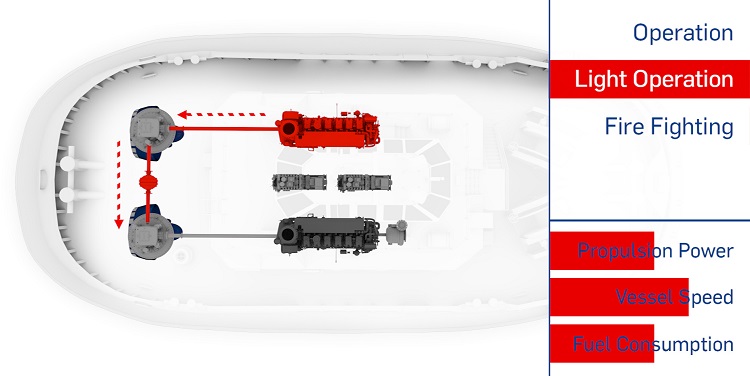 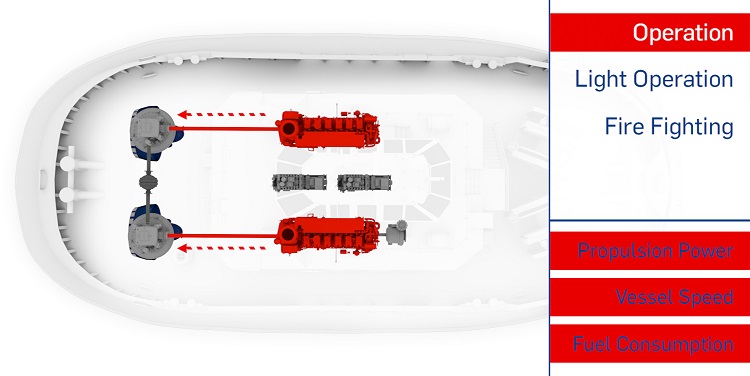 For short operation times when full propulsion power is needed, the connection between the two thrusters is disengaged and each engine is engaged to each thruster. The system is now identical to any other directly driven propulsion system. 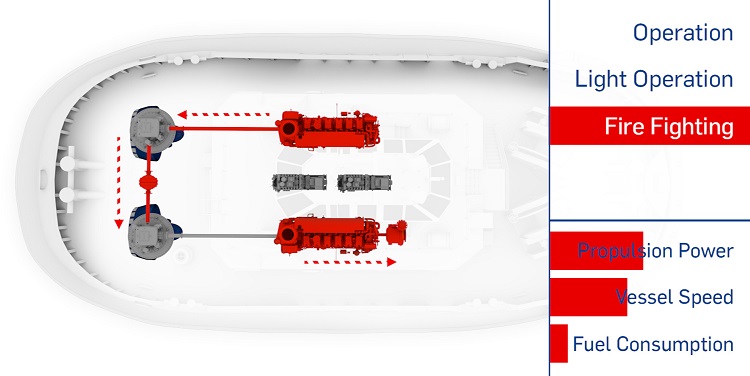 For any directly driven vessel the new SYDRIVE-M system provides a solution to enable fire-fighting operation with no need of an additional investment in components like medium or heavy duty slipping clutches, CP propellers or dedicated engines to supply power to a FiFi-pump. For the SYDRIVE-M FiFi-mode, the disengaged main engine is used to drive the FiFi-pump through its front PTO.

For newbuild and retrofit

SYDRIVE-M can be integrated into any usual vessel design with direct propulsion with no need of design changes. It is available for the SCHOTTEL Rudderpropeller and SCHOTTEL EcoPeller series of azimuth thrusters from 1,000 kW up to 3,000 kW. Retrofit is possible upon request for specific SCHOTTEL azimuth thrusters and engine types. The system has been filed for patenting.

Business School With Deep Ties to Shipping Reconsiders its Namesake