International safety expert, Salvare, has secured a number of orders for its Seapod and Mini-Pod lifesaving systems through its U.K. sales agent, SeaSafe, over the last year.

The latest contract for five units went to a U.K. west coast fleet operator, which wants to kit out all of its vessels to help ensure its crews stay safe at sea.

Jeremy Dale, managing director, SeaSafe, said: “Since we took on the distribution of Salvare’s Seapod and Mini-pod, units have been sold worldwide from everywhere in between America to Germany. We have supplied a good mix of products to both fleet operators and to private individuals.”

“What’s so great about these systems is that they’re equally as applicable for large commercial vessels as they are for small pleasure craft.”

He added that the systems’ popularity speaks for itself.

“In man overboard scenarios, the survival rate increases exponentially as the casualty is kept out of the water and this is what Seapod has been built to do.”

Salvare’s Seapod system is a lightweight, easily deployed, fully interlocking inflatable life-saving platform based on the Carley Liferaft concept. It aims to make reliance on lifejackets a thing of the past.

Weighing just four kilograms and packed in a water activated case, it offers good protection from the onset of hypothermia, increasing the chances of survival. Because of its compactness, it can be stowed on large ships, coastal vessels, small boats, helicopters and aircraft alike.

Its smaller cousin, the Mini-Pod, is proving to be just as popular across even more markets.

Like the Seapod, the aim of the Mini-Pod is to provide a place of refuge and buy hours rather than minutes for survivors waiting to be rescued from the sea.
Although it doesn’t take the place of a life raft or life jacket, the device solves the age-old problems of quick deployment, visibility and staying safely out of the water to avoid hypothermia.

SeaSafe will be back at Seawork International this year showcasing the Seapod and Mini-pod among its impressive portfolio of other innovative life safety and survival products and devices. 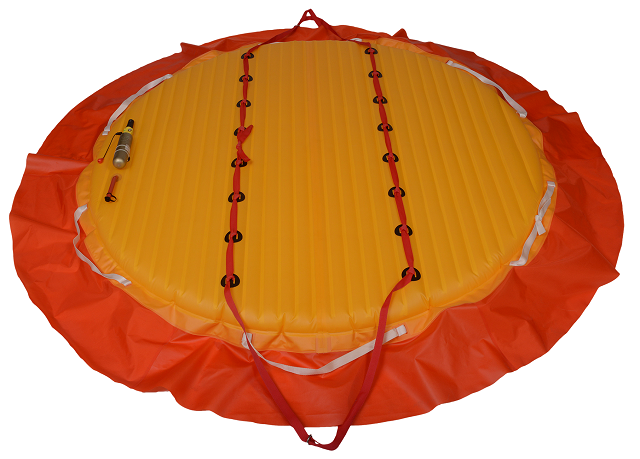