The Stena Impeccable, the latest IMOIIMAX tanker to be delivered, named in Rotterdam. It was a sunny day when the guests gathered for the solemn ceremony. The proud godmother was Trintje Margaretha Oosters, from Dutch RVB Company with which Stena Bulk and Stena Weco have a long-lasting relationship. The naming ceremony took place in the Port of Rotterdam where the vessel arrived as late as at the beginning of this week.

The Stena Impeccable was delivered at the beginning of March this year after which she sailed from China to Australia with a cargo of caustic soda. She then sailed with a cargo of vegetable oil from New Guinea via Singapore and the Suez Canal to Rotterdam. After the naming ceremony, the vessel left Rotterdam with Captain Vinay Singh at the helm for Brake in Germany where she will discharge the remainder of her cargo.

“The Port of Rotterdam is the largest port in Europe and our fleet often calls there. That’s why we also have many business contacts in the area and we took the opportunity to gather them in conjunction with this naming ceremony”, said Erik Hånell, President and CEO of Stena Bulk.

The Stena Impeccable was built at the Chinese shipyard GSI (Guangzhou Shipbuilding International) like all the 13 IMOIIMAX tankers ordered by Stena Bulk – both delivered and under construction. The vessel is wholly owned by Stena Bulk, operated by Stena Weco and sails in the company’s global logistics system, which currently employs around 60 vessels.

Six of the 13 IMOIIMAX tankers are wholly owned by Stena Bulk, four together with GAR (Golden Agri Resources), two by Stena Bulk’s sister company Concordia Maritime and one in a partnership with Weco. Ten tankers have so far been delivered and the remaining three will be delivered by 2018.

IMOIIMAX is a further development of an already well-established concept and the innovative technical design was developed by Stena Teknik together with the Chinese shipyard GSI. It offers several advantages such as extra-large cargo flexibility, a high level of safety and economical fuel consumption – 10-20% lower than that of equivalent vessels when sailing at service speed. 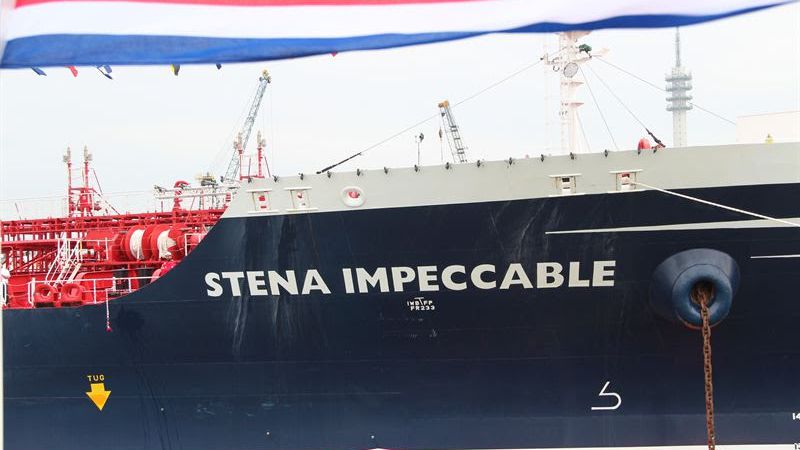