A new system has been developed for applying Miko magnetic patches to ships that have been holed by ice in Polar waters. This is expected to be of particular value to vessels of all types that are applying for Polar Code certification as it will physically demonstrate their preparedness for dealing with hull damage that might be caused by ice.

The new Miko Polar Kit is manufactured in Norway and contains a selection of magnetic patches and high-power magnets that can be lowered and secured over an area of hull damage. Miko patches are well-proven and regularly used around the world where they have prevented the sinking of numerous vessels since their launch in 1997. In an emergency, a patch made from a strong laminate that includes a flexible magnetic layer, can be lowered over the hole where it will stick like a giant fridge magnet. The magnetic adhesion of the patch combined with the outside water pressure closes the hole and keeps it securely in place. Additional high-power magnets might also be used to maintain the seal until the ship is safely in dock.

Studies have shown that that ice damage is most likely to occur near or just below the water line so the new Polar Kit has been developed to deal with these situations effectively. It contains a system of handling lines pre-rigged through magnets that are attached to the ship’s hull above and below the damaged area. These enable ships to lower and fasten a magnetic patch over a hole without the use of divers and thereby secure the vessel against water entry.

Increasing Polar traffic prompted the IMO to introduce the Polar Code in 2017 to increase vessel safety and prevent pollution hazards. Ships certified as conforming to the Code are consequently acknowledged as being prepared and technically equipped for dealing with the Polar environment. To achieve this certification ships must undergo a thorough approvals process. They must be able to demonstrate that the ship and crew can cope with Arctic emergencies and are capable of dealing with any problems they might encounter. The dangers of unexpected ice-damage are such that even Ice Class vessels are at risk and must be able to show an ability to deal with incidents should they arise. Miko believes that the new Polar Kit will help demonstrate this ability.

The cruise ship m/v Explorer became the best-known example of a vessel being lost in such circumstances when it sustained a relatively small puncture from hard ice off Antarctica in 2007. Miko’s sales manager, Cato Stoll, recently spoke to Benny Didriksen who was First Officer onboard the Hurtigruta Line vessel M/S NordNorge which witnessed the incident and rescued passengers from the sinking cruise ship. “The crew was unable to stop the in-flow of water and the ship eventually went down,” Stoll was told. “Didriksen told me that if such a patch had been available the outcome would probably have been very different.”

“With greater awareness of the environmental and the safety risks caused by increased shipping in Polar waters, higher standards of safety management are being demanded from ship operators,” said  Stoll. “We believe that an ability to deal with ice damage will be seen as an important part of this.” 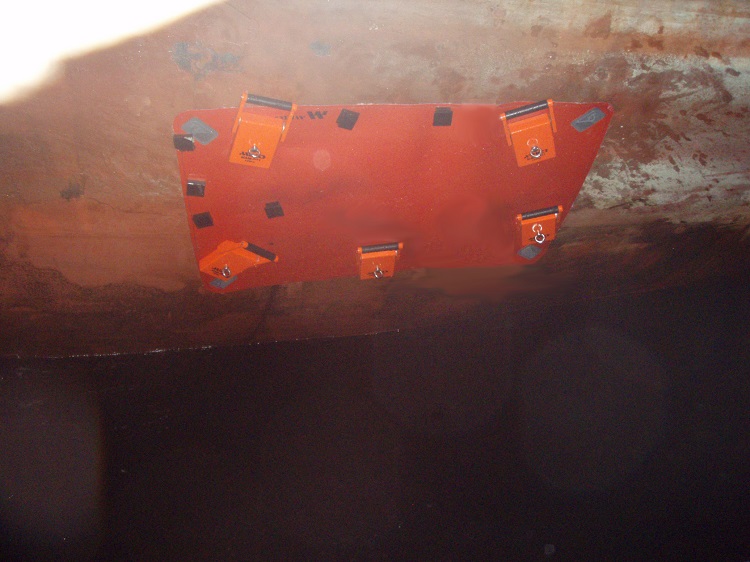 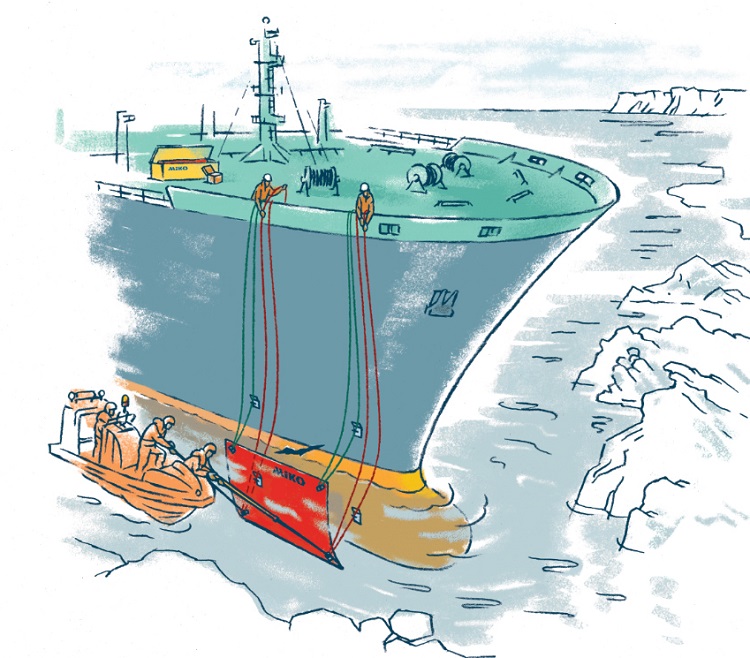