JAXPORT Director of Terminal Operations Doug Menefee and Crowley Maritime Chairman and CEO Thomas Crowley recently met with local and industry media to welcome the arrival of Crowley's new LNG-powered vessel, El Coquí, and discuss the benefits of liquefied natural gas (LNG) as a cleaner, greener marine fuel. ?El Coquí arrived at JAXPORT’s Talleyrand terminal, her homeport, at the end of July and was loaded with containers and autos before making her maiden voyage to Puerto Rico (video above).

El Coquí is among the first vessels of her kind to be powered by LNG. She has a cruising speed of 22 knots, and she can carry about 2,400 TEU, including the 53-foot high-capacity containers that are common in the Puerto Rico trade. Within the ship is an enclosed ro/ro deck that can carry up to 400 cars and larger vehicles. El Coquí is now the only vessel with enclosed car decks on the route. 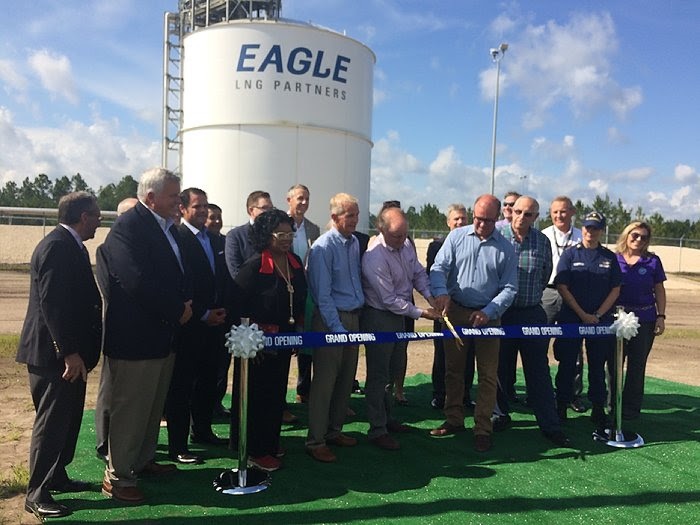