An official ribbon cutting ceremony was held on Monday for the Dry dock no. 10 of Marseille Port. The biggest dock in the Mediterranean, and one of the biggest in the world, it was inaugurated during an event organized by Chantier Naval de Marseille and the Marseille Fos Port Authority.

“With this inauguration, we officially kick start a new development phase for our business and for the city of Marseille. When San Giorgio del Porto arrived here in July 2010, we took over an area that had largely suffered from the crisis, but thanks to our determination and to the vision of the Port and the local authorities, we have relaunched the ship repair industry in Marseille. Now we can work to consolidate and further develop our activities as we can finally exploit the full potential of these infrastructures, turning Chantier Naval de Marseille into a key logistical hub for all kind of vessels” said Ferdinando Garrè, CEO of San Giorgio del Porto, parent company of CNdM and headquartered in Genoa, Italy. “This is a moment of great joy and pride for me and for San Giorgio del Porto as a whole as we become one of the key players of the economic relaunch of the port of Marseille”. 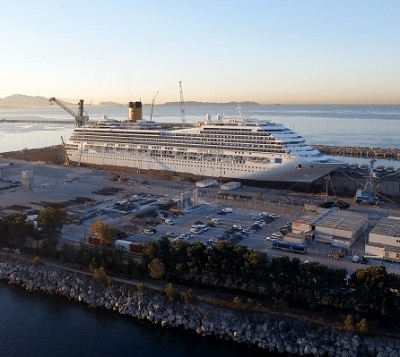 Chantier Naval de Marseille operates three dry docks, dock no. 8, no. 9 and, since October, the new no. 10, the biggest dry dock in the Mediterranean Sea and one of the biggest in the world.

Thanks to its 465 meters in length and 85 meters in width, dock no. 10 is ready to accommodate all types of naval vessels. With the new facility, the shipyard will be able to position itself and the port of Marseille as a state of the art location for all ship-owners and cruise ships, tankers, cargo ships, RO/RO, container ships, gas carriers and offshore platforms will all be able to benefit from the extensive expertise and state of the art technologies of the yard.

“With the today inauguration  of the dock 10, CNdM has at its disposal an unique industrial means in Mediterranee which will give the capability to offer to its customers a very high level of services and added values for all type of vessels in order to manage the most complex works on board with their own personal and the strong technologic competences of the local network.” said Jacques Hardelay, President of Chantier Naval de Marseille.

“The proximity of the cruise terminal is an exceptional asset for the ship-owners in order to reduce their dry dock duration and for the GPMM to be able to increase its attractiveness. Our target is to contribute to the development of the local economy thanks’ to the variety of type of vessels able to be repair or convert in our yard.”

“The port of Marseille Fos is the first French cruise port and plays a major role in the Mediterranean Sea. The size of the new ships requires dry docks of adequate measures and in proximity of their area of operation. Thanks to our three co-investors, French Government, Provence-Alpes-Côte d’Azur Region, Bouches-du-Rhône Department, Dry dock no.10 responds to this need and opens new industrial perspectives to large scale ship repair, offering new opportunities for the offshore sector, gas tankers, bulk carriers or container ships,” stated Christine Cabau Woehrel, president of the Directory Port of Marseille Fos and Chief Executive Officer of Marseille Fos Port Authority. “It is a new page for ship repair in Marseille. We can now offer our customers, on the same premises, a complete port service, from commercial operations

Chantier Naval de Marseille was founded by San Giorgio del Porto in 2010 and employs about 120 people, including naval architects, mechanical engineers and specialized technicians. The shipyard is located in a strategic position, at the centre of a large traffic zone extending from Genoa to Barcelona. The formal inauguration of dock no. 10 follows another significant milestone in the consolidation of CNdM, represented by the entry of Costa Crociere with a 33.3 percent share back in August 2016.

Additionally, about 10 million euro investments have been planned to increase the shipyard’s efficiency. Among CNdM activities, a special focus will be given to operations linked to the optimization of energy efficiency and environmental performances of cruise ships, in line with the new regulations and cruise lines investments strategies. 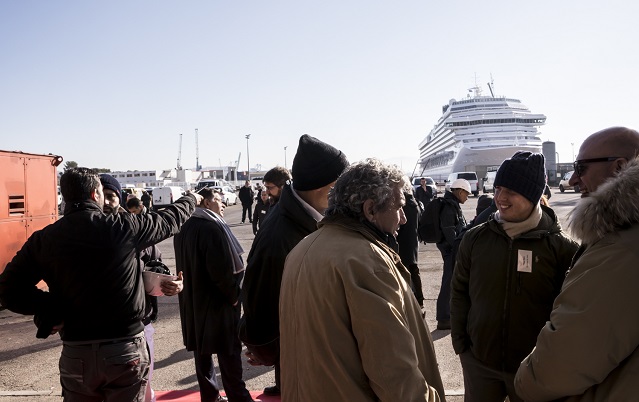