A new video attributed to the Turkish Ministry of Transport shows the moment that the general cargo ship Arvin broke up at an anchorage off the Black Sea coast of Turkey.

At the time of the casualty, the Arvin was making a stopover on a voyage from Poti, Georgia to Burgas, Bulgaria. The Turkish Foreign Ministry reported that the ship had sought shelter at the Bartin anchorage on January 15 after encountering rain, strong winds and heavy seas.

On January 17, as the 46-year-old vessel lay at anchor off Bartin, her hull broke in half in heavy waves. The bridge team made a mayday call, but video evidence suggests that they did not immediately sound the general alarm within the first minutes of the incident. The Arvin split in two and sank shortly after; in video taken from another nearby ship, the chain of her port anchor is intermittently visible as the bow goes under (below).

The ship, named M/V ARVIN, sank off the Inkumu Coast of the northern, Bartin province. Rescue teams have so far managed to rescue 6 of 12 crew members – all Ukrainian nationals – and reached the lifeless bodies of 4 others. But the search and rescue phase is not completed yet. pic.twitter.com/A8aQYxUarD

There were 12 crewmembers on board, including two Russian nationals and 10 Ukrainian seafarers. The initial search was hampered by heavy weather, but six survivors were rescued. The bodies of three more were recovered from the wreck and three crewmembers remain missing.

A port state control inspection in Georgia last year found extensive deficiencies on board the Arvin, including deck corrosion and ill-maintained weathertight hatches, according to her Equasis record. 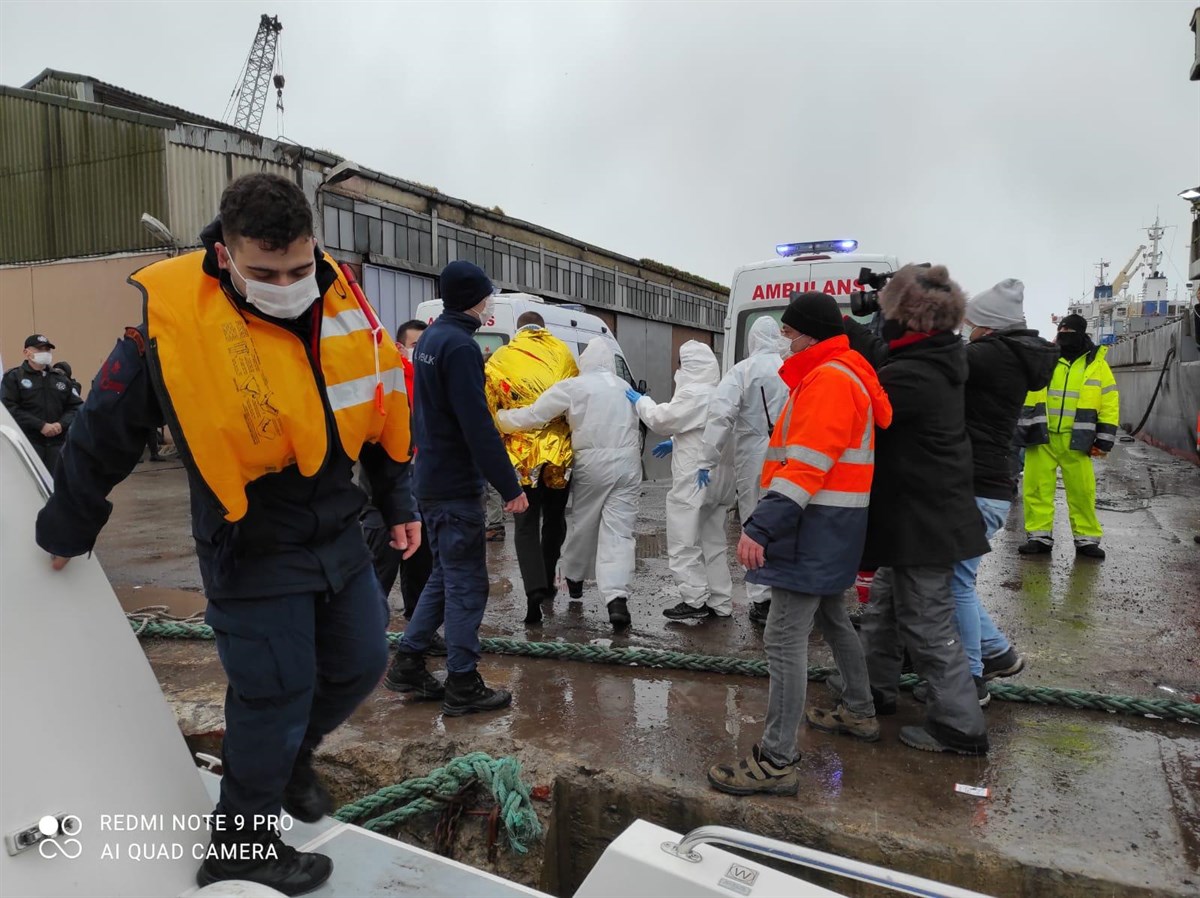