Imports set a second all-time monthly record high this summer, as retailers brought in merchandise for the busy holiday season, and are continuing at unusually high levels this month, according to the monthly Global Port Tracker report released today by the National Retail Federation and Hackett Associates.

Ports covered by Global Port Tracker handled 1.8 million TEUs in August, the latest month for which after-the-fact numbers are available. The volume was the highest recorded since NRF began tracking imports in 2000, topping the previous record of 1.78 million TEU set just one month earlier in July. The record before that had been 1.73 million TEU in March 2015. August was up 1.4 percent over July and 5.6 percent over August 2016. 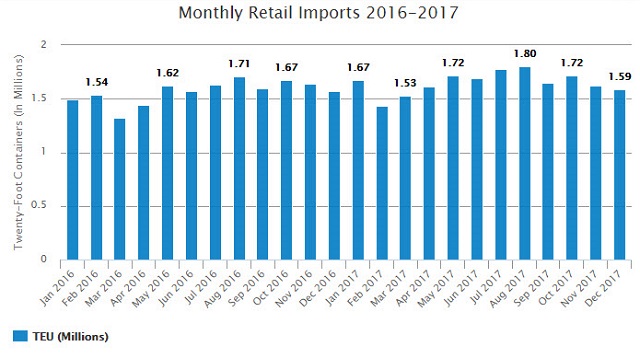 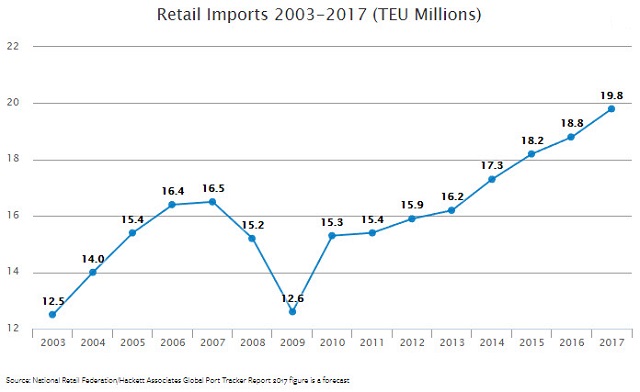 The import numbers come as NRF is forecasting that 2017 retail sales  will grow between 3.2 and 3.8 percent over 2016 and that this year’s holiday sales will grow between 3.6 and 4 percent. Cargo volume does not correlate directly with sales, because only the number of containers is counted, not the value of the cargo inside, but nonetheless provides a barometer of retailers’ expectations.