Seaborne trade expanded by four percent in 2017, the fastest growth in five years, according to its Review of Maritime Transport 2018. Volumes across all segments are set to grow in 2018, with containerized and dry bulk commodities expected to record the fastest growth at the expense of tanker volumes.

The 2018 edition of the UNCTAD Review of Maritime Transport comes with a warning: “While the prospects for seaborne trade are positive, these are threatened by the outbreak of trade wars and increased inward-looking policies,” said UNCTAD Secretary-General Mukhisa Kituyi. “Escalating protectionism and tit-for-tat tariff battles will potentially disrupt the global trading system which underpins demand for maritime transport.”

Despite this, there has been an improved balance between demand and supply that has lifted shipping rates. Freight-rate levels improved significantly in 2017, except in the tanker market, supported by stronger global demand, more manageable fleet capacity growth and overall healthier market conditions.

Supply-demand improvements in the container and dry bulk shipping segments are expected to continue in 2018. Freight rates may benefit accordingly, although supply-side capacity management and deployment remain key. UNCTAD projects an average annual growth rate in total volumes of 3.8 percent up to 2023.

On the supply side, after five years of decelerating growth, 2017 saw a small pick-up in world fleet expansion. During the year, a total of 42 million gross tons were added to global tonnage, equivalent to a 3.3 percent growth rate.

In 2018, the Marshall Islands emerged as the second largest registry, after Panama and ahead of Liberia. More than 90 percent of shipbuilding activity in 2017 occurred in China, the Republic of Korea, and Japan, while 79 percent of ship demolitions took place in South Asia, notably India, Bangladesh and Pakistan.

Graphs and tables below courtesy of UNCTAD's Review of Maritime Transport 2018: 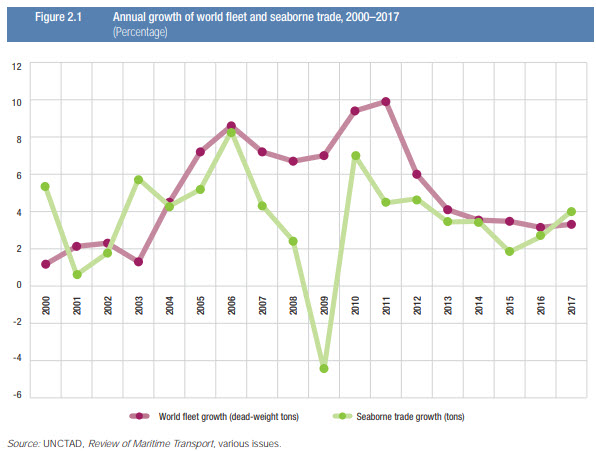 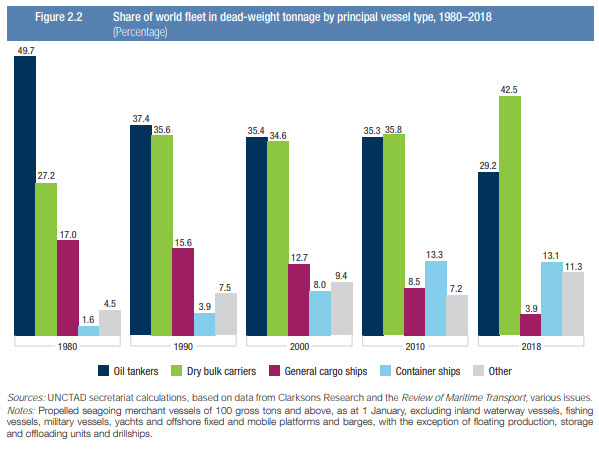 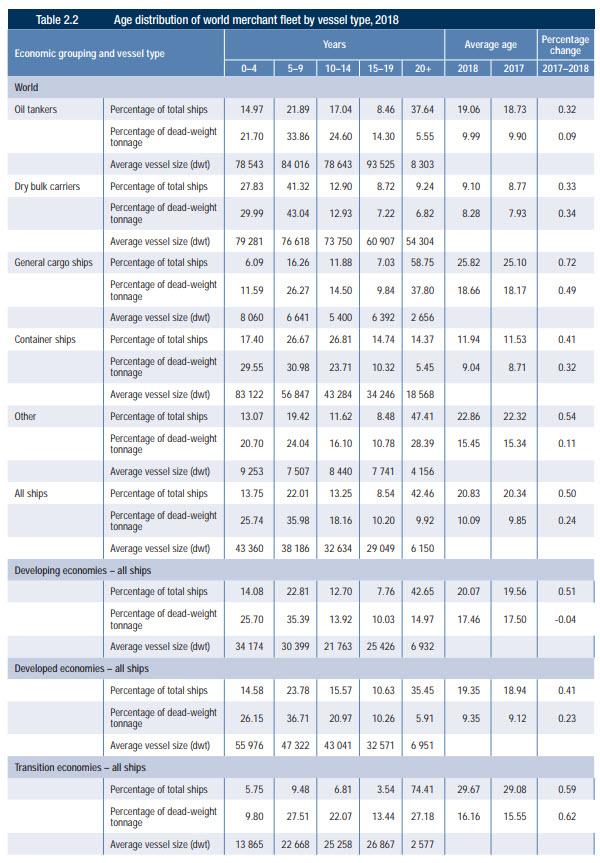 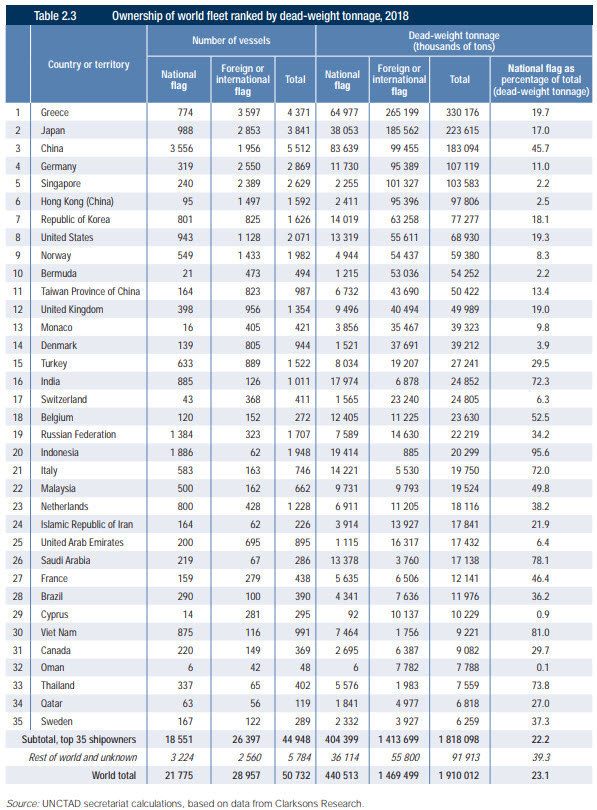