The Turkish drillship Yavuz has arrived at a position about 11 nm off the coast of Northern Cyprus and will soon begin drilling, despite protests by Cyprus and by Turkey's NATO allies.

The island of Cyprus is split between two administrations - the Republic of Cyprus (commonly known as Cyprus), aligned with Greece, and the breakaway Turkish Republic of Northern Cyprus, aligned with Turkey. The Cypriot government in Nicosia lays claim to the entire island, its territorial seas and its EEZ, and it is recognized by the international community as the legitimate government of the island.

Northern Cyprus and Turkey dispute this claim and seek a share of involvement in the island's offshore E&P activity, which has so far been administered exclusively by Cyprus. After oil majors made several lucrative gas finds off the island's southern coast, Turkey stepped in forcefully to claim a share of Cyprus' resources, buying two of its own drillships to prospect without permission. Last year, Turkey also used warships to drive off an Italian drillship that oil major Eni had chartered to explore promising areas of a Cyprus-administered lease block.

The first Turkish-operated drillship, the Fatih, arrived off Cyprus' west coast in May and has already begun its exploration campaign. The second, the Yavuz, arrived last weekend off the tip of the Karpasia Peninsula in the island's far northeast, and the Turkish government says that it will begin operations within a week's time. Neither drillship is operating within the region covered by the existing Cypriot-administered leasing program, which covers 13 blocks for exploration and production to the south of the island (below). 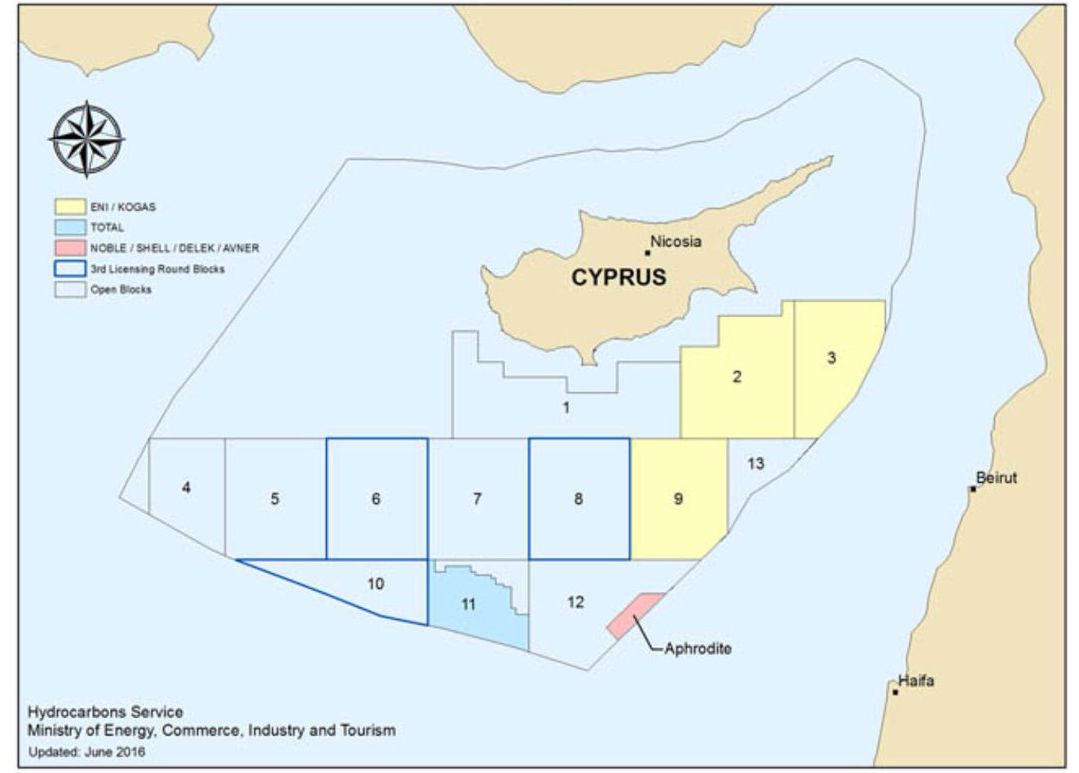 The EU has repeatedly asked Turkey to cease interference with Cyprus' drilling program. On Wednesday, European diplomats are expected to consider the possibility of cutting off aid and limiting the European Investment Bank's lending to Turkey.

"Turkey’s declared intention to illegally conduct a new drilling operation northeast of Cyprus is of grave concern. This second planned drilling operation, two months after the start of the ongoing drilling operations west of Cyprus, is a further unacceptable escalation which violates the sovereignty of Cyprus," said the European External Action Service in a statement Monday. "Turkey's continued actions have a serious negative impact across the range of EU-Turkey relations. As mandated by the European Council, the Commission and the EEAS are about to present options to the Council for appropriate measures."

Limitations on access to EU government-backed credit could be unfavorable for the administration of Turkish president Recep Tayyip Erdogan. With a high debt load, interest rates in the range of 25 percent, inflation of about 20 percent and an unemployment rate of about 13 percent, the Turkish economy may soon face a crisis, many economic analysts warn.