Tug Goes Aground Near Ketchikan

On Wednesday evening, the tug Samson Mariner went aground near Ketchikan, Alaska, resulting in a minor hull breach.

Coast Guard Sector Juneau picked up her request for assistance, and the USCG watchstanders dispatched a response boat and an anti-pollution team to the scene. The Mariner’s crew reportedly managed to plug the hole in the hull and the response crew placed anti-pollution booms around the tug as a precautionary measure. The Mariner is carrying 30,000 gallons of diesel and its barge tow has an additional 40,000 gallons of fuel on board.

No injuries were reported, and three tugs belonging to the Southeast Alaska Petroleum Response Organization took the barge to nearby Ward Cove, where it will be anchored and assessed for damage. As of Thursday, AIS data showed that the Mariner had also been moved to the cove. 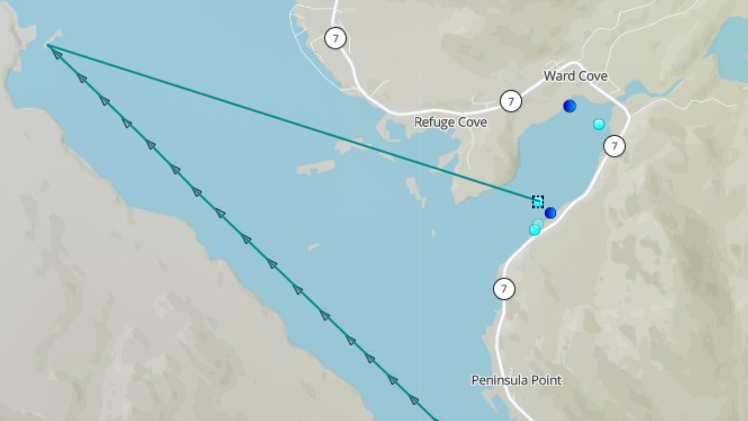 The Samson Mariner was built in 1970 by Halter Marine and was operated by a series of Gulf Coast firms for the first two decades of her life. Samson Tug and Barge of Seattle bought her in 1990, according to her Equasis record, and she has been in service in the Pacific Northwest and Alaska ever since.