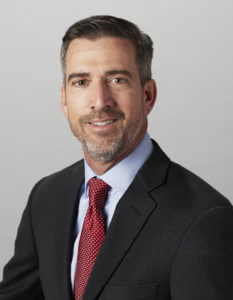 Nolan has served as president of TOTE Maritime's Puerto Rico division since 2014, when it was known as Sea Star Line. He has overseen the division during its transition to LNG fuel, its response to the 2017 hurricane season and the loss of the con/ro El Faro.

Nolan joined TOTE in 2013 from Yusen Logistics Americas (formerly known as NYK Logistics), where he served as senior vice president of the international division. He began his career in 1994 as a candidate for A.P. Moller-Maersk's Management Training Program and rose to become regional director for the Maersk Logistics organization in Mexico, Central America and the Caribbean and senior director of strategy for North America.

Nolan will take over from outgoing CEO Anthony Chiarello, who announced his retirement earlier this year. The transition will be effective July 16. One of Nolan’s first responsibilities will be to identify his successor – the next president for TOTE Maritime Puerto Rico.

“We are pleased that Tim has accepted the role of President and CEO for TOTE. His strong leadership at TOTE Maritime Puerto Rico and more than 20 years in the transportation and logistics industry made him a natural choice to lead Saltchuk’s largest line of business," said Tim Engle, president of Saltchuk.

Nolan and his family will remain in Jacksonville, Florida, and TOTE’s corporate headquarters will shift from to Jacksonville. TOTE Maritime Puerto Rico and TOTE Services are currently based in the city.