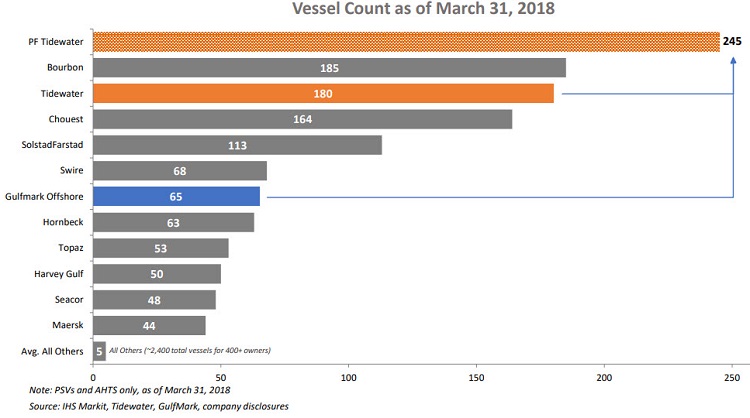 The transaction is expected to produce transaction-related cost synergies of approximately $30 million, which are expected to be realized no later than the fourth quarter of 2019 and additional efficiencies associated with greater scale and scope of operations. The combined company also expects to realize revenue synergies through improved vessel utilization, with future pricing improvements largely driven by a recovery in demand. The larger cash flows and greater diversification of the combined company may also provide access to capital on more attractive terms.

The combined company will be operated under the Tidewater brand and will be led by Tidewater CEO John Rynd. Upon the closing of the combination, the Tidewater Board of Directors will be expanded to ten seats by adding three directors selected by GulfMark. The transaction is expected to close in the fourth quarter of 2018.

Quintin Kneen, GulfMark President and CEO, said, "At GulfMark, we have been longstanding advocates for consolidation of the OSV industry. This transaction is an important first step in that process. The combined company will be better positioned to build upon GulfMark's strong track record in the recovering North Sea region."