The massive marine heatwave in the northeastern Pacific in 2014-16, known popularly as "the Blob," has had multiple knock-on effects on the ocean food chain. The best-known example is its impact on fisheries: the eggs of the commercially-important Pacific cod do not survive well in temperatures above 45 degrees Fahrenheit, and the Gulf of Alaska cod fishery has closed entirely this year due to a collapse in population numbers.

A related phenomenon caused a mass die-off of seabirds, including roughly a million common murres, according to a team of researchers at the University of Washington. In 2015-2016, the time period in which temperatures peaked in the northeastern Pacifc, about 62,000 dead or dying common murres washed up on shores from California to Alaska. When accounting for birds lost at sea, this translates to a total mortality count of about one million murres, the researchers estimated. The majority of those found were adults, and murre breeding rates fell off sharply in the years that followed.

"The magnitude and scale of this failure has no precedent," said lead author John Piatt, a research biologist with the U.S. Geological Survey and an affiliate professor at the University of Washington. "It was astonishing and alarming, and a red-flag warning about the tremendous impact sustained ocean warming can have on the marine ecosystem." 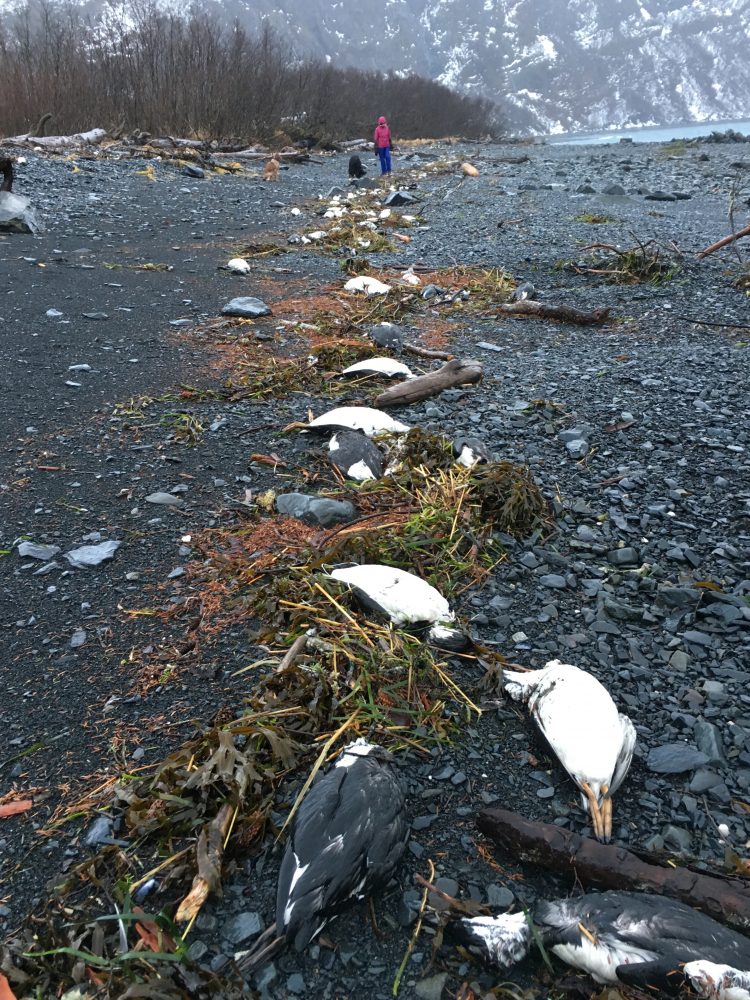 The team believes that two effects of the Blob led to mass die-offs among murres. First, phytoplankton calorie availability went down, leaving less to eat for the small forage fish that murres depend upon. Second, with water temperature up, the metabolism of predatory fish like cod, pollock and hake rose, forcing them to eat more forage fish - leaving less for murres.

“Food demands of large commercial groundfish like cod, pollock, halibut and hake were predicted to increase dramatically with the level of warming observed with the blob, and since they eat many of the same prey as murres, this competition likely compounded the food supply problem for murres, leading to mass mortality events from starvation,” Piatt said.

“All of this - as with the Cassin’s auklet mass mortality and the tufted puffin mass mortality - demonstrates that a warmer ocean world is a very different environment and a very different coastal ecosystem for many marine species,” said Julia Parrish, a professor at University of Washington and a co-author of the paper. “Seabirds, as highly visible members of that system, are bellwethers of that change.”