Using a common boat platform called the Wave Adaptive Modular Vessel (WAM-V) surface craft, all teams had to outfit their vessel with propulsion, sensor and control systems. These systems must be programmed to recognize and compute various data, to help the WAM-V make decisions autonomously as it traverses a course of seven increasingly difficult, maritime-related tasks. The vessels also have to deal with environmental issues like wind, rain and sun glare.

The vessels—without human or computer interaction—had to demonstrate navigation and control; obstacle avoidance; location and sequence; identification and docking; detection and delivery; underwater recovery; and situational awareness. Teams also needed to create a website and video, write a technical design paper outlining their work and give a presentation.

Each task tested students’ mechanical, electrical, computer and systems engineering skills—as well as their presentation prowess and teamwork—while competing for cash prizes totaling nearly $100,000 (which go directly to the school, usually to a robotic club or program).

The week-long biennial autonomous maritime system competition is co-sponsored by the Office of Naval Research (ONR), the Association of Unmanned Vehicles International Foundation and NAVATEK, a Hawaii-based company that designs ships, small crafts and other amphibious vehicles. 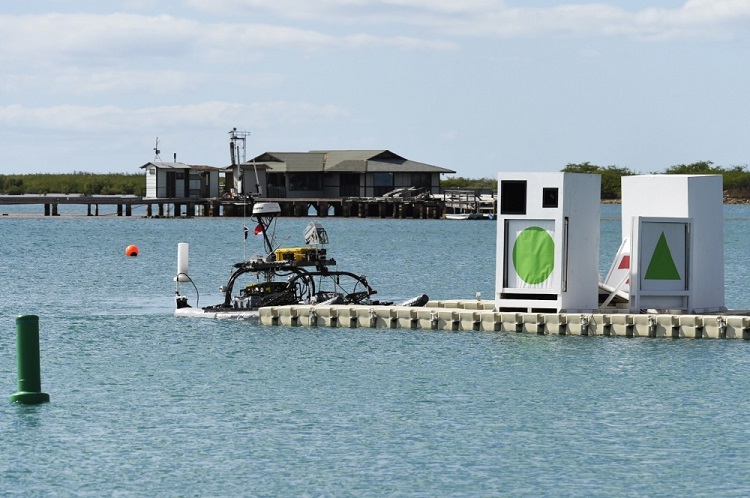 Team Bumblebee from the National University of Singapore completes the docking challenge during the finals. 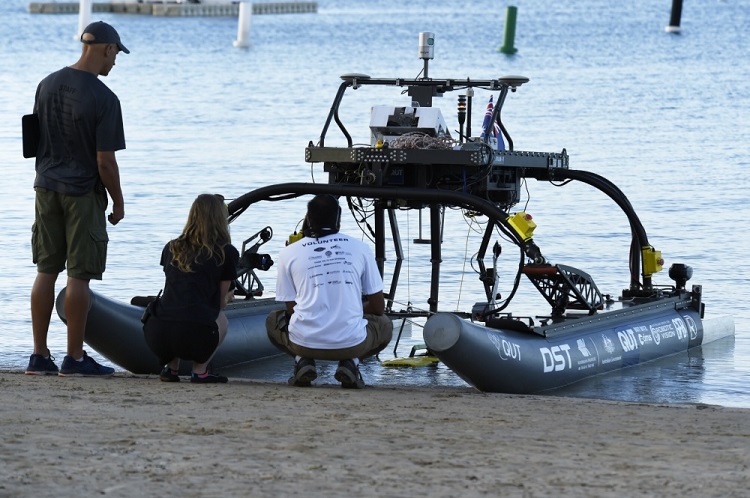 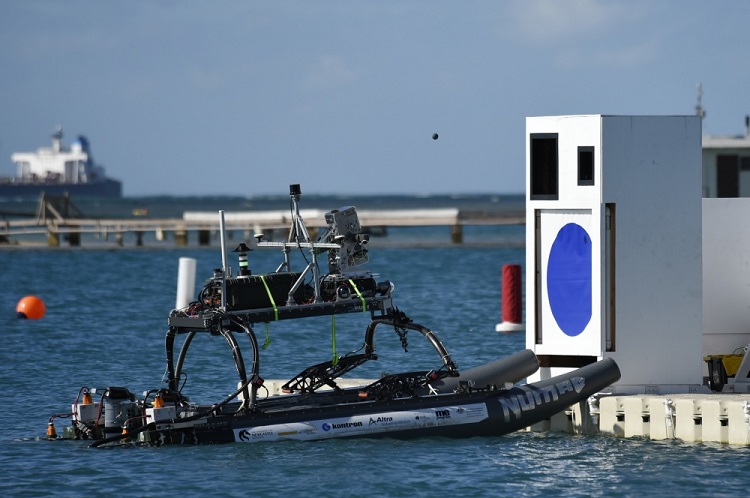 UoN RobotX, an autonomous surface vehicle from the University of Newcastle in Australia, launches a racquetball at the target during the detect and deliver challenge. 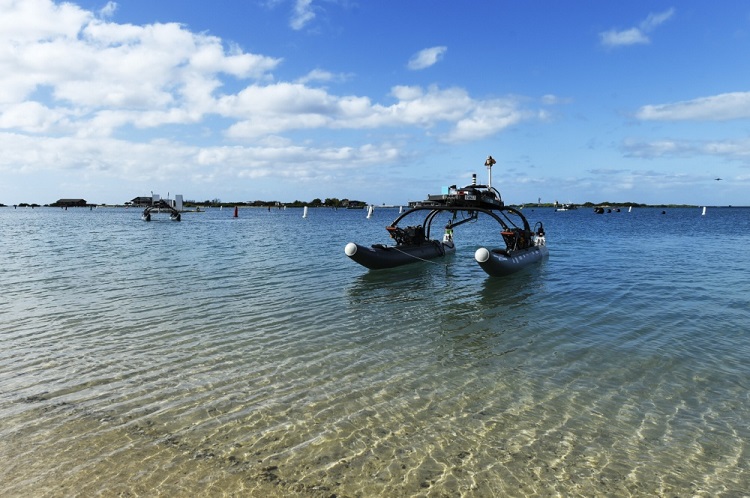 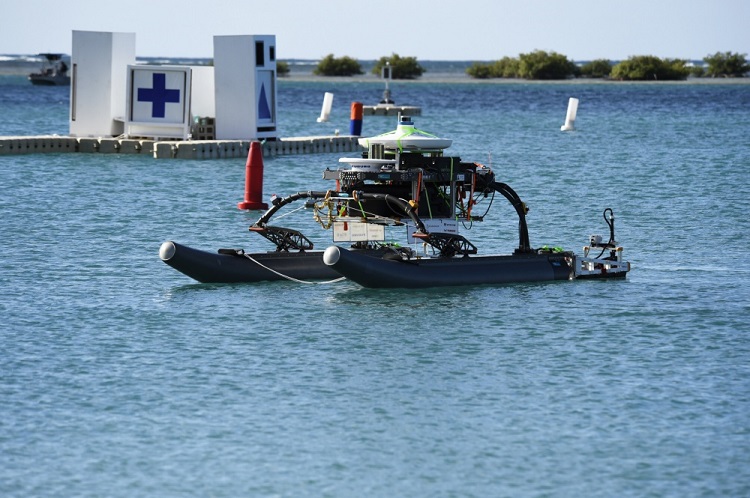 An autonomous surface vehicle from Osaka University in Japan. 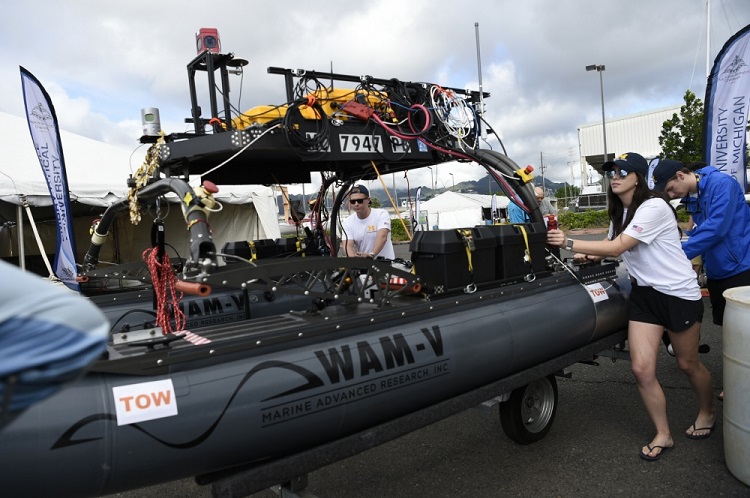 Students from the University of Michigan move their autonomous surface vehicle to the launch area.